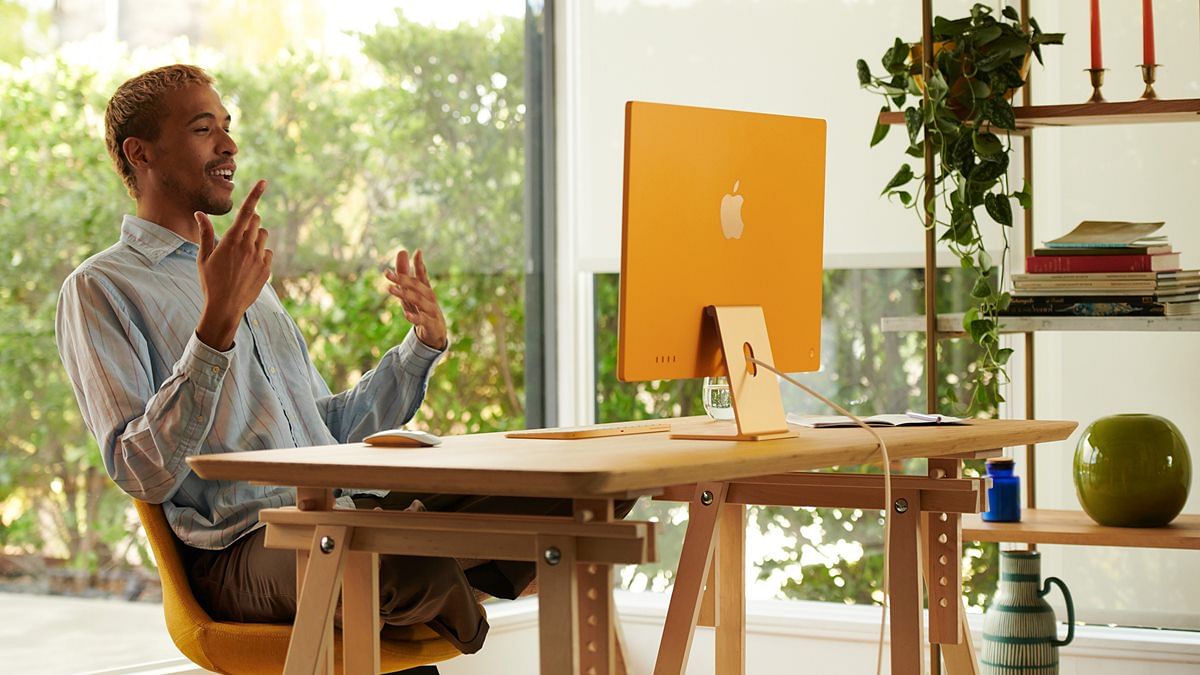 Jakarta, Gizmologi – Since the last few years, it doesn’t take too long for fans of Apple devices to wait for the latest product officially. Just launched at the end of April, now consumers can find out the price of the latest iMac M1, the latest compact computer with many color variants.

Interestingly, the official price of the iMac M1 in Indonesia is not far from the official introductory price. The iMac M1 2021 is an all-in-one computer with a completely new design, different from previous generations. During the launch, Greg Joswiak as Senior VP, Worldwide Marketing at Apple, the presence of chips Apple M1 brought a big leap for Mac.

With the latest design, the iMac is designed to follow Apple’s vision from the beginning, namely to make a computer device that is disguised or invisible. By volume, the dimensions are 50% smaller, with a thickness of only 11.5mm. So how much does the iMac M1 cost in Indonesia?

As before, the price of the Indonesian iMac M1 can be known from the official distributor of Apple devices in the country. One of them is iBox, which also a few weeks ago has brought the latest accessories, Apple AirTag. Comes in a number of units or a package containing four units. Complete with all kinds of original cases.

iBox Indonesia presents the iMac M1 in three different variants. So the cheapest option, the price of the iMac M1 with a storage capacity of 256GB is priced at Rp. 20,499 million. This variant is the most basic variant with a 7-core GPU and two USB 4 (Thunderbolt) ports.

Then there is also a better option that brings an 8-core GPU, as well as two additional USB 3 ports. The price of this iMac M1 variant is around Rp. 23,999 million & Rp. 26,999 million, for 256GB & 512GB capacities, respectively. Installment options are available with varying costs.

For information, the price of the iMac M1 when released globally reached USD 1,299 or Rp. 18.6 million for the cheapest variant, and USD 1,449 (Rp. 21 million) with an 8-core GPU. At the time of writing, the status on the official iBox Indonesia website still states when the stock is running out.

It could be, the stock iMac M1 is being prepared. For its own color options, iBox provides four different options, namely Blue, Pink, Green and Silver.

The Apple M1 chipset on the 2021 iMac M1 brings an 8-core CPU and a 16-core neural engine, which is claimed to provide an 85% increase in performance plus a 2x faster GPU. The use of this chip is what allows Apple to design it much thinner.

The 24-inch screen owned by the iMac M1 has a 4.5K Retina Display resolution, supports P3 wide color gamut and the True Tone feature that adjusts the color temperature according to room lighting. And of course, these new Apple computers are designed to be perfect for virtual calls.

Embedded six different speakers and three microphones with studio quality standards. The FaceTime HD camera above the screen has also been increased in resolution, reaching 1080p. To make it look harmonious, a Magic Keyboard option with the same color is also provided, equipped with a Touch ID sensor.