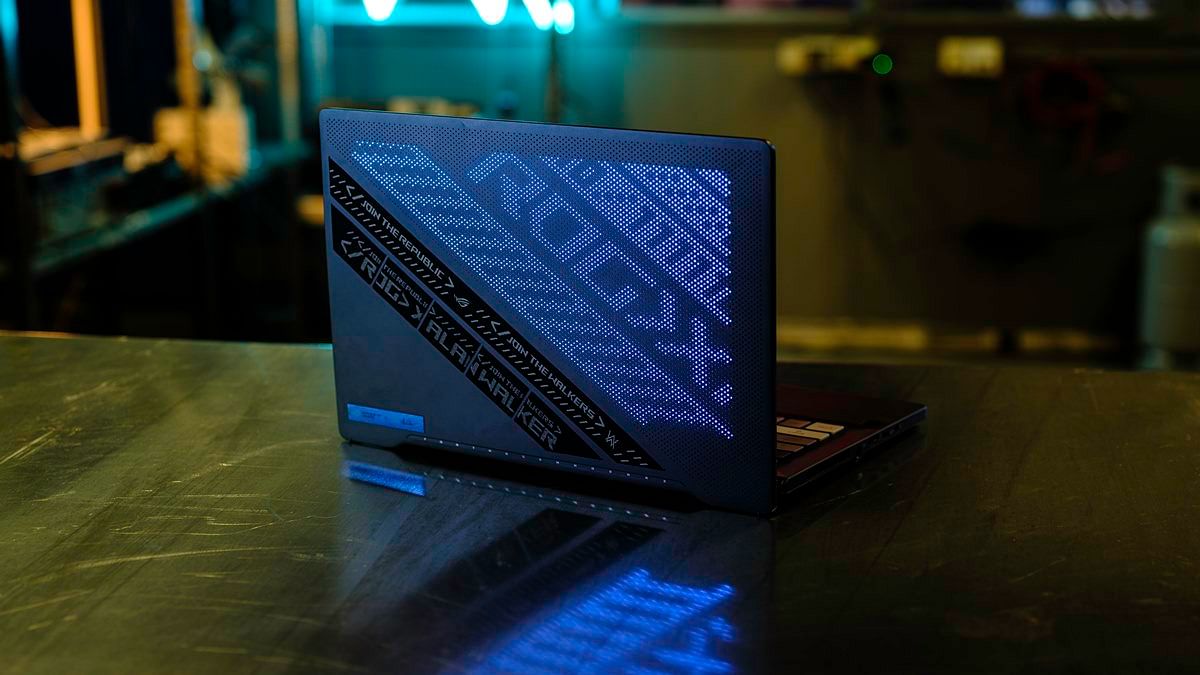 This exclusive variant is a special collaboration between the ASUS Republic of Gamers (ROG), and world-renowned music producer, Alan Walker. Their collaboration resulted in a laptop with a different designed exterior. Aimed not only for gamers but also creative workers. Carrying the main slogan #BornToSlash.

Jimmy Lin, ASUS Regional Director Southeast Asia said that the ROG Zephyrus G14 Alan Walker Special Edition brings a unique design that has never existed before. “We specially present this laptop for creative people in Indonesia,” he explained in a release received by Gizmologi (31/8).

Have a Unique Exterior Appearance

So what makes this ROG Zephyrus G14 Alan Walker Special Edition unique? Look directly at the exterior, really. There is an AniMe Matrix LED section that has an exclusive color accent, namely Specter Blue. The same color accents also appear on the metal plate at the back of the screen, featuring the ROG and Alan Walker logos.

Not only that, ASUS also provides touch details on other parts. In addition to the back of the screen, it is also found on the keyboard to the bottom panel of the laptop. Even when turned on, the initial boot process on the ROG Zephyrus G14 Alan Walker Special Edition will display an exclusive animated logo, plus an exclusive selection of wallpapers.

Apart from the laptop itself, every purchase of the ROG Zephyrus G14 Alan Walker Special Edition unit will also be accompanied by exclusive accessories, found in the sales package. Starting from ROG x Alan Walker Baseball Cap, ROG x Alan Walker Socks, and a one-year JOOX Premium license with a limited quota. And lastly is a special accessory, called ROG Remix.

ROG Remix is ​​an audio remix unit that can be connected with a USB-C cable. Can be played through special software, already included in the ROG Zephyrus G14 Alan Walker Special Edition unit.

Designed to be suitable for content creators, of course, it’s not only performance that must be superior. The 14-inch screen belonging to the ROG Zephyrus G14 Alan Walker Special Edition has QHD resolution with 100% DCI-P3 color coverage, 120Hz refresh rate, and has even been validated by PANTONE standards. Use an IPS-level panel that has a response rate of 3ms.

The performance itself is guaranteed to be fast thanks to the use of the latest generation chipset as well as a high variant from AMD, namely the Ryzen 9 5900HS 8 core 16 threads with a maximum clock speed of 4.5GHz. Combined with 2x8GB DDR4 dual-channel RAM and very spacious 1TB M.2 NVMe SSD storage.

For graphics, it will be very capable thanks to the NVIDIA GeForce RTX 3050Ti GPU. Then in the connectivity section, of course, it supports the WiFi 6 standard plus the ports needed for creators. Such as the USB 3.2 Gen 2 Type C port that supports DisplayPort and PD to USB A ports.

ROG Zephyrus G14 Alan Walker Special Edition is also suitable for those who are mobile because of its relatively compact body. It weighs only 1.7 kilograms, while its thickness is less than 20mm. And with a battery capacity of 76WHr, this latest ASUS laptop is claimed to last up to 13 hours of use.

Also for those who have to work online such as meetings or virtual meetings. In addition to the two-speaker and two-tweeter setup, the ROG Zephyrus G14 Alan Walker Special Edition also has a dedicated microphone that supports AI mic noise-canceling technology.