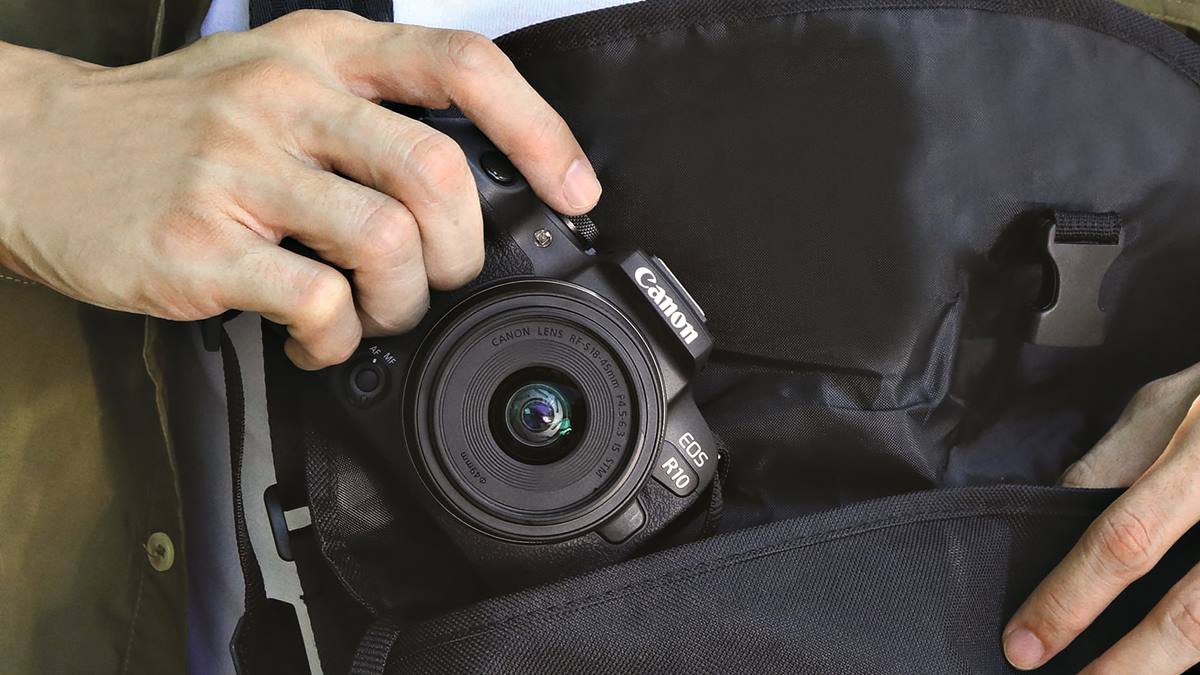 Jakarta, Gizmologi – The need to capture both images and videos is always increasing, and there are many scenarios. Canon as a pioneer of professional cameras, this time presents two new options in the country. Namely, the Canon EOS R7 & R10 which are mirrorless types with APS-C sensors.

Just like Canon products that were officially present before, both Canon EOS R7 & R10 are presented through PT Datascrip as the sole distributor of digital imaging products originating from Tokyo. Also presented are two new lenses, the RF-S18-45mm f/4.5-6.3 IS STM and the RF-S18-150mm f/3.5-6.3 IS STM which are here to optimize the mobility of Canon APS-C cameras.

In an offline launch event (24/8), Monica Aryasetiawan as Canon Business Unit Director PT Datascrip said that the EOS R system has been continuously developed since it was first introduced in 2018. “Currently there are 7 types of cameras and 30 lens variants. available in the EOS R ecosystem, plus more than 70 EF lenses that can still be used with the adapter.”

The presence of the Canon EOS R7 & R10 this time is a new option for photographers and videographers, especially those who want to get the high image quality typical of the EOS R system, in a more compact dimension. Comes with a price difference that is not far adrift, both have their own advantages.

Bring the Advanced Focus Technology of the EOS R3

Of the two series launched, the Canon EOS R7 is the more premium option. The body feels compact, weighing around 610 grams and the outer body is designed to withstand both dust and moisture. So it’s perfect for outdoor photographers such as wildlife photography.

The type of sensor used is not full-frame, but a new type of APS-C from Canon with a crop factor of 1.6 times—providing benefits for those who are looking for a camera with a telephoto sensation. Not only that, 5-axis IBIS technology aka hardware-based stabilization is embedded in the body, the first time on an APS-C EOS camera.

Canon EOS R7’s 5-axis IBIS is claimed to be able to provide up to 8 stops of stabilization for video and photo recording. Coupled with Movie Digital IS which can provide 5-axis stabilization for more stable videos. With a resolution of 32.5MP, Canon’s latest mirrorless can take 4K UHD Fine video, oversampling from the 7K format.

Other options are 4K 60p without cropping, or with Canon Log 3 format for HDR video production and editing flexibility. Utilizing Dual Pixel CMOS AF II and burst mode up to 30fps, there is an excellent feature derived from the EOS R3, namely the EOS iTR AF X, utilizing deep learning technology.

That way, the Canon EOS R7 camera sensor can detect subjects. Users can also choose three main focuses, namely vehicles, animals, and of course humans. Where the camera will intelligently place focus precisely on one of the three options, including while moving.

In addition to the Canon EOS R7, the EOS R10 is also presented with a more affordable price tag. Uniquely, this camera is actually equipped with a built-in flash, like previous DSLR cameras. But unlike the R7 series, this camera is only equipped with one UHS-II SD card slot. The autofocus system remains the same, so it can do tracking according to the type of object you want accurately.

For the video recording itself, it can still be quite good up to 4K 30p, the result of oversampling from 6K resolution. This is because the sensor resolution is lower, which is 24.2 Megapixels, with the same crop factor of 1.6 times. The use of the APS-C sensor allows these two Canon cameras to come with a weight that is 24% lighter, compared to conventional DSLRs in their class.

During the first sale period, there is a special price for the purchase of both the Canon EOS R7 and R10, body-only or with a lens. The Canon EOS R7 is priced at Rp. 23,999 million, while the EOS R10 starts at Rp. 15,999 million. Both are body-only promo prices, and consumers can get discounts on a number of lenses if they buy them at once.