One of the most important component in phone is the batteries.  Right now many smartphone vendors are racing in making their smartphone have a bigger battery capacity, some even go as far as making 10.000 mAh that made the phone looks like a brick.

Have you ever feel that you phone battery is draining in abnormal way that is battery leak, the electricity inside is leaking even if you charge it full. And to solve this problem you need to replace the battery and it cost a lot

There is many way that can make your battery leaking, in this article there is 5 most common thing that can damaged your battery, so let’s get into it.

It is better to charge your phone in electric socket, if you can’t find any them you can use the power bank, but if possible don’t use it daily.

3. Only Charge When the Battery is really low or died

If your phone have 15% percent or less battery live then immediately charge it. Also don’t wait for the batteries to die out before charging, because this will exhaust the battery and damaged the longevity.

4. Playing While the Phone is Still Charging

This action definitely will damaged the longevity if the battery overtime because you cannot eat while running. Many people still doing this even though they know it was bad, I personally sometimes did this. It’s because they probably have something important to do.

But still you can’t do it continuously or else you will damaged your phone battery.

5. Charging While Calling on the Phone

This action not only will damaged your battery it’s also dangerous. There is some cases that people died of an explosion because they was calling someone on the phone while charging. Their phone exploded and so was their head.

So don’t ever call someone on the phone while charging, it is not only damaged your battery it can also endanger your life, don’t play with your life. 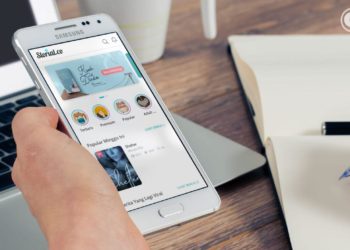