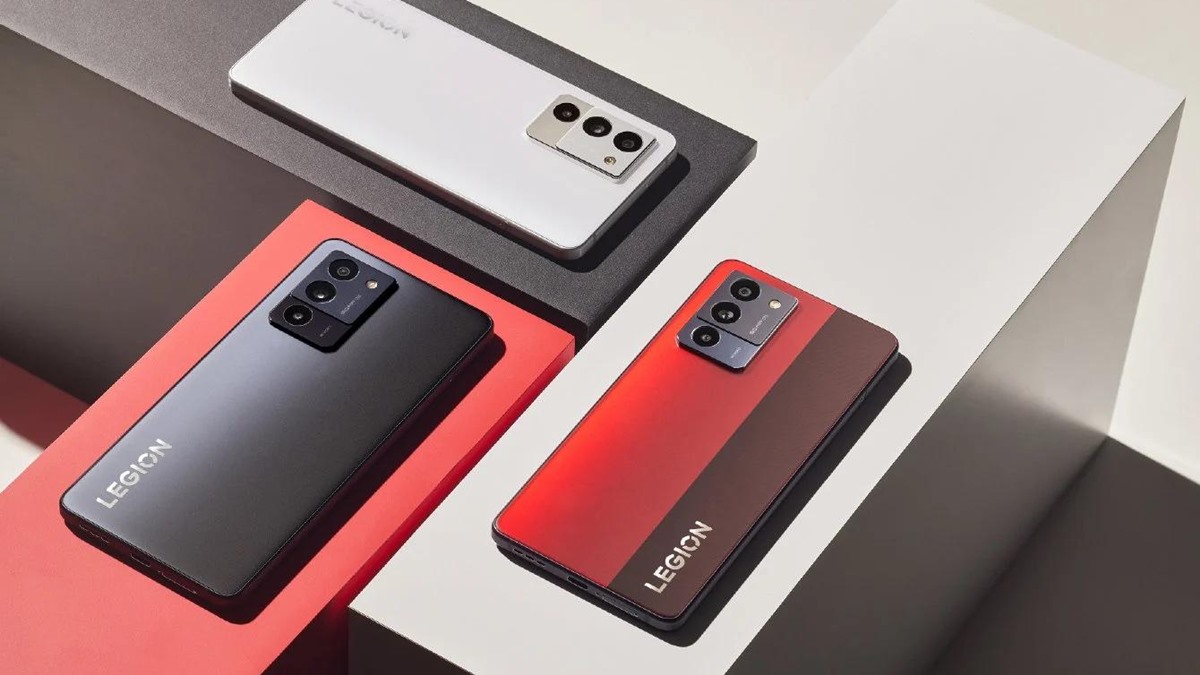 China, Gizmologi – Having previously acquired Motorola, Lenovo continues to present the latest smartphone options with its own brand. One of the highlights is the line of gaming devices, Legion. And this time the Lenovo Legion Y70 comes with a less common appearance, while bringing the best specifications for 2022 gaming smartphones.

Why is it less common? If Gizmo friends pay attention, gaming smartphones generally appear in fairly strong or quirky design characteristics. Call it ROG Phone 6, to more affordable ones like the POCO F4 GT. While the design of the Lenovo Legion Y70 is far from quirky, it tends to look like other middle-class smartphones.

If this smartphone is available globally, it might be the right choice for gamers who want a device with a more generic design. The Lenovo Legion Y70 appears to carry a very thin profile, only 7.99mm. Shown in three different colors, with a red color option that has two different accents.

In addition to being thin, the body of the Lenovo Legion Y70 is made of premium materials. The combination of aircraft-grade aluminum, plus the frame is made of CNC engraved metal. Makes it still sturdy even though the dimensions are very thin.

Looking simple, the Lenovo Legion Y70 screen carries quite fierce specifications with all four bezels that look symmetrical—at least in a number of official render photos. The dimensions are 6.67 inches with a full HD + OLED panel. Which is great, it supports a refresh rate of up to 144Hz plus a touch sampling rate of up to 1500Hz. Provide the best tactile responsiveness.

Lenovo did not mention the placement of the fingerprint sensor, so it is estimated that it will be pinned on the side like the POCO flagship. The front camera of this smartphone uses a punch-hole type, 16MP resolution. While on the back, the setup used is quite proud.

Through a combination of three different sensors, the Lenovo Legion Y70 camera has a 50MP resolution with a large 1/1.55-inch sensor and OIS + EIS stabilization. While the other two are quite common in their class, namely 13MP ultra wide-angle and 2MP depth sensors.

Moving on to the part that makes the Lenovo Legion Y70 interesting. Although thin, Lenovo says it has managed to embed a hardware-based cooling solution up to 10 layers, only 0.55mm thick. The vapor chamber is claimed to be the widest in its class, so it can spread and dissipate heat more optimally than all the components in it.

Lenovo has also used the Snapdragon 8 Plus Gen 1 chip for the Lenovo Legion Y70, combined with up to 16GB of LPDDR5 RAM and up to 512GB of UFS 3.1 storage. As for the battery, the combination used is quite interesting. In terms of charging, maybe it’s not the fastest with 68W fast charging. However, the Lenovo Legion Y70 battery is quite large, which is 5,100 mAh, especially on a very thin body.

This smartphone runs ZUI 14 based on Android 12. The price of the Lenovo Legion Y70 itself is quite affordable, starting from CNY2970 (Rp6.4 million) for the 8+128GB variant, to CNY4270 (Rp9.3 million) for the highest version 16+512GB. And like ROG, Lenovo provides a number of additional accessories such as extra triggers, a protective case that also functions as a cooler and more.