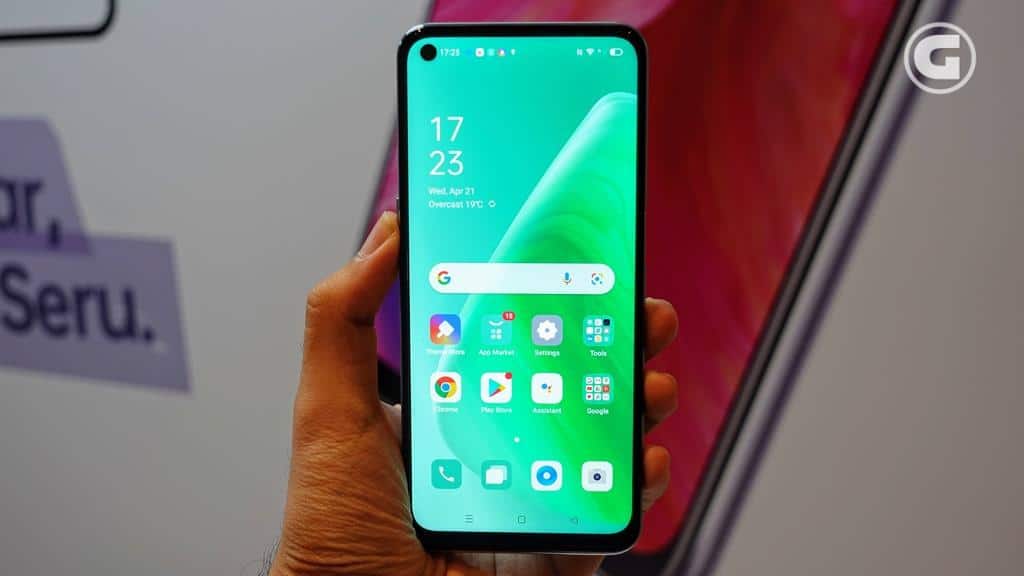 Apart from the OPPO A74 5G, the 4G version of the device was also inaugurated, aka the release simultaneously as in the Philippines some time ago. However, prices in Indonesia are much cheaper, making them very attractive to consumers in the country.

OPPO A74 5G is equipped with an NFC sensor

Through the OPPO A74 5G, it is hoped that more consumers in Indonesia will choose smartphones that are more future-proof in terms of network support. This smartphone has a large 6.5 90Hz screen, although it’s not AMOLED yet. Comes in a thin profile (8.4mm) and lightweight (179 grams).

Looking at the numbers, Snapdragon 480 actually has a performance to be proud of. Compared to Snapdragon 460, the CPU & GPU performance increase is more than 100%. Coupled with 6GB LPDDR4x RAM and 128GB UFS2.1 internal storage.

Prioritizing performance, the OPPO A74 5G is also presented as an affordable gaming smartphone from OPPO. Inside, there is a Multi Cooling system that can cool down the temperature, via two strategically placed plates. Plus software-based features like Game Space.

There are four camera sensors with a 48MP main sensor on the back, a 108MP capture mode. 5,000 mAh battery capacity supports 18W fast chat. Interestingly, the official variant in Indonesia comes with NFC. Then the OPPO A74 5G can be an affordable price option that has this sensor, plus a 3.5mm audio jack.

In addition, the 4G variant was also introduced, using the Snapdragon 662 chip. If the designs look identical, the weight and thinness are better, at 175 grams & 7.9mm respectively. With two different color options.

The camera setup is precise, it’s just that the ultra-wide sensor on the back is removed. The battery capacity is the same, but it actually supports 33W Flash Charge, it can be fully charged in about 70 minutes. NFC was also eliminated on this device.

While at the front, there is a 6.43-inch screen that uses an AMOLED panel instead. Complete with an in-display fingerprint sensor (side-fingerprint sensor on OPPO A74 5G), even though the refresh rate is still 60Hz. Both run the latest ColorOS 11.1 with gaming features such as Bullet Notification.

As previously mentioned, the OPPO A74 5G is actually cheaper than other countries. However, these devices are only sold online, in collaboration with the e-commerce site Shopee Indonesia. Price? IDR 3,699 million.

Meanwhile, efforts are being made for the OPPO A74 4G version so that it can be sold in the not too distant future. The price is not much different, IDR 3,499 million. Because there are more and fewer factors, consumers can choose between the two according to their individual needs.