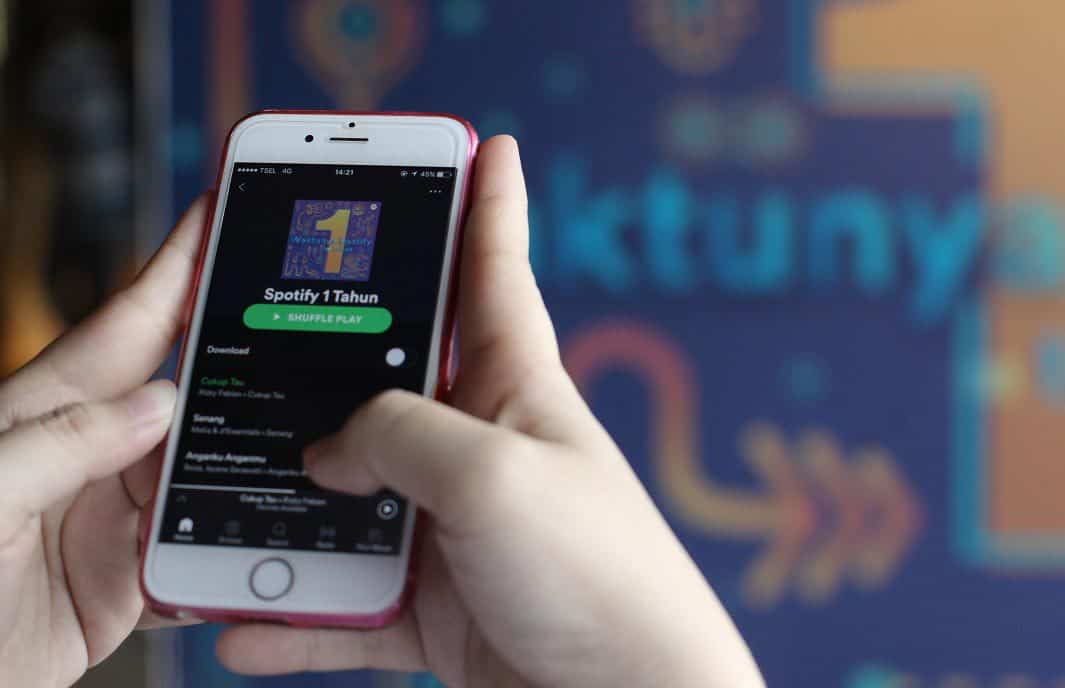 Undoubtedly, of the many streaming music apps currently available, Spotify is the most popular. Based on data from MIDiA Resarch, until December 2016 the number of subscription music subscribers worldwide reached 100.4 million. Of that number, Spotify dominates by 43%. In Indonesia itself, the service is also very populer. Even Spotify Indonesia is the fastest growing market in Asia.

Within one year of its operation in Indonesia, Spotify Indonesia currently plays more than 3.9 billion songs with a playback time of over 11 billion minutes since its launch last year. This was revealed by Sunita Kaur, Spotify Managing Director for Asia, during a 1-year Spotify press conference at Cloud Lounge, Jakarta (5/10).

According to the woman who once served as director of Asia Facebook, the Indonesian people really love the songs, especially if available on a platform that can bring together communities and communities. “We want to continue to develop it, and ensure that everyone can enjoy their favorite songs, and the chance to get the latest songs from local artists that are on the rise,” she said.

Since its launch, Spotify Indonesia has introduced various features that complement the habits of its users in Indonesia. So it encourages them to continue listening to the song on Spotify throughout the day. Everyone can enjoy something different, through features like Browse, Discover Weekly or Daily Mix. With these features, users can not only enjoy songs and music that sound familiar to them, but also hear songs from new and different artists and genres.

Although Spotify is a global brand, Spotify also supports the country music industry. Spotify features the best local music of different genres and regions, coupled with music from around the world. For example, Spotify Indonesia features unique Indonesian tastes in some playlists such as Kopikustik, Generasi Galau and Mager Worah.

As part of local content provision, Spotify Indonesia embraces six new musicians in the 2017 Early Noise playlist. They are Bakhes, Gloria Jessica, Maruli Tampubolon, Rendy Pandugo, Soundwave and Vira Talisa. Spotify parties believe they are ready to break the flow of Indonesian music and recorded his name in the music industry in the country.