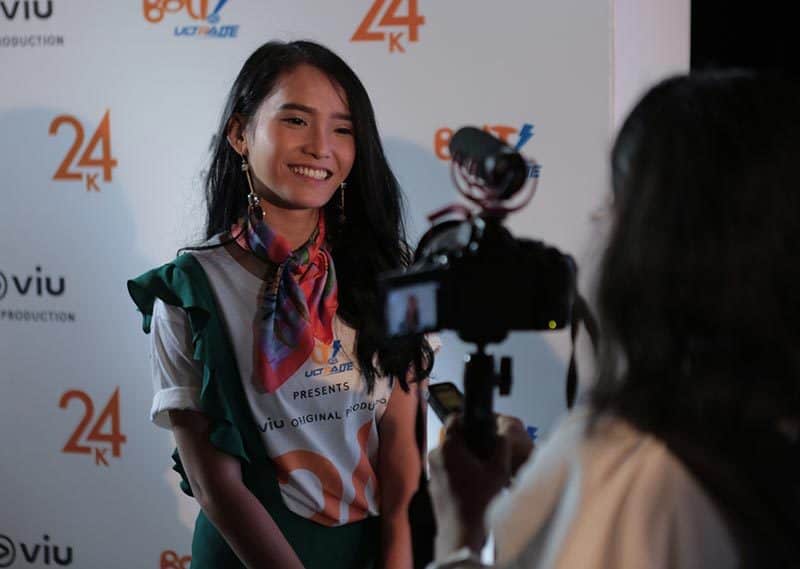 To enliven the holy month of Ramadan, Vuclip, PCCW’s media company and premium video-on-demand service provider announced a short 24 Karat series. Original series is the result of collaboration between Viu with BOLT, operator 4G LTE in Indonesia. 24 Karat is an Indonesian romantic comedy series that every episode will premiere on Viu in Indonesia every Friday during this month of Ramadhan.

Varun Mehta, Country Manager, Viu Indonesia says the series is more than just a regular Ramadan story. This is the way Viu fills the holy month of Ramadan by giving something very unique to Viuers (Viu users). “The story is fresh, funny and very reflective of everyday life through unique players and stories, I believe Viuers will enjoy this series just as our team is happy to produce it with Alyandra,” Varun said.

The 24 Karat series tells the story of J and Puspa’s journey, two customer service tested during Ramadan. They have to deal with many guests with diverse personalities. One day, a guest comes to visit and disappears in just a few moments, leaving something that will forever change the way J sees his job and even his life.

24 Karat was directed by Alyandra Pandjipoera, a young director who has produced more than 50 works such as ondon Love Story, My Idiot Brother, Lagu Untuk Tuhan, Satu Hati Sejuta Cinta, and Potong Bebek Angsa. “As a film director, working with Viu is very exciting, I plan to take a new approach, unlike what we usually see in movies or on TV in Indonesia and creatively express themselves through this new medium,” Alyandra said.

The series will feature a series of programming that will be acting, including Lee Jeon-Ho On, Bryalle Benoza Frosi, Adila Fitri, Phillipe Koest, Bhakti Perkasa. Adila Fitri as the female lead of the series, is a young Indonesian rap and actress singer who was also nominated at the Indonesian Box Office Movie Awards 2017 for the best supporting role category at London Love Story.

This Original Viu is exclusively offered by BOLT. Lilies Surjono, Head of Marketing Communication BOLT, said it is very happy to be part of this program that will bring us closer to our customers.

“This series is the right choice for you after ‘dawn’, lunch break, and time of ‘ngabuburit’ during Ramadan.BOLT always provides new and innovative ways to connect with customers, and 24 Karat can make it happen,” said Lilies.

24 Karat will be available exclusively on Viu starting from May 26, 2017, in 6 episodes with a duration of 10 minutes. This series can be accessed from www.viu.com or by downloading Android app from Google Play or iOS App from Apple App Store.

During Ramadan, Google Play Give 80% Discount for 36 Favorite Games of Indonesia

During Ramadan, Google Play Give 80% Discount for 36 Favorite Games of Indonesia