Grab, Southeast Asia’s flagship mobile application and payment application platform celebrates its fifth anniversary. In Indonesia itself, the startup which was originally born in Malaysia is starting to operate since 2014.

Until now, Grab is one of the hubs for ride-hailing for consumers in Indonesia and Southeast Asia with nearly 2.5 million trips per day and 70% market share in private vehicle sector (car and motorcycle). With over 930,000 driver partners already allowing Grab to tackle various transportation problems in the region, as well as improve their living standards and technological literacy.

Ridzki Kramadibrata, Managing Director of Grab Indonesia said that in celebration of the fifth anniversary and the third year we operate in Indonesia, it is very proud to be a company capable of achieving various positive achievements.

“Grab has created another source of revenue for driver partners while encouraging them to use technology in the form of smart devices and non-cash payments.With our extensive range of transportation services we have contributed to making travel easier, safer and more Efficient,” Ridzki said.

In the course of these three years, here are some of the achievements Grab has made in Indonesia:

Outside of business, the company strives to have a positive impact on society. In Indonesia, they also hold GrabSchool with more than 300 partner children’s driver’s given skills beyond the academic syllabus, including entrepreneurship, creativity, innovation, and future planning.

Grab gives its driver partners access to more funding opportunities to buy their own smartphones and vehicles, giving them the opportunity to build sustainable lives and become micro-entrepreneurs.

As part of the anniversary celebration, Grab also conducts research based on its travel data. The research reveals interesting facts showing the habits of Jakarta residents in traveling: 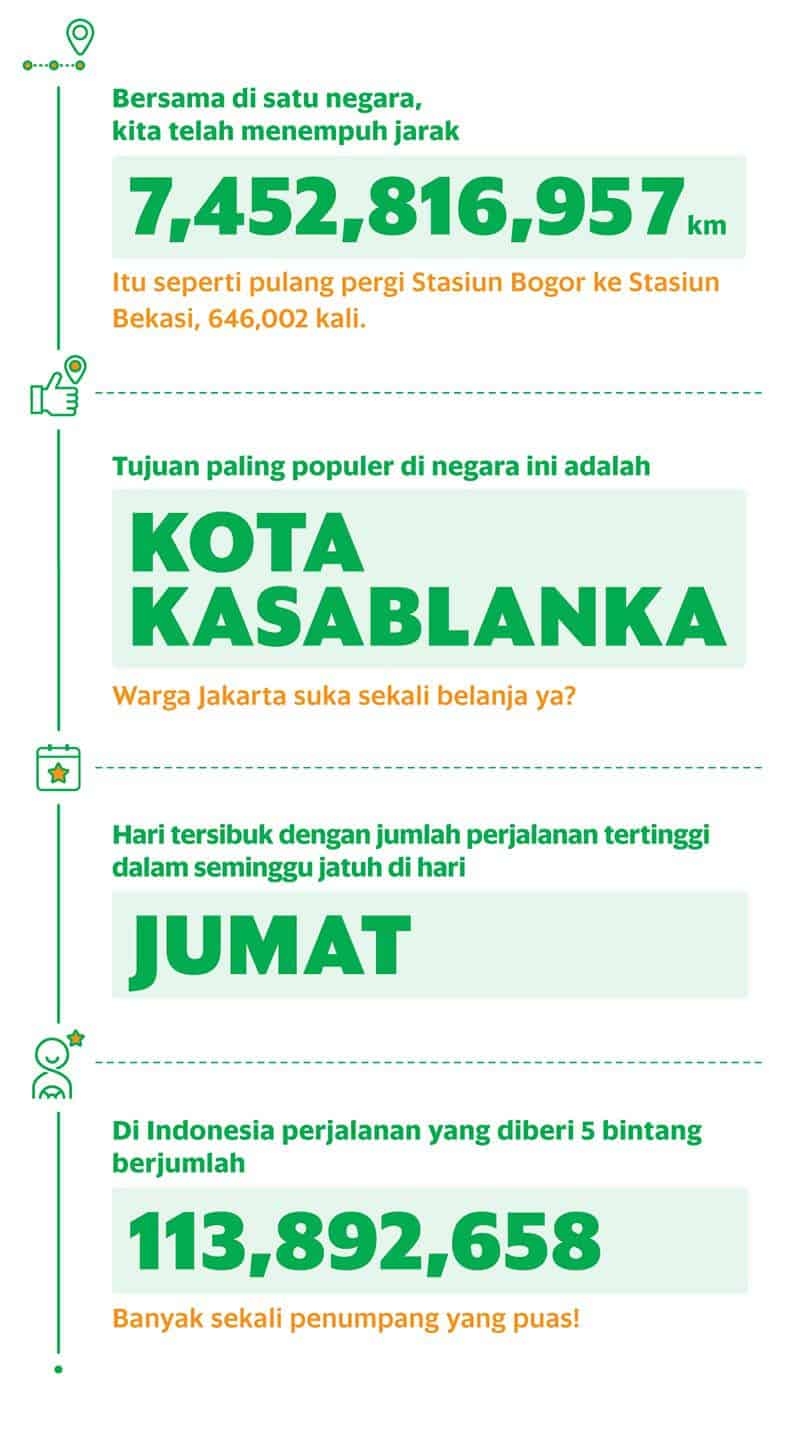