AOC Take Advantage of ‘Kingsman: The Golden Circle’ Movie as a Promotion Event 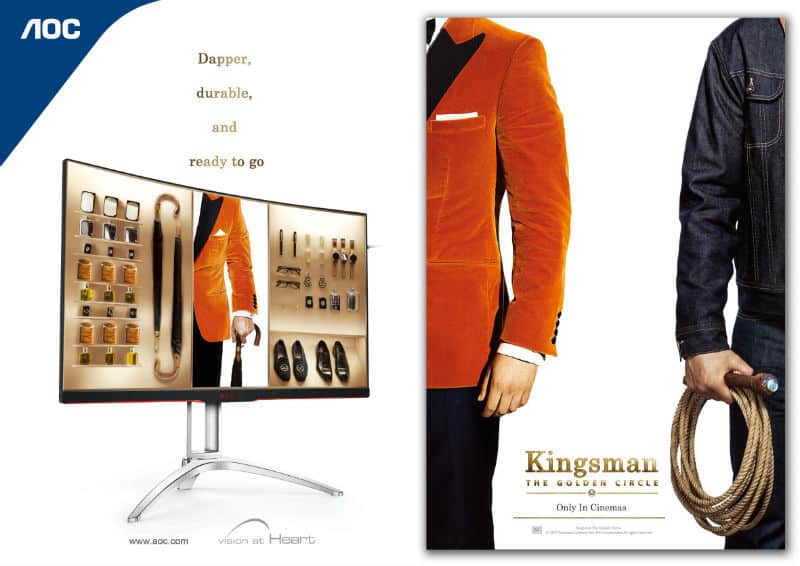 For movie lovers certainly will not miss the latest adventures of the flamboyant agent duo Eggsy and Harry Hart at Kingsman: The Golden Circle. So no wonder if the AOC take advantage of the momentum of this film as a promotional product for its monitor.

To be sure in the movie teaser poster starring Colin Firth and Taron Egerton, Kingsman’s weapons and equipment agents are visible on the AOC monitor screen with the tagline “Dapper, durable, and ready to go”. Apparently, AOC wants to emphasize that the technology and design offered through its monitor really represent the flamboyant agent’s figure, sophisticated, powerful, and stylish.

In an official statement received by Gizmologi, AOC claims that it seeks to bring high-tech screen solutions to users from all walks of life. Even its monitor users are described as Kingsman’s agent characters who always use innovative technology as part of a mission to solve problems that change the world.

This is not the first time AOC has collaborated with Twentieth Century Fox Film in promoting its monitor products. Previously, this vendor has also utilized the X-Men movie: First Class and The Martian‘s big studio release as part of the promotion.

Well, the monitor products that appear in the Kingsman poster teaser: The Golden Circle is one of the AGON series lines that AOC launched last year. The monitors are in ancient Greek meaning “competition” is a premium gaming dedicated monitor. 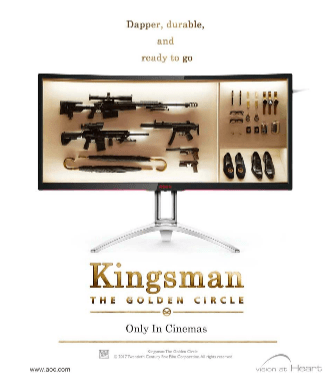 The gaming world is loaded with competition, inspiring AOC to bring products that could be victorious with superior technology and specifications. This philosophy is considered similar to the story of Kingsman: The Golden Circle that uses advanced technology in the fight against existing criminals.

Kingsman: The Golden Circle is currently playing in a global cinema. In the United States, the directed film managed to depose It from the top position for two consecutive weeks, with revenues of US$ 35 million. In Indonesia, this film is also able to attract attention, especially Eggsy fanbase is quite a lot.