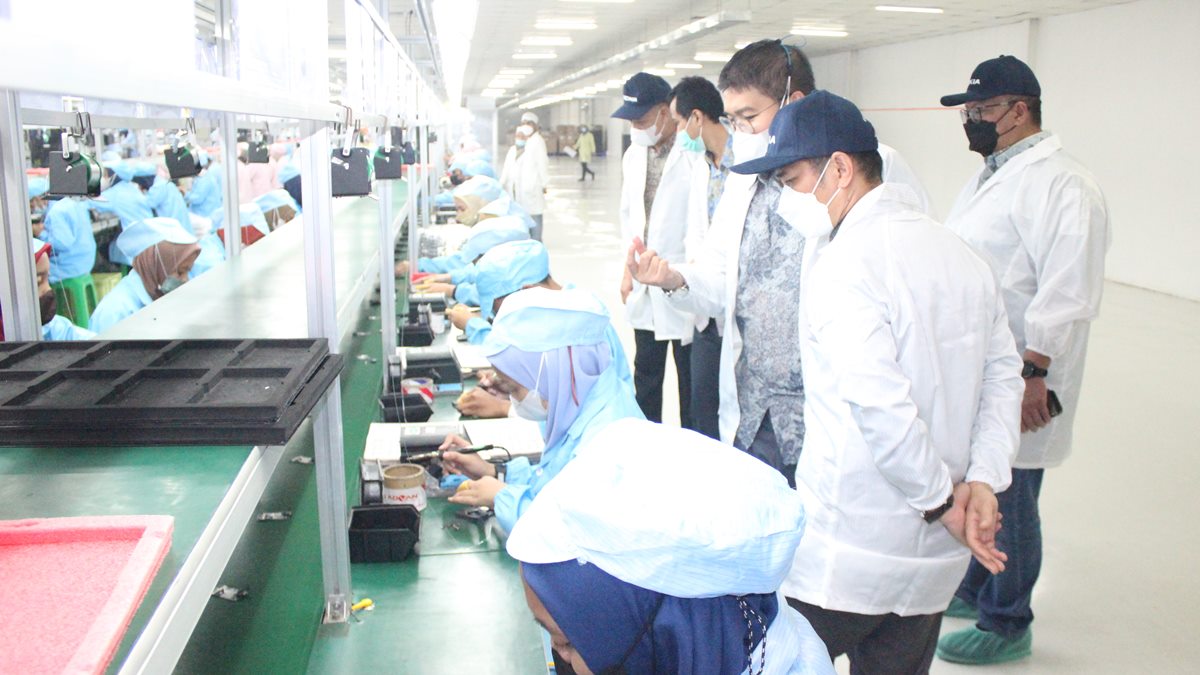 Jakarta, Gizmologi Even though there are now a lot of smartphone options in various price ranges, feature phones are still the choice of a number of people. Especially Nokia feature phone which is known for its reliability, ranging from physical endurance to long battery life.

For the production of Nokia feature phones in Indonesia, HMD Global as the sole licensee for Nokia smartphones & feature phones has just announced its collaboration with Erajaya Group.

These Nokia phones are manufactured in a manufacturing facility located in the Candi Industrial Estate, Semarang, Central Java. This mobile phone assembly factory is owned by PT Bangga Teknologi Indonesia, which is known to have a local smartphone brand, Advan.

Until now, Nokia phones are still being updated. Although in terms of features maybe that’s all, there are still parts that can be improved. Starting from the design, to the availability of 4G network support. Perfect for those who still want to be connected to the internet, but don’t want a smartphone with a myriad of unneeded features, at a much cheaper price.

Facilitate the transfer of practical and effective technology

The inauguration of the inaugural production of Nokia’s feature phone with Erajaya Group was held on Thursday (11/8) yesterday, through ceremonial events from various parties. Including the director of IET (Electronics & Telematics Industry) from the Ministry of Industry of the Republic of Indonesia, as well as representatives from the management of Erajaya Group and HMD Indonesia.

Hasan Aula, Deputy CEO of Erajaya Group said that his party was proud to announce the first production of Nokia feature phones as a result of cooperation between the two parties. “This is a tangible form and embodiment of our support for the government’s efforts to increase domestic production, and encourage people to use domestic products more than imported products,” he explained in a release received by Gizmologi (11/8/2022).

Erajaya Group hopes that this latest initiative with HMD Global can have a positive impact on the wider community, especially in Semarang. Because it can help create jobs for the surrounding community, as well as help alleviate poverty and improve education.

The presence of Nokia feature phones produced in Semarang will also facilitate the transfer of practical and effective technology, which will have a positive impact on the development of the country’s mobile phone industry. The latest Nokia feature phone will be available at the Erajaya Group retail network in the near future.

Even though there is no echo in Indonesia, HMD Global itself just launched a number of interesting devices last July. In addition to the compact Nokia T10 tablet, there are also three new Nokia feature phones, each of which has its own charm. Like Nokia 5710 XpressAudio which has built-in TWS earphones, stored in the rear body.

Besides, there are Nokia 8210 4G which again carries a nostalgic message, imitating the old Nokia feature phone which at that time was so popular that it appeared in many television series. So far, Nokia’s feature phones with 4G networks have never been officially available, due to TKDN limitations where the Nokia 3310 4G and “Nokia Banana” run a special operating system, KaiOS.

But on the Nokia 8210 4G & Nokia 2660 Flip, both only run the S30+ operating system like other Nokia 2G feature phones. It is possible, with the latest collaboration with Erajaya Group, series that support this more modern network can be officially present. We’ll just have to wait for the latest news.