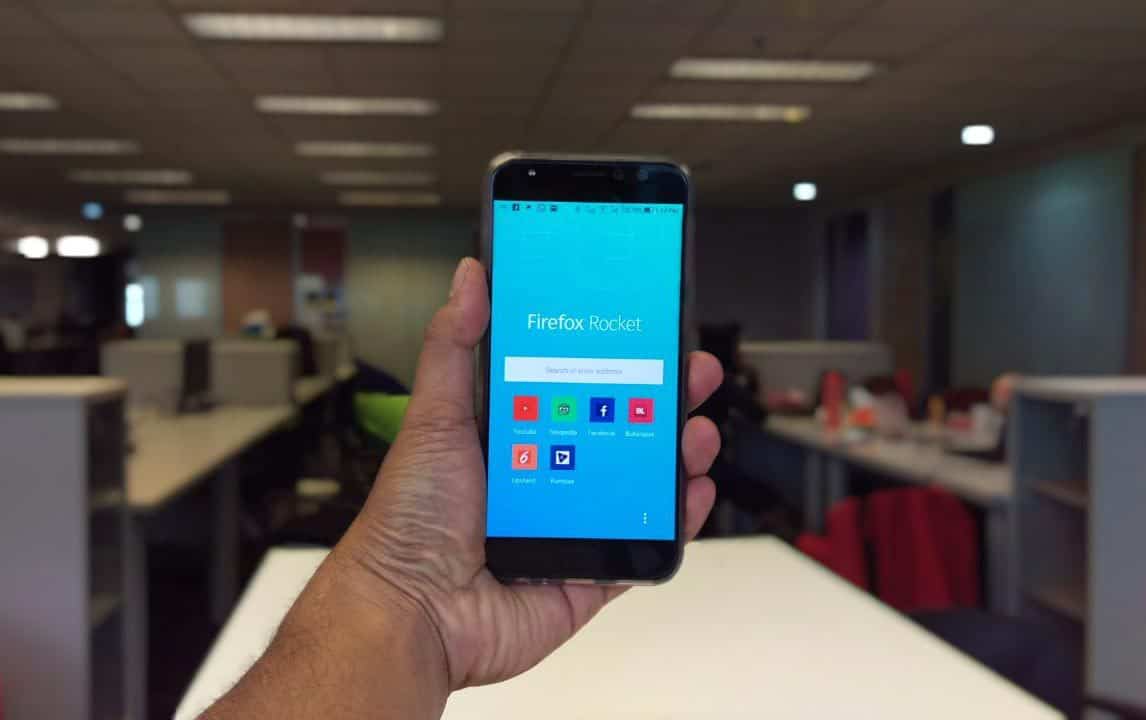 Southeast Asia, especially Indonesia has become a new magnet for the digital industry. This country has become an important Internet market for a number of technology companies, even Mozilla developed a special browser called Firefox Rocket. How come?

Yes, Mozilla to create a Firefox Rocket browser designed specifically for the people of Indonesia. The reason is that Indonesia is the fifth largest country in the world for the number of Internet users and become the first mobile country that almost 70% of the population access the Internet using mobile devices.

In addition, they have also done user research. The results of the research found that about 40% of young Indonesian users are not satisfied with the default browser on their phone because of its slow speed. Given this, Mozilla is developing Firefox Rocket, a fast and light Android browser customized for Indonesian users.

With a fast and lightweight browser, we can save data and storage on the phone. The size of the Rocket APK APK that can be downloaded for free on the Google Play Store is only 2.39MB, much smaller than Firefox Mobile’s main browser which reached 37 MB or 31 MB Google Chrome. Of course, this would be a solution for low-end phones that are a small internal memory.

With a small file size, run this application is also quite fast which is about 1 second only. In addition, with Rocket Firefox we can take, share content and browsing can be done quickly, even with slow connections. The method is to optimize web pages to appear faster

If you look at the function, we think Rocket Firefox is more like a lite version of Firefox Mobile browser. Due to a number of features that are not included here and present only important features. It’s more simple though if you want to do some things, it’s difficult. For example, simply replacing a web shortcut in the main view is not a menu.

Some of the main features of Firefox Rocket include Turbo Mode, Screenshot, Clear Cache, Storage Control, and Block Images. We can make browsing faster with Turbo Mode which blocks ads to store data. If you want more efficient, we can easily block the loading of images (Block Images) and use the Screenshot feature to access the content offline.

With Storage Control, we can save downloads to SD card and empty the phone storage easily and use Clear Cache feature to further empty mobile storage. The most important feature for us and nothing in Firefox Mobile is this Screenshot. Moreover, the screenshot feature captures the entire web page from top to bottom.

While the feature we think is important is the Multi Tab just missing in this lightweight browser. Joe Cheng, Mobile Browser Product Manager Mozilla, at the launch of the Firefox Focus browser in Jakarta (7/11) quibble, the average user never returned to the previous tab. They leave the web tab just like that.

Based on research conducted Firefox, the average user enough with a single tab. This is what underlies Firefox Focus on only one tab. Nevertheless, the Mozilla will still plan to bring this feature because it became the number one request, although not sure the release time.

Currently, Mozilla only focuses on developing Firefox Focus for Indonesian market only. But it is not impossible if later successful here, they will present it also in emerging markets that conditions infrastructure similar to Indonesia.