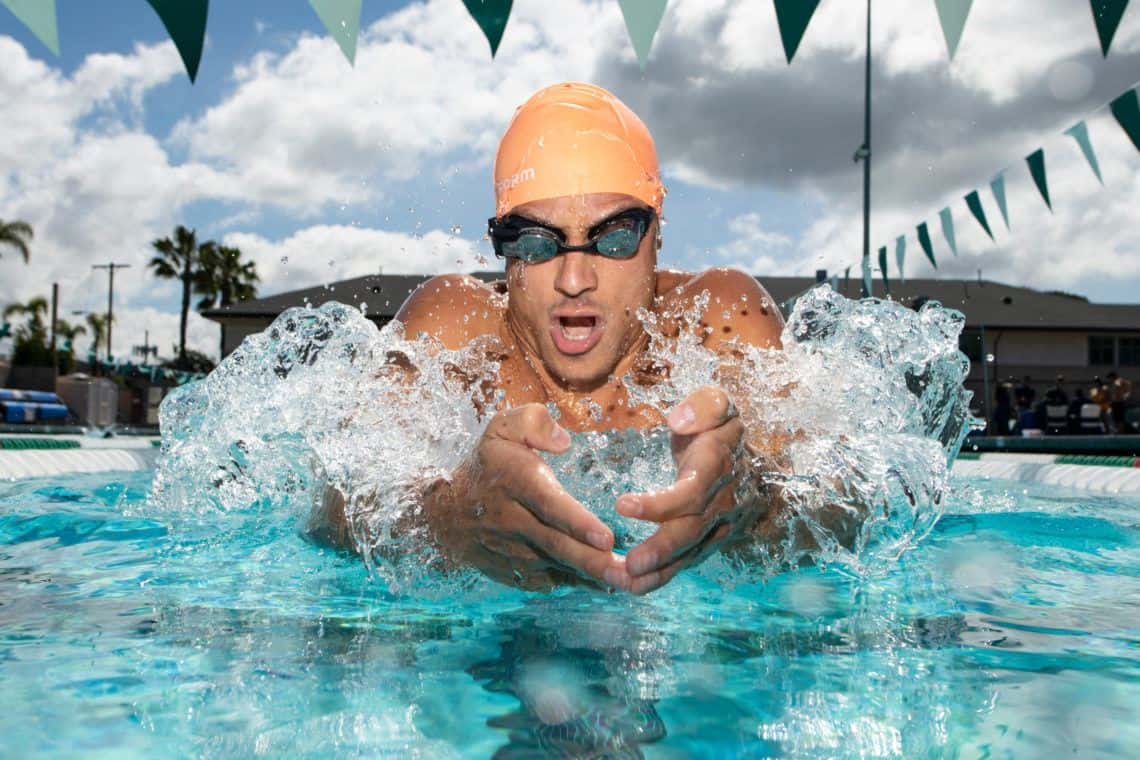 Recently, the Vancouver-based startup FORM revealed their new product. That product, called FORM Swim Goggles, is a pair of swimming goggles that have Augmented Reality (AR) integrated into the lens.

In this era, where startup company racing to make the best wearables, starting from Apple Watch, Fitbit, Google Lens, etc. FORM new wearables the FORM Swim Goggles was the first to make in into underwater section. They are the first wearables made of the purpose of being used underwater.

“The idea of FORM came about many years ago, but we are only now entering time when technology lets us deliver this seamlessly in a premium pair of swim goggles,” said the Founder of FORM, Dan Eisenhardt, whose previous AR eyewear company Recon instrument sold to Intel in 2015.

This FORM Swim Goggles that was known to have integrated Augmented Reality (AR), enable swimmers and coaches to be more in tune with what’s happening in the water as the goggles. The goggles can help the swimmers to increase their performance, because they can see how long they have been swimming and measure the depth they are at when they diving.

FORM Swim Goggles also include calories burned, distance traveled, split times and stroke rate, and the data was shown in the lens of the goggles. The swimmers also can customize which exactly what they want to see in the display lens.

The company said that FORM has 16 hours of battery life and automatically categorizes your swims in the smartphone-based app once you leave the pool. The app launches on August 7. You can find it in Google Play store or Apple’s app store when the device ship internationally.

Right now FORM still on Pre-Order, and will be launched at the same time as the app at Aug 7. The price for this wearables gadget is $199. Compared to other AR integrated eyewear, like Google Lens with $500 a pair, or Raptor with $599, FORM can be categorized as cheap.

Do you guys like to swim? Do you think this swim goggles worth or not? Who knows, let’s wait until it was launched then.

Mortal Kombat New Movie Will Have the Famous ‘Fatality’

Mortal Kombat New Movie Will Have the Famous ‘Fatality’