byTim Editor
in News
Reading Time: 4min read
A A
0

As successor, the Honor 6X follows up on the Honor 5X while taking some design cues from other Honor devices that have been released over the last year. Mainly, the rear-camera on the 6X has been updated with a dual-lens setup that we have seen gain popularity just like in Huawei P9.

Honor 6X is a powerful and versatile all-rounder packing top-of-the-shelf features empowering millennials to explore the world, cultivate their inner artist, and enjoy a world of music, gaming and movies. Featuring a generous 5.5-inch full HD (1920*1080p) display, the ergonomically designed Honor 6X boasts a full metal slim body (8.2mm thick) with 2.5D glass on the front and curved panel on the back.

George Zhao, president of Honor, said that geared towards those unwilling to cut back on performance, Honor 6X is a device engineered with uncompromising excellence. “Understanding the ‘double or nothing’ lifestyle of millennials, we designed Honor 6X with enough muscle power to allow them to share, explore, and enjoy life to the fullest,” said Zhao.

Honor 6X features an innovative dual-lens rear camera offering a wide aperture range (F/0.95-F/16 to unleash creative potential. The main 12MP camera) with a SONY IMX386 sensor is responsible for the composition of the image while the 2MP camera provides depth of field information, resulting in beautiful shots that are sharp and crisp. With a 1.25um pixel size, enables the Honor 6X to capture quality shots even in low-light settings. The Honor 6X’s camera uses Phase Detection Auto Focus technology, which allows for an ultra-fast camera focus speed of 0.3 seconds changing the focal point after shooting for various bokeh effects.

The 5.5-inch display, while not an OLED panel, is surprisingly bright and colourful, with a claimed brightness level of 450nits that should make it good to use in daylight (sadly, daylight is not allowed to penetrate the many halls and hotels of Las Vegas, so I’m taking Honor’s word for it for now). And while there’s nothing particularly eye-catching about the 6X’s design, it’s pleasing enough, and thanks to the use of aluminium and slightly curved glass, it feels far more expensive that it is. 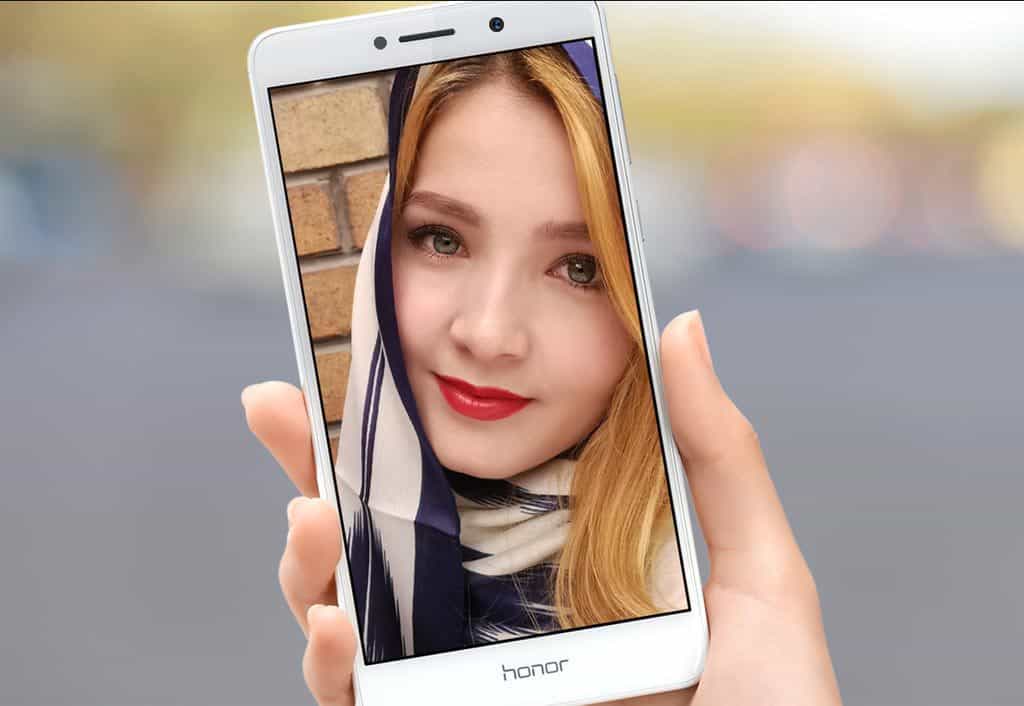 Just like the rest of Honor and Huawei’s phones, the 6X uses Emotion UI (EMUI) 4.1, which sits on top of Android 6.0 Marshmallow. An update to EMUI with Android 7.0 is promised for Q2 2017. EMUI gives Android something of an iOS-like makeover, complete with lots of glossy icons.

Running on a powerful 3340 mAh battery, Honor 6X offers an exceptional battery life. With its 16nm CPU and power saving technology further reducing power consumption, the Honor 6X claim will last as much as 2.15 days of usage and 1.54 days of heavy usage on a single full charge. On a single full charge, the Honor 6X allows you to enjoy up to 11.5 hours of video, 70 hours of music, or up to 8 hours of gaming. The Honor 6X is also supported by an optimized proprietary 5V/2A charging technology.

The Honor 6X comes in three colors – gold, silver and gray. The 3GB variant of the device will be available for purchase from 4 January onwards in select markets, including the United States, the United Kingdom, France, Germany, Spain, Italy, the Netherlands, Russia, Malaysia, the United Arab Emirates and Saudi Arabia, with other markets to follow soon.

We in Indonesia of course wish this phone will come as soon as possible. But, still there’s no sign that Honor 6x will released in Indonesia market.