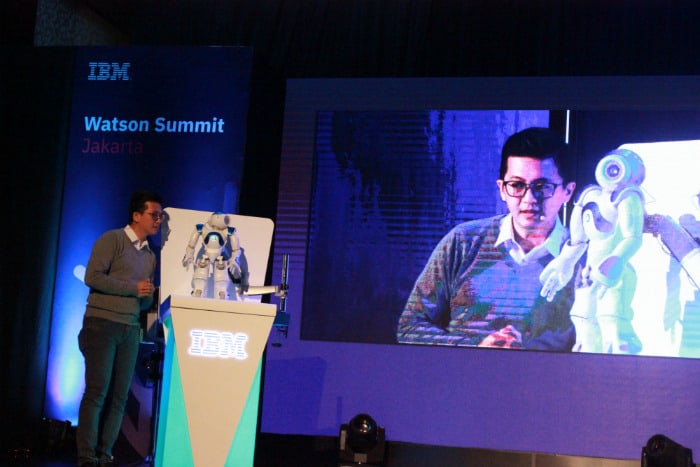 In Indonesia, the term cognitive computing must be recognized not yet popular. So, it is not surprising that IBM Indonesia held an event that introduced the technology solution further to be easily understood by industry earlier this month.

Named “IBM Watson Indonesia Summit 2017”, this event presents business people from various industries ranging from Softbank Telecom Indonesia, Unified Box, to Blue Bird. Here they share their experiences of cognitive computing and cloud platforms that successfully transform their business into a more developed and productive than ever before.

What is cognitive computing? According to Gunawan Susanto, President Director of IBM Indonesia, cognitive computing is an artificial intelligence technology platform capable of processing various data types and studying them like a human brain. With its learning features, this solution can digest and parse a problem and read all types of data.

Based on the results of the IBM study, currently, as many as 80% of the world’s data type is “dark data” in the form of writings, videos, or images that are missed and can not be analyzed. Supposedly, this data can be useful for people or industry but unfortunately can not be accessed manually or using a traditional computer.

With that challenge, IBM has been providing Watson as a platform for cognitive computing solutions that could be used to help the company’s performance in various industries, from health, education, finance, to lifestyle.

In the healthcare industry, cognitive computing can help doctors diagnose patients a lot. This is the implementation of Watson Oncology at Bumrungrad International Hospital, Thailand, where physicians can determine the type of cancer and treatment recommendations for their patients with in-depth analysis.

“We hope industry players can understand about this solution in real terms and its benefits to humans.The use of Watson can make industry in Indonesia more advanced in welcoming the digital future, it is time to be proactive to make the industry more competitive,” said Gunawan.

In addition to the workshop, the event also presented exhibitions on the implementation of cognitive computing and cloud platforms such as Watson Analytics, Watson IoT, Watson Commerce, IBM Power and Smart City Solutions, IBM Power and Analytic Solutions, Blochain, and Watson IoT.

“With internet users who have reached 132 million based on APJII in 2016, I believe Indonesia has a big chance to be able to transform digitally,” said Gunawan.