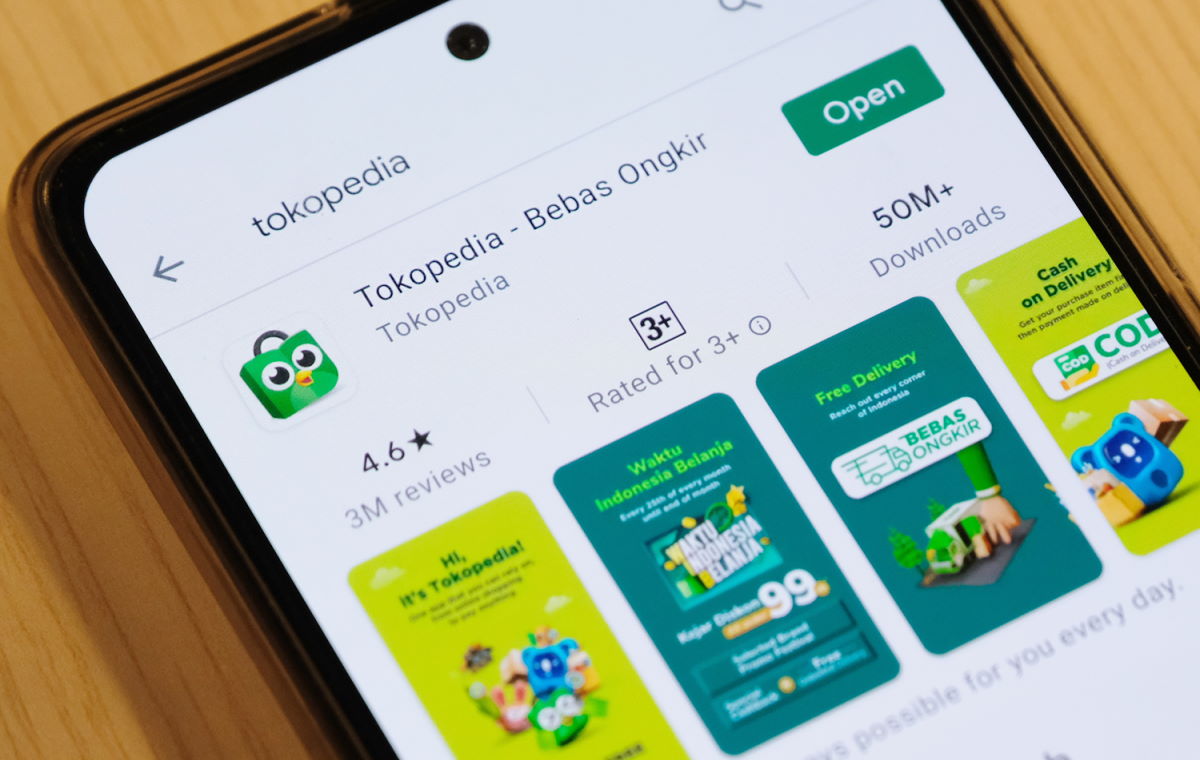 In the digital era that makes it easier for the community, there are many companies that are competing to provide their respective services to attract the attention of consumers. Of the various types of businesses, e-commerce or e-commerce sites are one of them. There are lots of options that Gizmo friends can use to get their daily needs.

Being one of the largest e-commerce sites in the country, Tokopedia seems to continue to innovate its services in order to provide convenience for its users.

According to new research conducted by the Jakpat survey agency, Tokopedia has the most popular application display by the public. Not only that, their advertisements or TVC are also number one, even compared to advertisements for other types of products/services during Ramadan 2021.

Tokopedia E-Commerce Has the Best Look

Apart from being a form of public entertainment during the pandemic (who doesn’t like window shopping, right?), e-commerce is also used to fulfill daily needs. Starting from food needs, clothing to hobbies to home electronics. Can be accessed from a smartphone easily through the application.

Through a social media post on the official Jakpat account, it is known that Tokopedia is the most popular e-commerce among adult and professional workers, competing with two other competitors such as Shopee and Lazada.

Jakpat also conducted an e-commerce survey with the best display rating, where Tokopedia became the e-commerce application with the best appearance according to respondents. The assessment is based on several factors, including; easy product search, the most convenient color display, menu display and the easiest product presentation display.

Jakpat also released their survey report related to television advertisements aired during Ramadan. Respondents were asked to rate 20 advertisements from various products and types of services that run during Ramadan, with various attributes such as purchase intensity, interest, uniqueness, trustworthiness and relevance of each ad.

Of the 120 respondents who were asked questions in the last week of Ramadan yesterday, Tokopedia managed to become the most superior. Both in overall (compared directly to 19 other ads), as well as for e-commerce category ads, outperformed Shopee and Lazada.

Each TVC has a different approach, and for special Ramadan advertisements, Tokopedia uses an approach that provides special promos in this special month for the Muslim community through the TVC “WIB Indonesia Shopping Time”, achieving an ads index score of 81.5. The second position is occupied by instant noodle products, while other e-commerce competitors are in the sixth and eighth positions.

Based on the level of relevance, uniqueness, and success in generating trust for advertising audiences, Tokopedia is also the most superior for respondents compared to other companies’ advertisements.

Has Presented Many Innovations For Its Applications

This achievement is actually not surprising. The reason is since last year Tokopedia has been quite fast in improving its application. In late October 2020, for example, the iOS version of the app got a series of upgrades. In addition to being able to use NFC for direct e-money top-ups, a special widget is presented to monitor the status of the delivery of goods.

Not only that, but the application is also present on the Apple Watch, complete with a dark color display (dark mode) which will be more comfortable to look at in certain lighting conditions. This innovation brought Tokopedia to be the best application on the Apple App Store, in the “Great on iOS 14” category and featured on the front page in the same month.

Unlike on Android, features that use NFC have been around since 2018. Tokopedia provides another innovation in the form of Dynamic Features, allowing smartphones to only download the main features of the required application. Can reduce the size of the application up to 27%, suitable for Android smartphones that have limited memory. Electricity bills and data packages can also be asked via voice commands to the Google assistant.

Disclaimer: This article is a collaboration with Tokopedia

GoPay Can Be Used For Apple App Store in Indonesia, Here’s How!

Newsmag is your news, entertainment, music fashion website. We provide you with the latest breaking news and videos straight from the entertainment industry.