The decline in literacy skills of the Indonesian people made Tendi Murti, founder of the Online Writing community, concerned. Not only that, among writers it is still difficult to document their writing while outdoors. Not a few are still having trouble publishing their books. Seeing these various problems, he later developed the Ketix application.

Tendi Murti, Co-founder of Ketix and founder of the Online Writing Community, said the application entered the beta stage in April 2019 and now the final version has been tried by downloading it on the Play Store. “Through Ketix, writers can write and publish their books easily in the form of e-books,” said Tendi, during a press conference the launch of the Ketix application in Go Work, FX Sudirman, Jakarta (07/09/2019). 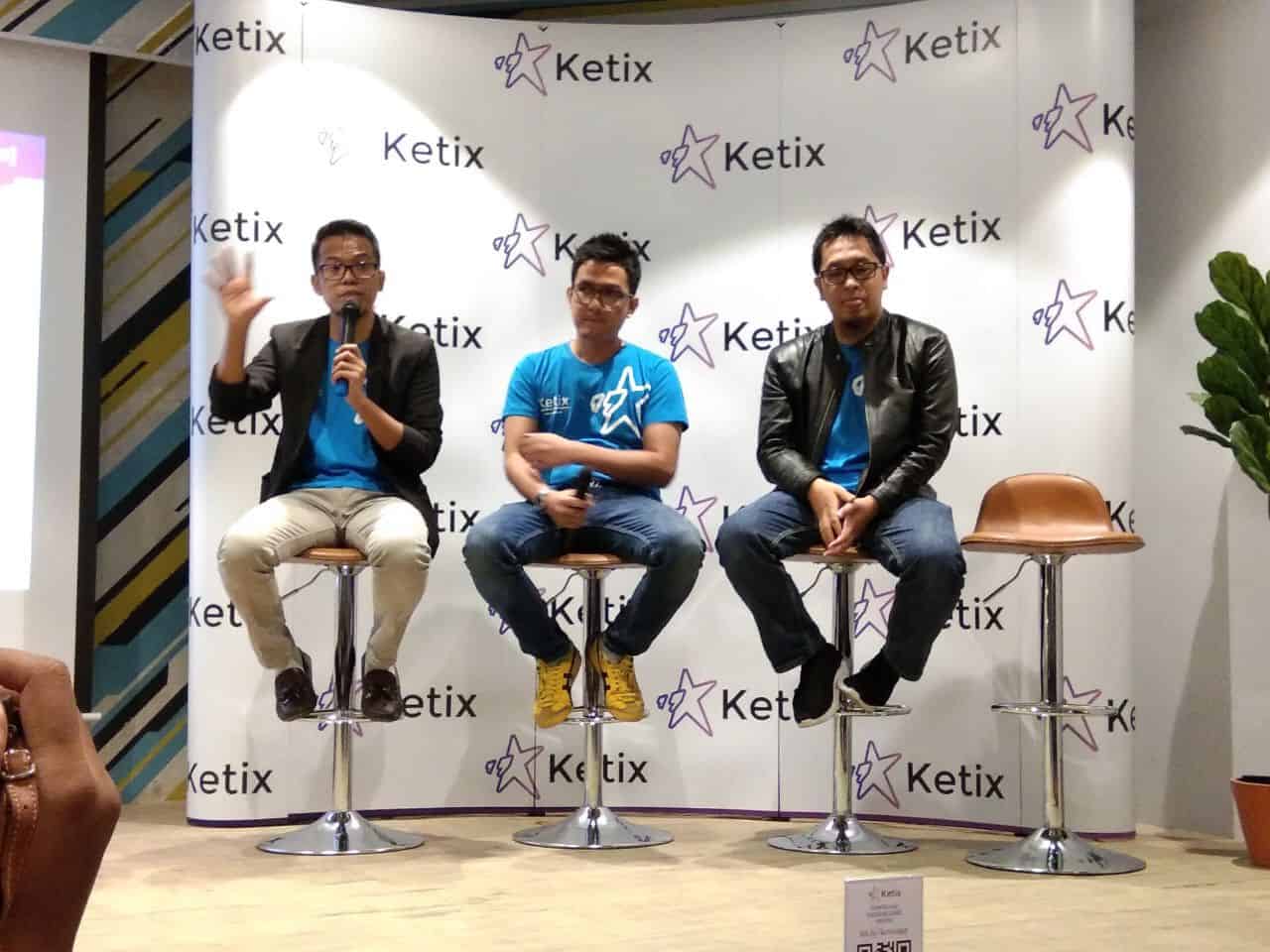 This app allowed the writer to write or documenting their experience in their smartphone so they would not have to bring laptop whenever they want to write. This is because the majority of people in this era have a smartphone and play with them almost 8 hours a day. So writing became more convenient with it because they always bring their phone wherever they go, even to the bathroom.

As for publishing their book, when they publish it in this app it will be published in a form of an e-book, it can be published for free to read or for purchase with 80% goes to the writer and 20% goes to Ketix. There is also a subscribe feature for the reader. If the reader like some particular writer and want to read his or her book more they can also subscribe to the writer.

If a reader subscribed to a writer, the reader will be notified if there is a new book was published by the subscribed writer. The writer also get benefited if someone subscribed to them, they will receive an in-app currency that can be exchanged to real-life currency, the exchanged rate is 1 coin equals Rp 100. The payment method for this app was still limited to Midtrans, for more payment method will be added in the future.

In this couple of months after the app was released, it already has 2.400 book published and around 1.200 writers join Ketix, some of them are a famous writer from Indonesia like Dewa Eka Prayoga and Fisslimi Hamidah. There is also a writer from Ketix who attend the launching, she is a writer that already have physical published books and also a novel writer, then she moved from writing offline to online.

One of the reasons she moved because she found that many contents from online books on the internet contain a negative impact to the reader especially to kids, the content some have pornography some have violence and much more negative content spread to the internet. So that she decided to write online to educate the people who read her book and prevent the spread of negative content.

In the future, Ketix hopes that it can give birth too many amazing writers form young to old. “We have a big dream to give birth to a million young writer, including those coming from a remote place. Writing has to be a profitable profession, not only for a hobby,” said King Bagus, founder of Ketix.

What do you guys think, are you interested to try this app? It will be pretty good for you if you like to write, count it as to fill your pocket.