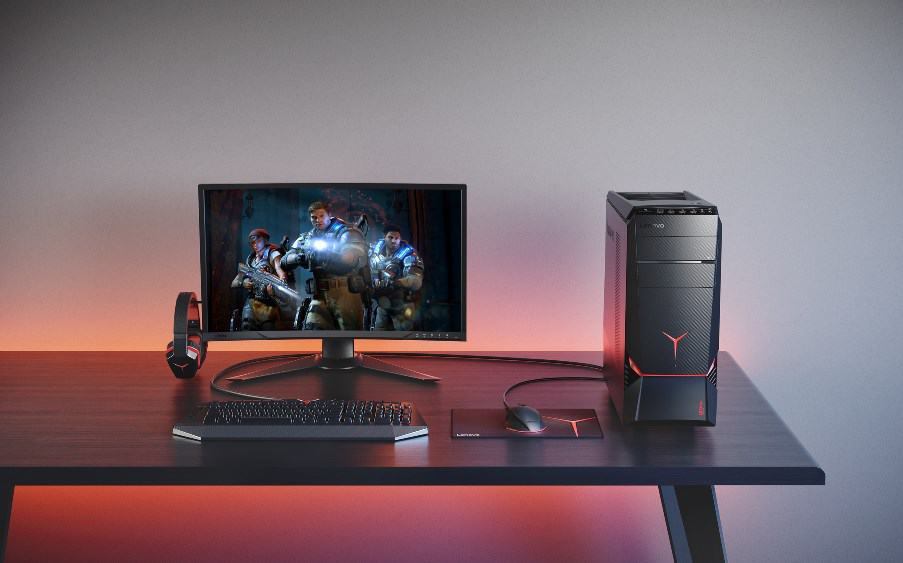 With an advanced PC you who begin playing games or claim yourself as mainstream gamers can play like a pro. Lenovo Legion Y720 Tower can be choice for those of you wishing to excel your gaming skill while watching and designing.

Various PC needs, including for gaming, becomes one of the reasons Lenovo introduced Lenovo Legion Y720 Tower in Jakarta on Thursday, March 29, 2018. Rapid gamers growth in the country which equally occurs in all cities poses as another reason that makes the newly-launched PC tries its luck in the gaming market along with other existing PC from other vendors.

Lenovo Legion Y720 Tower teams up with AMD Ryzen™ that gives freedom for users to select a gaming system that best suits their requirements and preferences.

Latest AMD Ryzen™ 7 1800X processor series from AMD makes this Lenovo Legion Y720 Tower PC has 8 unlocked cores and 16 threads, far above average PCs that normally circles in 4 cores only. Thus, it’s not a big thing to call this PC is a leading choice to run gaming and newest entertainment contents with 4K visual quality or more.

Thanks to dual slots DDR4 Memory with 16GB in capacity up to 32 GB as users can play games and do voice chat, live stream, record until update each gaming library.

According to data from Newzoo, Indonesia has had 43.7 active gamers and obtained income up to US$879.7 million from the industry this year. “In Indonesia, there are no specific cities that see most rapid growth. All cities are okay for gaming. All cities record good e-sport growth,” said Helmy Susanto, Consumer Lead, Lenovo Indonesia.

Interested at owning this PC, Gizmo lovers? You can purchase the desktop starting from Rp18,699,000 at official Lenovo outlets nearby your cities that you currently reside.