Will be Available on Pre-Order in Indonesia, LG G6 Price is About Rp 10 Million

LG G6 price is one of the puzzles left after this smartphone flaunts features, spec, and design. Will be available in Indonesia soon, how the hell is the price?

According to Heegyun Jang, Head of LG Mobile Communication Indonesia, they will go to roll out pre-orders for LG G6  on 21st April. Some e-commerce reportedly already embraced to intensify its inaugural sale as partners.

“We are doing a form of best deals for pre-order later,” he said through a written statement received Gizmologi, Friday (4/14/2017).

From that description, it’s not just LG G6 price has been revealed, but also the type that will be sold in Indonesia has a different version with the global version. Will the version be a downgrade like LG G5 SE?

Fortunately not, Gizmolovers! According to Heegyun Jang, LG G6 for sale in Indonesia will have internal memory of 64 GB and has a dual-SIM with microSD slot apart. While for all the features and specs remains the same with the global version. 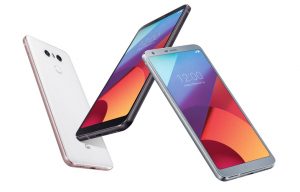 Heegyn Jang also added that LG G6 price on pre-order later will be priced in the range Rp 10 million.  This statement makes LG G6 price is certainly fairly higher than LG G6 SE for sale in the last year in which has Rp 7 million of its price tag.

Undoubtedly, LG G6 price is fairly the highest in the G series. But to be considered specification and features are presented, this smartphone has a big leap that has never existed in the previous series. In which full metal design and glass surface, as well as the certification of IP68 which makes it resistant to dust and water.

Well, do you interested in the pre-order held by LG later? According to you,  is LG G6 price already tempting enough?