Madiun which is one of the leading cities in East Java Indonesia is constantly wriggling. Several new hotels and shopping centers have sprung up. Indicates the economy in the city of girls (Trade, Education, Industry) is increasing. It also makes mobile operators such as XL Axiata improve the network quality in the region with 4G LTE.

Until the end of 2017, 4G LTE service in this area is targeted to be served more than 560 BTS 4G. Meanwhile, customers who have been using smartphones in this area reached about 29%, with customer growth rate of 157% Data in the last year. This area covers 13 cities/regencies ie Kota Madiun and Kabupaten Madiun, Ponorogo, Magetan, Ngawi, Kota and Kab. Blitar, Kota and Kab Kediri, Nganjuk, Trenggalek, Tulungagung, and Pacitan. 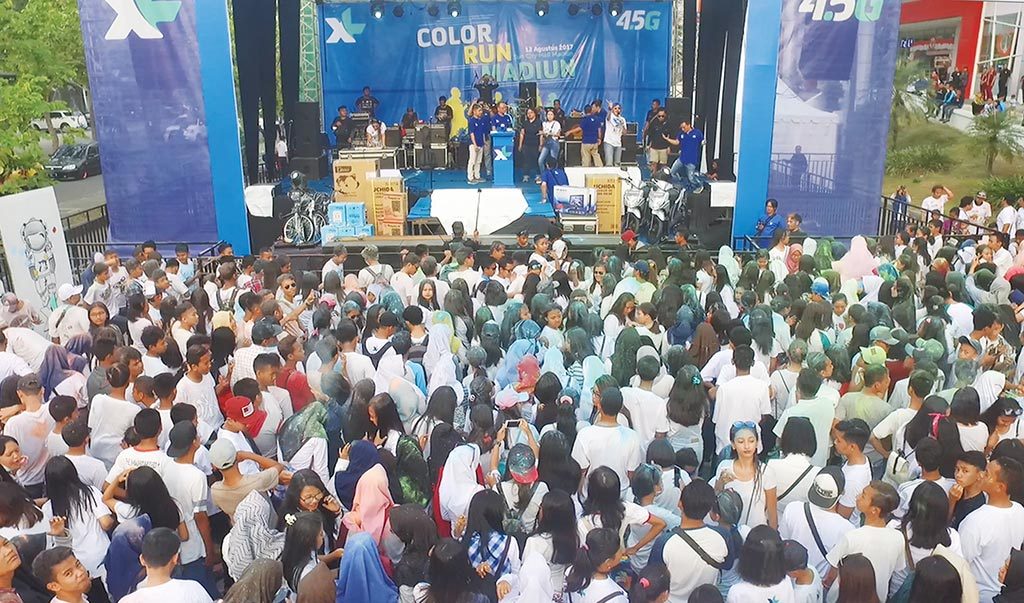 “We are very aggressive to continue to expand the coverage area of 4G LTE service. This policy can not be separated from the achievement of customer growth and data traffic is also increasing today. By the end of June 2017, the number of customers using smartphones has also continued to increase and to about 67% of total customers. Meanwhile, XL 4G LTE service customers also continue to grow and have reached about 40% of total customers,” said Imam Mualim, during the inauguration of 4G LTE Network Expansion in Madiun and surrounding areas in Sun City, Madiun (12/8).

Further explained, with the availability of XL 4G LTE connection facility in Madiun Area, now people can maximize the utilization of the advantages of digital technology in order to increase their productivity. Good for business economic interests, as well as social goals, as well as entertainment.

For local governments, fast 4G LTE Internet connection will also be increasingly reliable to support the implementation and development of e-government and smart cities and the improvement of public services. Areas in these 13 districts/cities are also known as areas with economic potential such as in the industrial sector, knowledge, plantation, and tourism.

Meanwhile, for the whole of East Java, XL Axiata has provided nearly 1,900 BTS 4G LTE, and until the end of 2017 is targeted to increase to about 2,200 BTS 4G LTE. Over the past year, in the province, there has been a growth in access to digital data services of up to 62%. The increase occurred evenly in all districts/cities in East Java.

Of the total XL Axiata customers in East Java around 6.3 million, approximately 68% of them are actively utilizing data services. Along with that, the number of XL Axiata subscribers in the province using 4G LTE smartphones is also increasing. Recorded until the end of March 2017 no less than 1.9 million customers have been using 4G smartphones in East Java.