Launched in Indonesia, here are 8 things about Nokia 8 that you must know

The proof of Nokia’s seriousness to fight back in the smartphone market increasingly surfaced. After last year began to test the market with a number of entry-level and middle-end smartphone, now HMD Global is the legendary phone license holder is officially marketed Nokia 8 in Indonesia.

Nokia 8 is a flagship smartphone or who occupy the highest caste in the ranks of Nokia phones after escape from the clutches of Microsoft. Nokia 8 equipped with the ability capable to attract consumers who want to return nostalgia using Nokia. In addition, also crammed with new features to target users from the millennial, including content creator.

Well, rather than curious, here are 8 important things you must know about the existence of Nokia 8 in Indonesia. 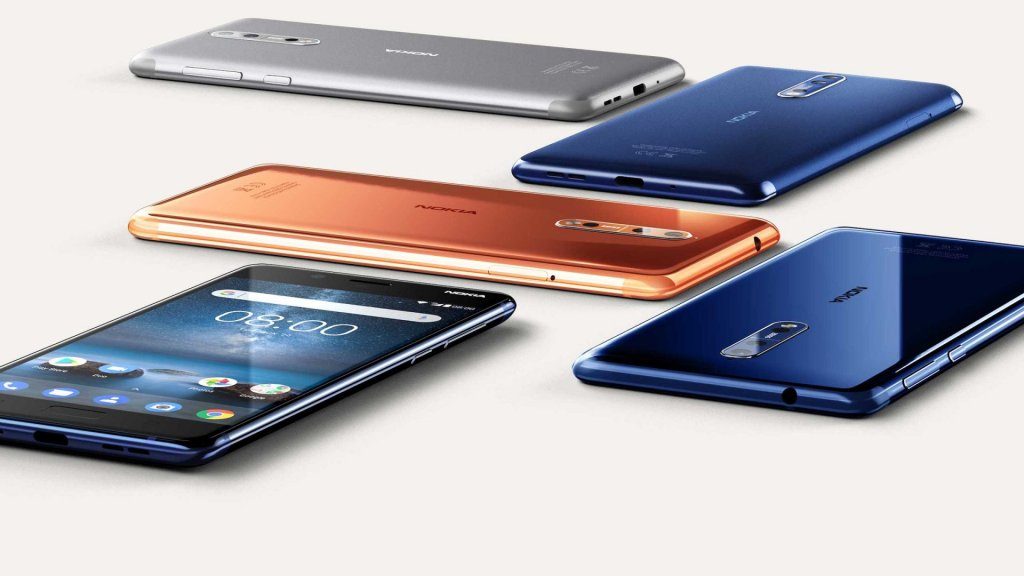 For those who have used Nokia phones in the Symbian era, would know that the quality of the camera is the best time because it was armed with a Zeiss lens. Well, HMD Global re-work with Zeiss to strengthen the photography sector in Nokia 8 is with ZEISS optics.

Nokia 8 comes with a dual camera 13 MP on the back with features dual image-fusion. The first lens functions as a color sensor, while the second one is for monochrome. While the front camera with a wide angle of 13 MP reinforced also with auto-focus detection. Unfortunately, the feature of photography and video on the camera interface is quite limited. You can download a variety of camera applications to explore here.

Nokia 8 introduces the world’s first claimed Dual-Sight video feature. Features popularized by Nokia with hashtag #Bothie allows users to stream live in a native and real-time to social feeds like Facebook and YouTube.

Dual-Sight simultaneously utilizes front and rear cameras to bring two displays on one screen, for both photos and videos. With just one touch, the dual-sight live stream capabilities provide a deeper experience for the creative ones. To enable this feature, there is a Dual Sight menu in the camera.

With 4.6mm thin edges and an average thickness of 7.3mm, the Nokia 8 comes with a Polished Blue and Steel color precision designed from a solid 6000 series aluminum block. The design has also been refined through 40 stages of machining, anodizing and polishing processes. Certain models are even equipped with high-quality glass finishes that have been forged for over 20 hours. To ensure its distinctive designs can blend perfectly with a charming single aluminum body.

No less interesting, in this design sector is the presence of copper cooling tubes with long graphite shield. This pipe is able to eliminate the heat generated by high-performance systems, across the length and width of the entire body of the phone. So that 8 remains cooler even after being used for various activities though. On the outside, the phone is designed splashproof IP54 which means resistant to water splashes, but not suitable for swimming.

Nokia 8 comes with Android Oreo 8.0.0 as well as a full suite of Google Services, with no unnecessary additions. HMD Global also ensures users get regular updates, at least once a month, in order to stay up to date with the highest features and security.

To maximize performance, Nokia 8 comes with the latest Qualcomm Snapdragon 835, created to provide a powerful battery life. This is a Qualcomm flagship processor whose performance is no doubt. To support the performance, this phone uses 4GB of RAM with 64GB of internal memory. Nokia 8 is also secured with biometric fingerprint authentication to improve security.

This smartphone uses a 5.3 “IPS LCD display. It has not yet used the cinematic 18: 9 aspect ratio aspect, but is still comfortable to watch as it has a 2560 x 1440 QHD resolution with 700nits screen brightness. 2.5D type screen is also coated with Corning Gorilla Glass 5 to protect so as not easily scratched.

To market Nokia 8 in Indonesia, HMD in cooperation with PT. Teletama Artha Mandiri and PT. Prima Distribution Center for distribution channels. As for online sales, in cooperation with Lazada with an exclusive online offer from 15 to 28 February 2018 at a price of Rp 6.499.000. And specifically on February 15, 2018, the first 200 customers can get the Nokia 8 with a price of Rp 5.999 million.