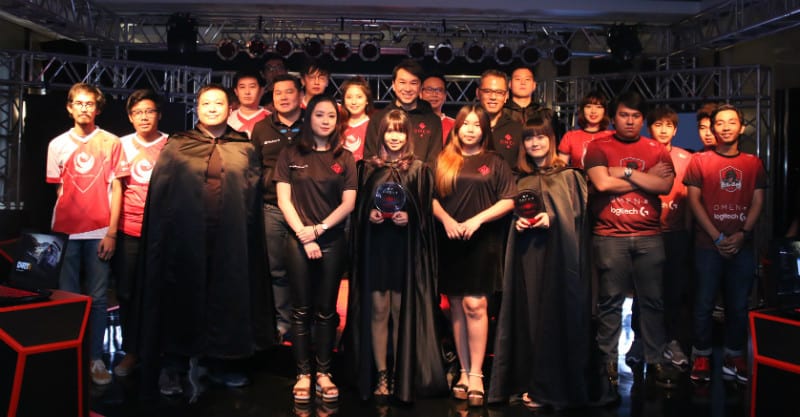 For hardcore gamers, laptops and desktops are not enough to satisfy the madness of playing games. That is why it’s natural if HP presents OMEN by HP as a complete ecosystem for gamers.

Yes, when playing games are not enough for a mediocre laptop, OMEN by HP offers a lot of devices and accessories designed specifically for gamers to experience the game more powerful. Especially for those who like follow-up eSport competition, the power and graphics of the device certainly determine the victory.

The gaming ecosystems presented by OMEN by HP include compact desktop, accelerator, desktop, laptop, and accessories. Claimed, all these products will make users able to dominate the game and outperform its opponents.

No wonder, HP imaging OMEN by HP so seriously as a brand that is great for gamers, the vendors from the United States is holding a team and gamers in Indonesia, such as Recca eSports, Boom ID, Mineski Talent, Donna Visca, and Cindy Monika.

According to David Tan, President Director of HP Indonesia, the presence of OMEN by HP is proof that HP Indonesia continues to grow consistently. He also added that it will continue to support the growth of the gaming industry in Indonesia through the brand.

“So even gaming enthusiasts, of course, gamers really expect more performance from the devices used, with OMEN by HP, they can get high-quality devices in terms of performance and technology that makes playing more fun,” he said in a product launch ritual that Held in Jakarta on Wednesday (8/9/2017).

Then what kind of device that entered in the range of OMEN by HP introduced by HP Indonesia? For gamers who want to play games anytime and anywhere, there is OMEN by HP laptops are available in variants 15 and 17.

OMEN 15 comes with a variety of options designed with advanced performance, optimizing gaming experience, improving gameplay, and limiting external interference. This device comes with NVIDIA GeForce GTX 1060 technology for games with 1080p resolution and above.

While for OMEN 17, comes with a larger form to support some of the fastest technology that allows gamers to play AAA class games with high framerate. All aspects of gaming claimed to be well-played with this device with support NVIDIA GeForce GTX 1070 so it can run in the game quality UHD.

Both laptops are powered by Intel Core i7 Quad Core 7th generation for heavy multitasking and multiplayer and the latest games that require CPU 100+ FPS. Fun, both can also be upgraded easily because of a single panel for HDD, SSD, and RAM.

Create support for gamers’ convenience, there is a dragon-red backlit keyboard backlight and a white backlight that can be easily recognized. In addition, the button is also anti-ghosting, where it can be pushed together completely accurately. There are also full-sized and separate arrow keys that make gamers do not make mistakes when pressing the button.

For audio affairs, there is HP Audio Boost technology with amplifiers to produce magnificent sound and dual-speaker HP that supported by Bang & Olufsen technology. DTS Features Headphones: X also allows the device to be used with any headset but still capable of sounding a fantastic 360 degrees. Who is trying to not cringe play games with sophisticated feature like this?