OnePlus 5 is Smartphone ‘iPhone 7 Plus with Android Flavor’

byChandra Wirawan
in News
Reading Time: 2min read
A A
0

After being a rumor on the internet, finally OnePlus 5 really officially revealed themselves. Surprisingly, the gossip about the similarity of this smartphone with the iPhone 7 really proved.

Yes, OnePlus 5 has a design feature similar to the iPhone’s flagship. Starting from the same dual-camera with the same secondary lens and Portrait Pode, the same black color, with the same antenna line.

It is quite surprising, because OnePlus is known as a brand that has originality in terms of design, technology, and features. Given such plagiarism, it can be a setback.

Even so, it can not be denied the consistency of OnePlus in a specification that exceeds the price deserved thumbs up. As quoted from PhoneArena on Tuesday (20/06/2017), OnePlus 5 is the cheapest smartphone that brings Snapdragon 835 for the current with the official price of US$ 480 for 64 GB ROM /6 GB RAM model and US$ 540 for 128 GB RAM ROM /8 GB.

OnePlus 5 comes with a 5.5-inch Full HD AMOLED display that supports sRGB and DCI-P3 colors to provide a sharp image display. In the camera sector, this smartphone comes with the dual camera on the back with 16 MP main camera Sony IMX 398 and 20 MP camera telephoto Sony IMX 371. While on the front there is a Sony IMX 371 16 MP camera. 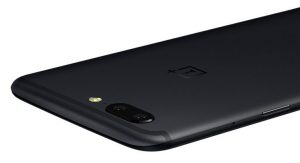 Well, why is OnePlus 5 referred to as the “iPhone 7 Plus with Android flavor” smartphone? The reason, behind of the design, is similar to Apple’s hero, this smartphone brings Android 7.1.1 Nougat on OxygenOS which is a homemade operating system after OnePlus decides “divorce” from Cyanogen.

Before OnePlus 5 was officially introduced, Carl Pei, Co-Founder of OnePlus was inundated with questions and criticism about the similarity of the smartphone with the iPhone 7 Plus. Through his Twitter account, he responds to the criticisms casually.

According to him, before OnePlus 3 was launched, he was also flooded with criticism because it is considered similar to the design of HTC 10 and Samsung Galaxy S6. But the criticism stalled once the smartphone was launched in the market.

“Someone remembers the noise about the design of OnePlus 3 before it launches? The noise is stopped once people have it,” Pei said.

Well, whether the criticism for OnePlus 5 will be stopped when this smartphone has gone on sale in the market? We’ll see, Gizmolovers!

This iOS 11 Features Will Make iPhone Unusable While Driving