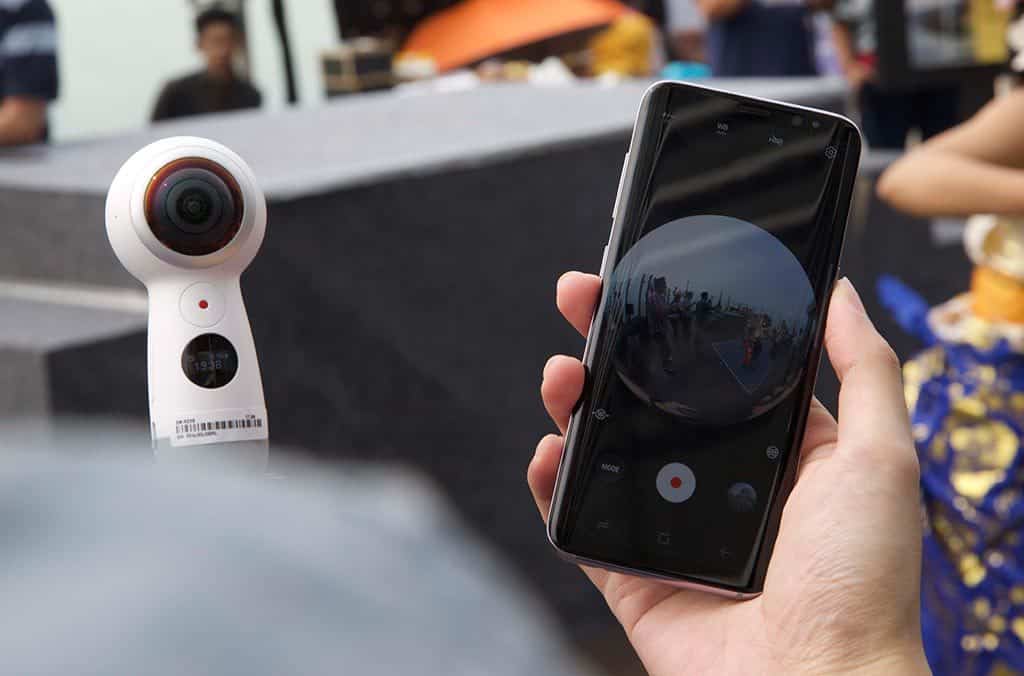 “It must be admitted that 360-degree cameras are still just an alternative, yet can replace the main role of digital cameras to produce photographs and videos,” said Ahmad Zamroni, Chief Photo of Forbes Indonesia Magazine, when found at the launch of Samsung Gear 360 in Jakarta (15/8).

According to him, the use of 360 cameras in the manufacture of video content is not suitable for all things, but only under certain conditions. Nevertheless, he also acknowledged the role of 360 content in the world of photography has tremendous power influence. Because before, photos are shots of a moment that can only be enjoyed one direction and can not feel the atmosphere at the moment or commonly referred to in terms of photography is feel the space.

With the 360 cameras, the man familiarly called Roni added, anyone, can enjoy the content that makes them feel part of the moment. Various media around the world are now beginning to adopt the provision of information using a multimedia format that is bridged with 360-degree content.

“The selection of moments like colossal events or activities involving multiple parties is one of the most important factors in telling a story with a 360-degree camera, not least is the point of camera placement that makes the perspective more leverage and provides a richer story,” he said.

He also told me how difficult it was to create 360-degree photo content. Because it must require precision calculation and a capable camera and time-consuming process is not for a moment. But now with a 360 camera like the one on the Samsung Gear 360, the process can be done very briefly. Just press the camera button. Sharing to social media also takes place instantly through applications on smartphones.

For information, the newly released Samsung Gear 360 is the second generation that has been developed this South Korean electronics manufacturer. The new Samsung Gear 360 is not just an additional update, but a major change in the direction of Samsung 360 cameras. The design has been altered to make it more friendly and comfortable to grasp, compared to the first-generation Gear 360 (2015) that is only rounded.

The software has also been upgraded to be able to perform live streams on social media. When Gear 360 is connected to a compatible smartphone or computer, users can share their content via high-quality live broadcasts or upload them directly to platforms like Facebook, YouTube or Samsung VR.

In terms of compatibility, the Gear 360 can be paired with a series of accessories and camera holder from a third party. But for compatibility with other devices, Samsung Gear 360 classified as semi exclusive. The 360 camera works seamlessly only on high-end Samsung Galaxy smartphones that cost IDR 5 million upwards, Samsung Galaxy S8 and Galaxy S8 +, Galaxy S7, Galaxy S7 Edge, Galaxy Note5, Galaxy S6 edge +, Galaxy S6, Galaxy S6 Edge, Galaxy A5 (2017) and Galaxy A7 (2017).

For other Android devices, please excuse me if you still can not. Surprisingly, Gear 360 is actually compatible with devices from its main competitor, Apple. Gear 360 can connect with iPhone 7, iPhone 7 Plus, iPhone 6s, iPhone 6s Plus and iPhone SE though with deliberately restricted functionality. As for the computer, supports Windows and Mac platforms.

Interested? Samsung Gear 360 is available in Indonesia through Samsung outlets and retail stores at an official price of Rp 2,999,000. But before deciding to woo Samsung Gear 360, it’s good to pay attention first if you already have one of the above devices?