byPrasetyo Herfianto
in Review
Reading Time: 10min read
A A
0

Try to stay relevant, compete in a pool that is actually quite full. HMD Global presents a smartphone Nokia C3 which, again, is targeting the entry level class. After Nokia 8, the flagship of a Finnish startup doesn’t seem to have the courage to really compete with other flagships that are officially present in the Indonesia.

As a result, the products offered tend to be less powerful. What is generally known from a smartphone with the Nokia brand is the physical quality (build quality), as well as the quality of the camera. Being an entry-class smartphone, of course the Nokia C3 which is actually HMD’s newest official smartphone at the end of 2020, it is difficult to achieve these two famous key features. 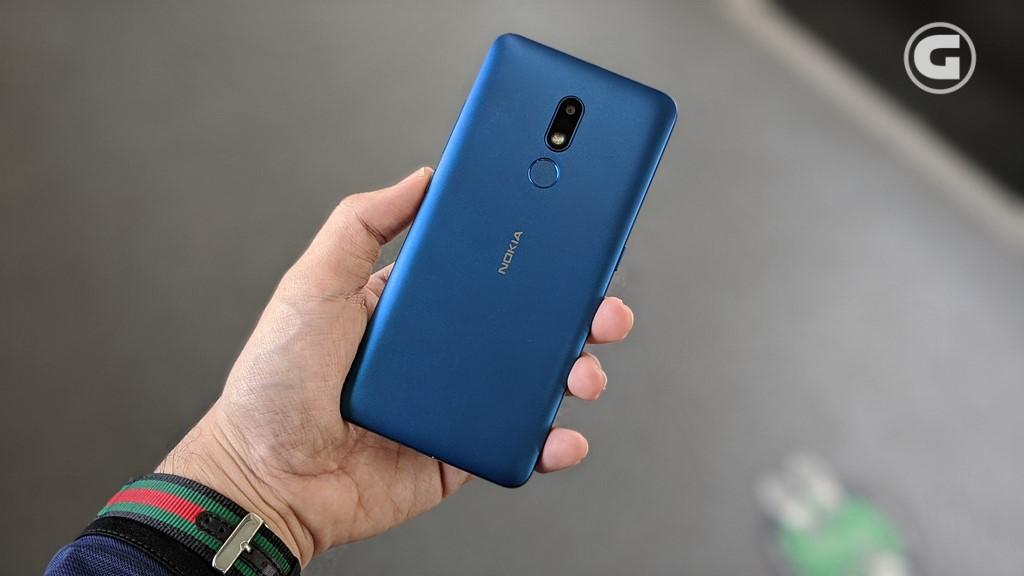 Maybe the word ‘simple’ can be used to make the Nokia C3 design feel less boring. Because well, it looks normal, especially the top and bottom bezels on the front are still quite wide. Well, you could say it looks a bit like the Nokia 6 which is one of the first Nokia Android smartphones. The four back sides have curves that are quite comfortable when held.

Having a thickness of 8.69mm and weighing 184.5 grams, I don’t know what makes Nokia C3 heavy. The battery capacity is not large, the back casing material also uses polycarbonate plastic. Maybe the inside, yes. To be sure, this can be a positive thing, making the smartphone feel a little solid.

Unlike other unibody smartphones, the back case of the Nokia C3 is still detachable. So there’s no need to use a SIM ejector to insert two nano SIM cards plus a microSD card (with a dedicated slot), and if it’s scratched or damaged, just buy the accessories. The plastic material also feels quite thick and doesn’t get dirty / imprinted with fingerprints easily. 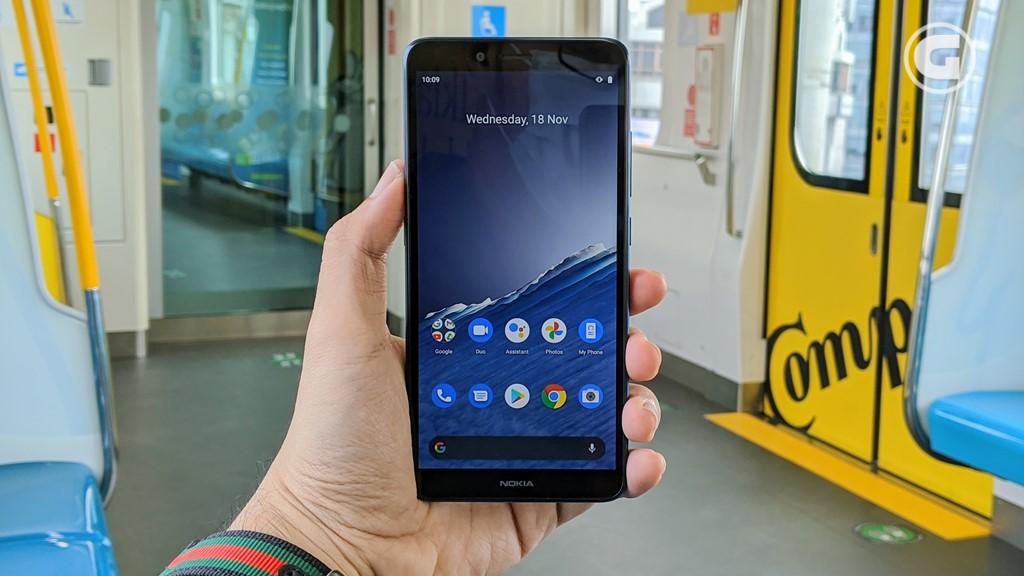 The screen dimensions of the Nokia C3 are 5.99 inches. Yes, less than 6 inches, but it still feels and looks big because the ratio is still classic at 16: 9. The resolution is HD + with an IPS panel, without any special protection even though the HMD writes “toughed glass” in its specifications. And as I already mentioned, the top and bottom bezels are still thick.

Low resolution is still reasonable. Unfortunately, the IPS panel used is of poor quality, or not as good as smartphones in its class. The saturation is low, the brightness is just enough, and there is a white burst of light at the edges of the screen when displaying dark colors such as grays.

Moderate. That’s a word that easily describes the camera function of the Nokia C3. HMD has embedded one sensor each on the front (5MP f / 2.4) and rear (8MP f / 2.0). Only the rear camera can record video up to full HD resolution without EIS. If other smartphones present a bokeh effect via software, HMD… doesn’t provide it at all.

How about the result? Even though it has an auto HDR feature, the dynamic range is very narrow. In abundant light conditions, the details are still okay. However, for indoor conditions, the quality will decrease considerably in both detail and saturation. When it is nighttime, the quality cannot be helped because there is no special night mode.

Also the photos from the front camera which, out of 10 attempts, only 1-2 were good. The rest is dark and with less detail. It has been a long time since I tried a smartphone camera with real photos, even less than other products at a much cheaper price.

If Gizmo friends are looking for an Android smartphone with an experience like using stock Android, the Nokia C3 might be a good fit. But keep in mind, this smartphone is not included in the Android One program. This means that there is no guarantee of security updates every month for three years and a guarantee of upgrading the software version twice. 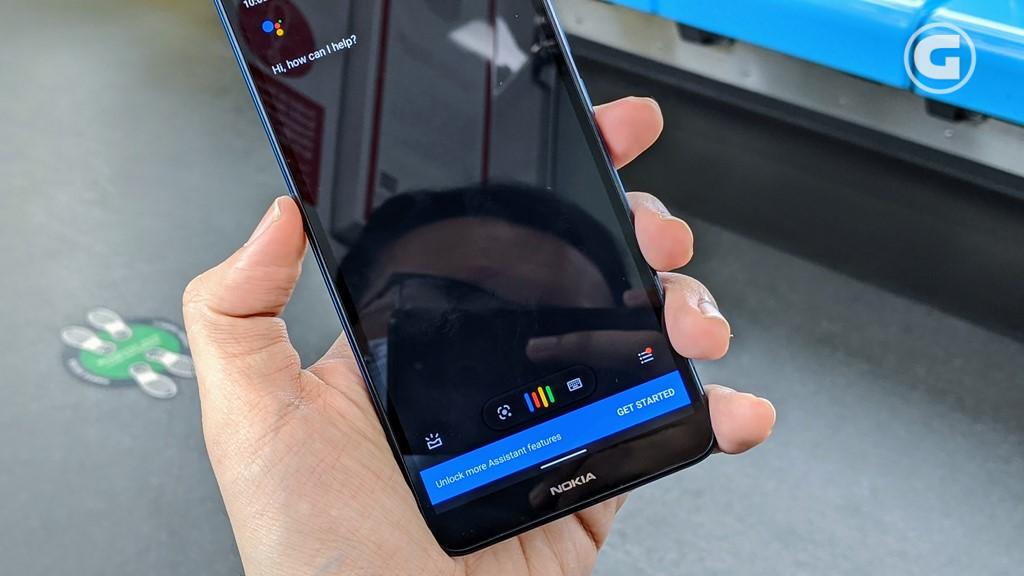 When first used, the amount of bloatware is very small. The features are very basic. At best, HMD now includes a feature for taking long screenshots. And included a Google Assistant button on the left of the body for direct access to voice commands.

That is all. Features such as themes, screen recording, application clones will not be found on this smartphone. As for the safety factor, a responsive fingerprint sensor is provided and can be used to access the notification bar by sliding it downwards. There is a face unlock option too, though. But it’s better not to use it, because it’s not reliable. 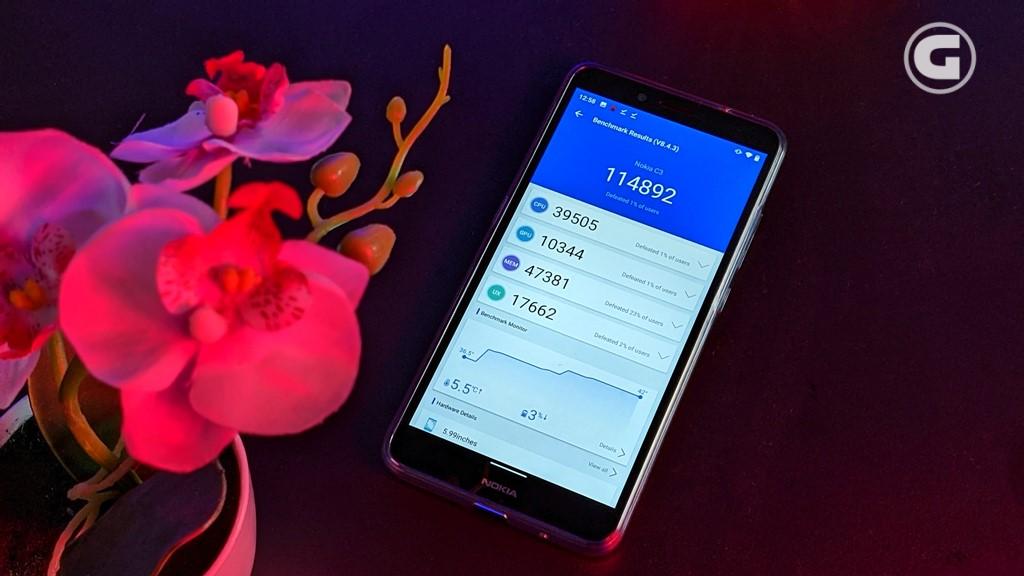 Not Snapdragon, not MediaTek. HMD chose to use a chipset from Unisoc, with the SC9863A series which has an octa-core CPU configuration of up to 1.6GHz. The fabrication is 28nm, quite behind other CPUs in the same price class.

In terms of performance, you can guess that the Nokia C3 is not the best. The use of stock Android also doesn’t seem to be very helpful, the pause to open and close the application feels a bit long and often the application requires reloading, thanks to its limited memory at 2GB RAM & 16GB internal.

In fact, I haven’t installed many applications, and I feel like the transition effect is being made 1.5 times longer, either because it is so slow or it is deliberate by HMD. If the situation with the application is like that, don’t expect to use this smartphone as a gaming device. 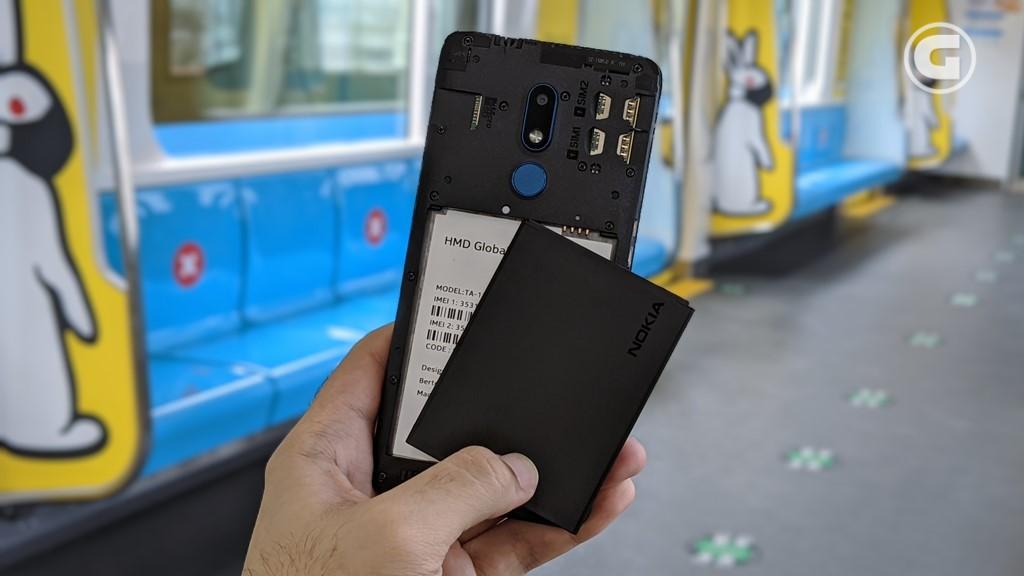 The battery capacity pinned by HMD on the Nokia C3 is also very fashionable. Only 3,040 mAh, without fast charging support, with the use of a micro-USB port. The last two points are understandable, because competitors in the same class also have similar specifications.

But at least, it has an average capacity in the range of 4,000 – 5,000 mAh. Maybe the reason is because the Nokia C3 battery is removable, huh. The advantage, if it runs out, can be immediately replaced with a secondary battery and return full. Although I myself am not sure if there will still be smartphone users using this method in 2020. 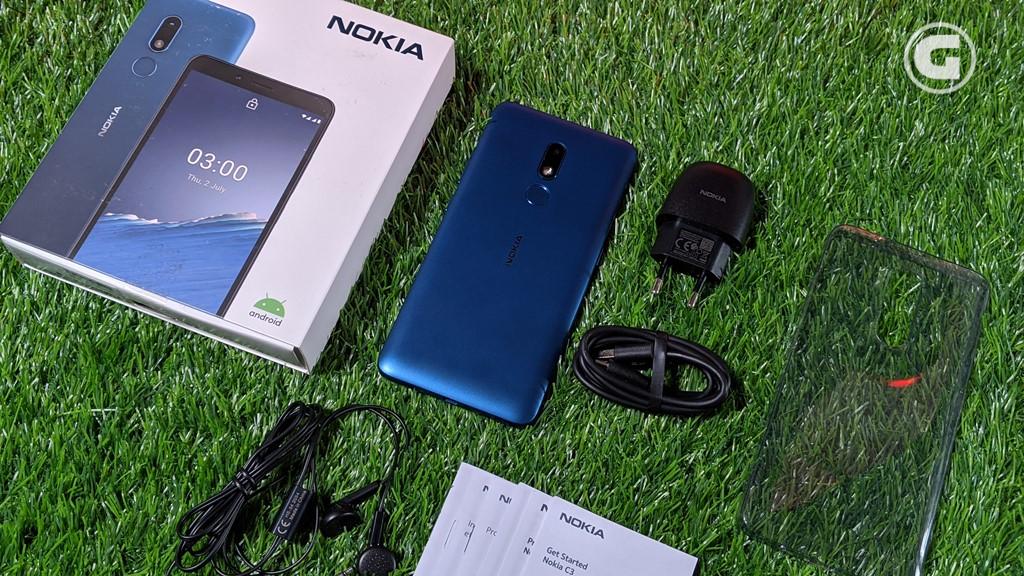 Must be a Nokia brand? Must be stock Android? Must be with a removable battery? If these three points are not mandatory to fulfill, then it’s better to choose a smartphone from another brand. It is unfortunate, if the Nokia C3 is present it is not matched by a more attractive specification and price ratio.

At least, even though it doesn’t bring flagship lines to the country, its mid-range smartphones can still provide interesting differentiations. Like Nokia 5.3 which is included in the Android One program, and Nokia 4.3 which has a compact design complete with NFC. For its entry class, HMD still has to catch up with its competitors.