The number of 4G smartphone users continues to increase rapidly with the use of more and more data. For that, XL Axiata applies some 4.5G technology ready in cities with high 4G penetration rate. But needed support from the availability of devices/smartphones and its supporting features in the Indonesian market. Therefore XL Axiata took a number of manufacturers and distributors of smartphones to build the 4.5G ecosystem.

Vice President of LTE XL Axiata, Rahmadi Mulyohartono said in the past year, the growth of XL smartphone users in XL is very high, growing from only 21% to 63% of XL Axiata’s current customers.

“The use of data services has reached 3,600 TB per day and is predicted to grow even more with streaming video services to be the most accessible service to customers who use smartphones,” said Rahmadi on the “Beyond 4G ecosystem development” Workshop at XL 4.5 Xperience Zone, Lotte Shopping Avenue, Jakarta, Tuesday (5/16). 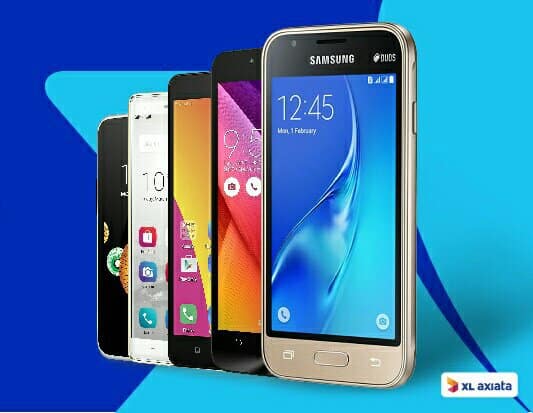 Rahmadi added that the need for close cooperation between XL Axiata as an operator with smartphone manufacturers so that will form a 4.5G ecosystem that supports this technology services. The technology built in the network can be tailored to the technology on the side of smartphones so that the benefits can be felt by the customer, such as a faster connection, and stable.

In addition, of course, to be able to serve the number of users of smartphones that will be more and more in the future. For that purpose, XL Axiata builds 4.5 Xperience Zone in 20 locations spread across Jabotabek, Jabar, Central Java, East Java, Bali, NTB, Sumatra, Kalimantan and Sulawesi which can be used for testing smartphones to be marketed in Indonesia by producers and distributors of smartphones.

Through the workshop activities with the smartphone manufacturers, there are two things to be achieved by XL Axiata. First, how to align the capabilities of 4.5G technology in current and future XL networks with device/smartphone capabilities to anticipate the rapidly growing growth in Internet and data services in the future.

Secondly, it paves the way for a continuous collaboration with smartphones manufacturers to develop verification and alignment of new devices/smartphones in XL 4.5G Xperience Zones. This is to ensure the benefits of implementing 4.5G network technology will provide the best experience to customers, while also supporting the development of cellular industry in Indonesia with increasing number of smartphones subscriber.

In this workshop, a number of devices support four 4.5G 4T4R support technologies, 4T4R 4×4 MIMO, 256 QAM Modulation Technique, and Carrier Aggregation (CA) at LTE1800 MHz / LTE2100 MHz / LTE900 MHz frequencies, in accordance with network technology implemented in XL 4.5G Xperience Zone. Verification technology support is demonstrated during the workshop to show good performance on the network side and smartphone side.

Later XL Axiata network readiness was also shown to make phone and video call services via LTE network, VoLTE (Voice over LTE) and ViLTE (Video over LTE). This phone/video call test is conducted from devices that VoLTE / ViLTE supports to fellow VoLTE / ViLTE, as well as to devices that do not support VoLTE.

Related VoLTE and ViLTE, both services based on 4G LTE technology has advantages such as the ability to make calls faster and sound quality better than 3G-based technology. Thus, customers already utilizing LTE networks do not have to go back to 3G / 2G networks to use voice services. In addition, VoLTE / ViLTE also allows uninterrupted download of ongoing data services at a better speed as it stays on LTE 4G network during voice connection.