For gamers, overclockers or geek, powerful computer hardware has become an absolute thing that cannot be negotiable. One sector that gets serious attention is the processor. Where is currently the processor that is becoming one of the favorites among the enthusiast is AMD Ryzen Mobile.

This week, AMD Ryzen mobile processor is officially launched into the Indonesian market. According to Peter Chambers, AMD Consumer Sales Director for Asia Pacific and Japan, AMD Ryzen mobile processor is a way to strengthen the position of AMD in the PC market (personal computer). This new lineup of processors will deliver cutting-edge performance on mobile PC and ultrathin notebooks.

AMD Ryzen Mobile also offers a new form factor on notebooks supported by OEM partners so that AMD can answer the main trend needs for the notebook market such as thin and light, multipurpose, and entertainment ‘on the go’.

“Not only does it answer the needs of these new designs, Ryzen Mobile will also provide the superior experience in everyday activities, multi-tasking, and high workloads, and all the advantages are also supported by amazing battery life,” said Peter at a meeting the press in Jakarta (7/11). 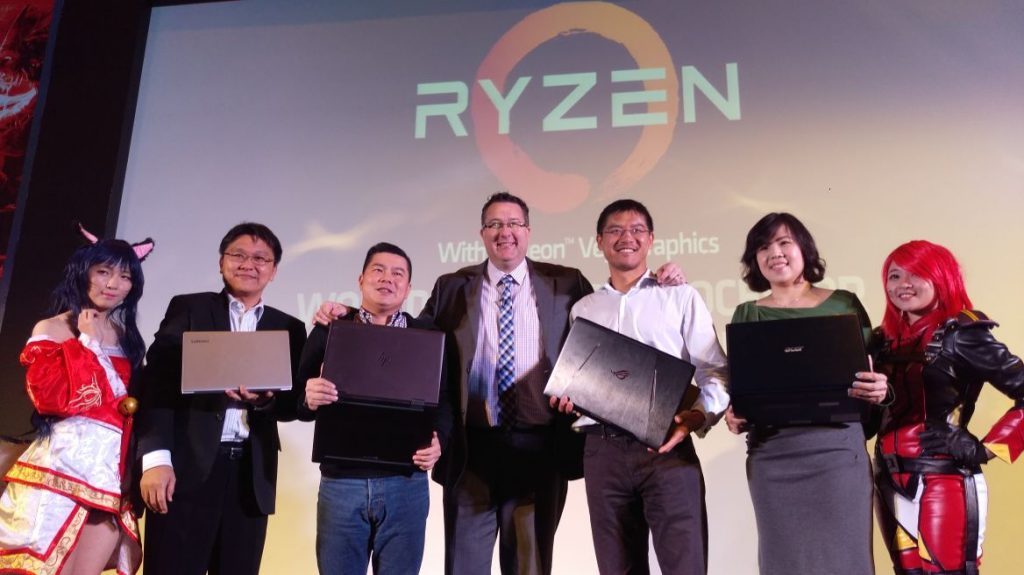 Consisting of up to 4 cores and 8 threads, AMD Ryzen mobile processors already use SenseMI AMD technology and are designed for good performance in a slim form. AMD Ryzen 7 7 2700U processors present a nominal 15W on processor TDP3.4.

In addition, the ranks of AMD Ryzen mobile processors are also the first to introduce Precision Boost 2 technology that is useful to speed up processor performance in working using one to many CPU8 cores. As well as the Extended Range Frequency (MXFR) mobile feature, which improves performance on notebooks with a good and certified cooling solution for “Ultimate XFR Performance”

AMD is also one step ahead with its 25X20 initiative. With AMD Ryzen 7 2700U processor enabling 5.86X increased power efficiency starting from the start of the initiative. The AMD Ryzen mobile processor is targeting an increase of up to 2X of battery life.

In Indonesia, AMD is working with a number of partners from leading computer manufacturers such as HP, Dell, Lenovo, Acer, and ASUS.