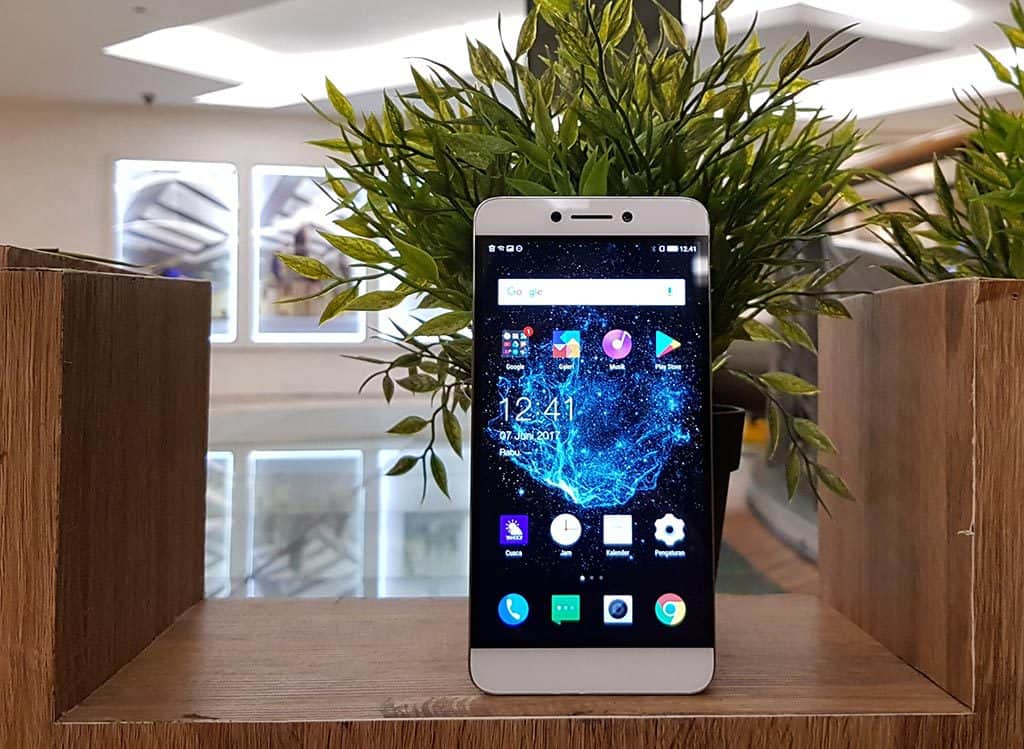 Dual Camera features are now loved smartphone users. Camera with the dual lens is believed to improve the ability of photography on the phone so the closer the ability of SLR cameras. Despite the existence of dual camera smartphone dominated by big global brands, but did not dampen the new brand to jump. One of them is Coolpad that does not want to miss the trend with the release Coolpad Cool Dual smartphone.

This smartphone is presented as a prime competitor of the line Cool that offers dual-camera as a mainstay feature. With a price of only IDR 3.199 million, Coolpad Cool Dual is definitely much cheaper than competitors of big brands that sell over IDR 5 million. This middle class wants to be targeted by Coolpad. Well, what about the quality of the camera and its smartphone features? Check out our reviews below.

For information, Coolpad which was originally named China Wireless was founded by Yulong Computer, a technology company based in Shenzhen, China. Last year, China’s leading Internet company, LeEco, bought a majority stake in Coolpad. In the end, both brands of smartphones are collaborating in product development. Cool Dad Cool Dad is one result of their product development. Where clearly visible from the label on the back of the body that read LeEco inside.

Coolpad Cool Dual makes me quite surprised. Coolpad, the Chinese smartphone manufacturer managed to design a unibody design that is so elegant and classy but with an affordable price of only IDR 3 million.In smartphones from global manufacturers of competitors, designs like this are usually found in products that cost five million and above. At the front, the screen appears to dominate the surface with a very thin bezel even as it runs out to the side (bezel-less). The form factor feels solid with built quality from a quality

In smartphones from global manufacturers of competitors, designs like this are usually found in products that cost five million and above. At the front, the screen appears to dominate the surface with a very thin bezel even as it runs out to the side (bezel-less). The form factor feels solid with built quality from a metal material. In the hand even though quite comfortable. Likewise when put into pants pockets.

Based on the information I get on Coolpad Indonesia website, this smartphone embraces aerospace design with military quality. Coolpad Cool Dual is made of aerospace magnetics engineered by 48 different manufacturing processes that change smartphone innovation. In theory, this phone is quite resilient. But I do not dare to test it because the unit that I try is a loan from the manufacturer.

As a middle-end smartphone, Coolpad Cool Dual appearance is somewhat special. The screen size is 5.5 “IPS LCD Full HD which presents the convenience to the user while accessing various features as well as running applications and playing games. The screen has also been coated with screen protector Corning Gorilla Glass 4 which makes it not easily scratched.Screen responsiveness is good. Although there is a little minus on the virtual keyboard innate which often

Screen responsiveness is good. Although there is a little minus on the virtual keyboard innate which often lagging when used for typing. Even sometimes until the restart. The solution is to replace the keyboard using another application, such as a keyboard application from Google.

Display interface looks simple and easy to use. Coolpad Cool Dual does not use the stock interface of Android but uses the EUI 5.8 interface system developed by LeEco.

Unlike the Android interface in general, EUI has capacitive buttons on the lower left side that can directly open the quick menu. Shifting from top to bottom on the home screen will only open notifications instead of opening the quick menu as it normally does. So for those of you who are familiar with other interfaces, need to adapt to the EUI Coolpad Cool Dual.

As a phone that relies on camera features, this is inevitably the main focus. Coolpad and LeEco take part in the development of Dual Camera technology. For information, each manufacturer has different dual camera development direction. Such as optical and digital zoom combinations, ultra-wide image lenses, selfies that can load more people, and maximize the effect of bokeh in order to achieve the results of photographs just like the work of professional photographers.

Coolpad prefers Dual Camera development on RGB and monochrome to get the best results. This approach is similar to that of Huawei with Leica. Coolpad Cool Dual has two rear cameras with 13MP resolution with autofocus speed 0.1 seconds.

Both lenses look the same, but they have different functions. One RGB camera to produce color in the image. While one camera again for black and white or monochrome images. Monochrome lenses help the RGB lens in capturing image detail while absorbing more light when conditions are low in light.

In addition, Coolpad pinned a two-color flashlight, ensuring enough light to produce the best photos. Dual camera 2.0 technology on the Cool Dad Cool Dad is claimed to increase image clarity by 20%, helping reduce image noise by 8% and increase brightness by 20%. Coolpad parties hope, this dual camera technology will lead to smart framing and 6Pnya lens gives users the best quality of the image.

The 8MP resolution selfie camera with PureCel pixel f / 2.2 architecture is able to reproduce bright and detailed selfie photos, with many options for playing cameras built-in apps. Users can use stickers to personalize their self-images, or can directly generate photos in GIF format. Coolpad also adds a three-dimensional photo self-processing feature, so your selfie photos look more natural.

Coolpad Cool Dual camera has a bokeh effect like SLR camera. Bokeh is the effect that professional photographers use to help the eyes focus more on one subject is photographed by blurring the background. With traditional cameras, you can get bokeh effects through a variety of ways; Using a wide aperture, zoom lens, large sensor or even close to the subject, as in macro photography.

The camera app interface is quite simple. To switch modes, you just move right or left on the screen. The options include Night, Video, Photos, Beautiful, and Pro which can be seen near the Shutter button.  As for the setting menu on the opposite or the left side (top). Here, you can set LED Flash, Bokeh SLR / Classic, HDR, Switch Camera (rear/front), Stamp, Slow-motion, panorama, GIF, and Settings.

Overall, the camera interface is quite comfortable to wear. Only one rather annoying access to the main features of the bokeh DSLR and Classic Mono effects. Coolpad should design this menu more strategically not put together in one place where to change the menu must click the text that appears on the screen. For example with attractive icons or grid-shaped menu.

In testing, the effect of bokeh can be set the level of opacity for the background or foreground outside the subject. The software embedded in Cool Dual can produce photos with bokeh effects and is able to change focus after clicking the photo. As for the Classic Mono, the monochrome photo looks very powerful and detailed.

Here are some examples of Coolpad Cool Dual 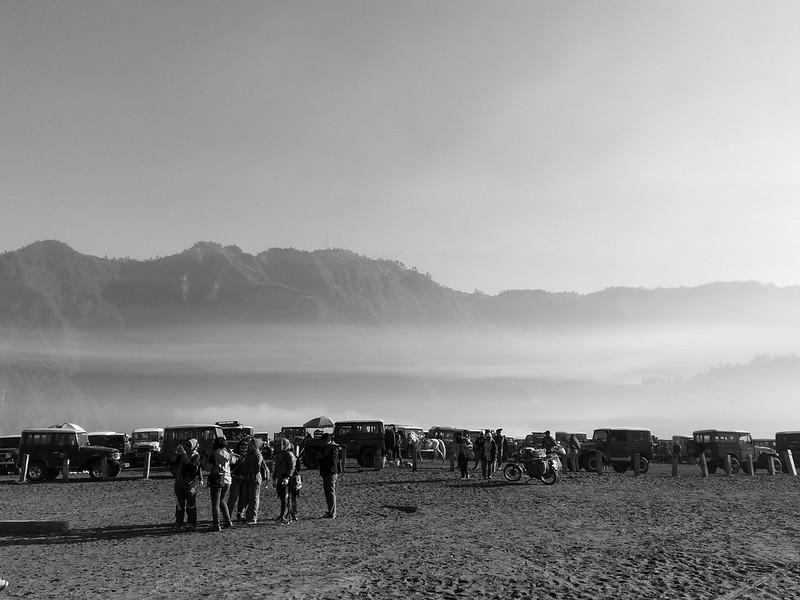 An example of a monochrome photo in the Bromo area. 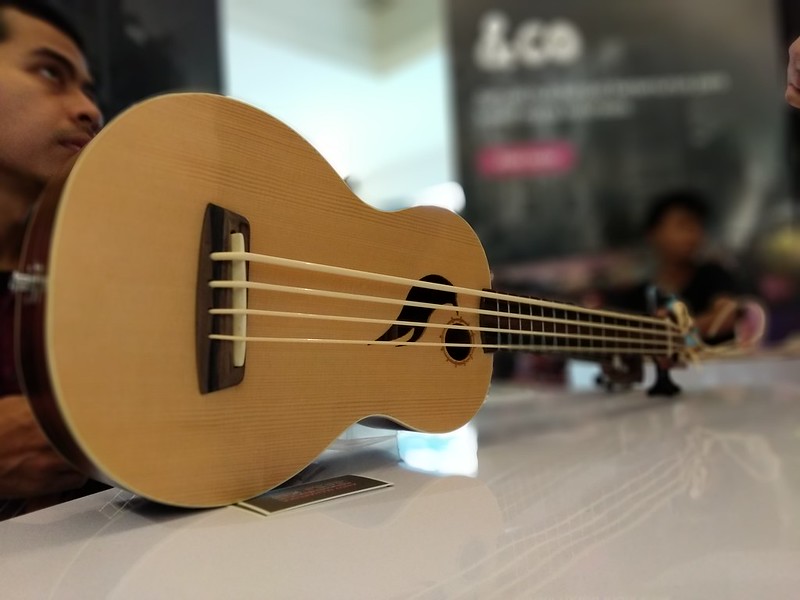 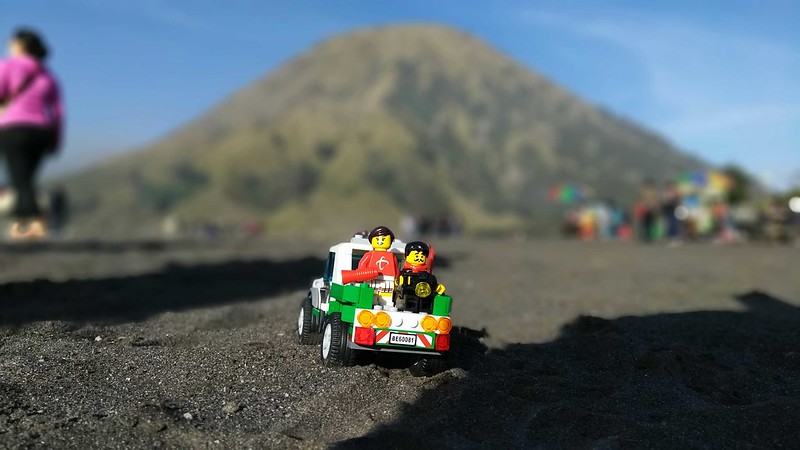 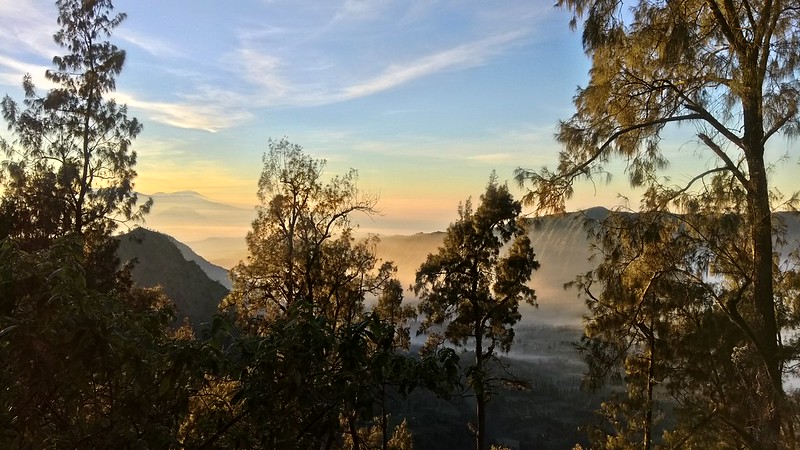 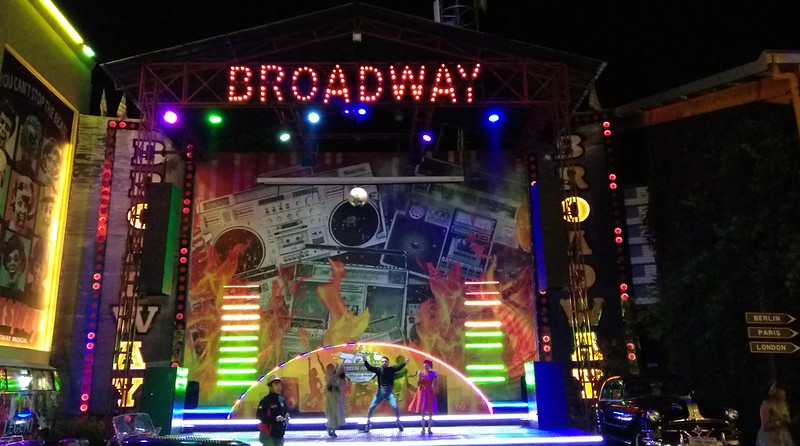 An example of a photo at night. Noise is still tolerable.

For other photos captured using Cool Dad Cool Dad, you can see in our Flickr gallery

Port and button placement is quite familiar like Android phones in general. Interestingly, Coolpad incorporates a Type-C USB port to charge, this is the first time in the Coolpad series. USB Type-C brings many benefits to the phone, in addition to sleek and reverse design, USB Type-C is also able to charge and move data more quickly. The position of the Type-C USB port is at the bottom flanked by Dual Speaker.

At the top, there is a 3.5mm audio jack port for listening to music from headphones. Beside it, there is infrared that can be functioned as a remote control. This can be a plus for Cool Dad Coolpad. While some smartphones have eliminated this feature, Coolpad still retains it. Although its function is not a priority, it is still needed. Especially if we often look for where the remote control TV is located, its function can be replaced by this phone.

On the other hand, Cool Dual is not accompanied by NFC connectivity. If this exists, of course, will be the complete features that exist in this phone. One more absence is the absence of micro SD slot. Though its function is important to increase the storage capacity in mobile phones.

Coolpad party quibble, the use of micro SD when you move the data in it, prone to lose due to crash or other reasons. Moreover, microSD memory cards that circulate in the market of different quality. Instead, if you need the expansion of storage media, users can take advantage of cloud storage services are widely available and can be accessed via an internet connection.

Actually, the reasons expressed by Coolpad are true. On the other hand, the storage capacity provided on this phone is limited to only 32GB. Whereas overseas, this smartphone has storage options up to 64GB. For users who are categorized active photographing and video recording, 32GB capacity is currently fairly mediocre.

Cool Dual is reinforced with Snapdragon 652 1.8GHz Octa-core processor and Adreno 510 and 3G RAM to ensure users do not experience lag when running standard applications and games. Android Marshmallow is paired with an EUI 5.8 interface that offers a new operating system for Android users.

Although like being standard in testing, I am not interested in the use of benchmark applications to measure the performance of a device. Because after all, more important is the user experience. And from the experience of using this smartphone for several days, I am quite satisfied with its performance. Running apps and games smoothly. Had a problem when in the early days where the phone runs unstable and restart by itself. But the problem I did not see again after changing the default keyboard application and OTA software upgrade.

This smartphone is equipped with a capacity of 4000mAh battery is quite large so that the durability was longer. Users do not need to panic when missed charger because its standby time is claimed to be up to 300 hours or about 12 days. Then if used to play games can last up to 24 hours, watch movies up to 40 hours, and listen to music for 120 hours.

Of course, the above calculations vary due to many factors that influence it. But in testing, at least this smartphone can last up to two days of use by running various features. Ease again, when the battery will run out, the charging is also quite fast because it supports fast charging.

With a price of 3 million IDR, this smartphone is potentially selling well in the market. Of course, if Coolpad does a great strategy to attract consumers. Because when viewed from the capital of his smartphone, the quality is equivalent to a premium smartphone, especially on the ability of a reliable camera. The design was pretty neat and complete features.

However, as a brand new smartphone, Coolpad must work extra hard to convince consumers. Must be balanced with good after-sales service. Especially in this market, the competition is very tight. Almost all smartphone brands, except Apple, play in this class.