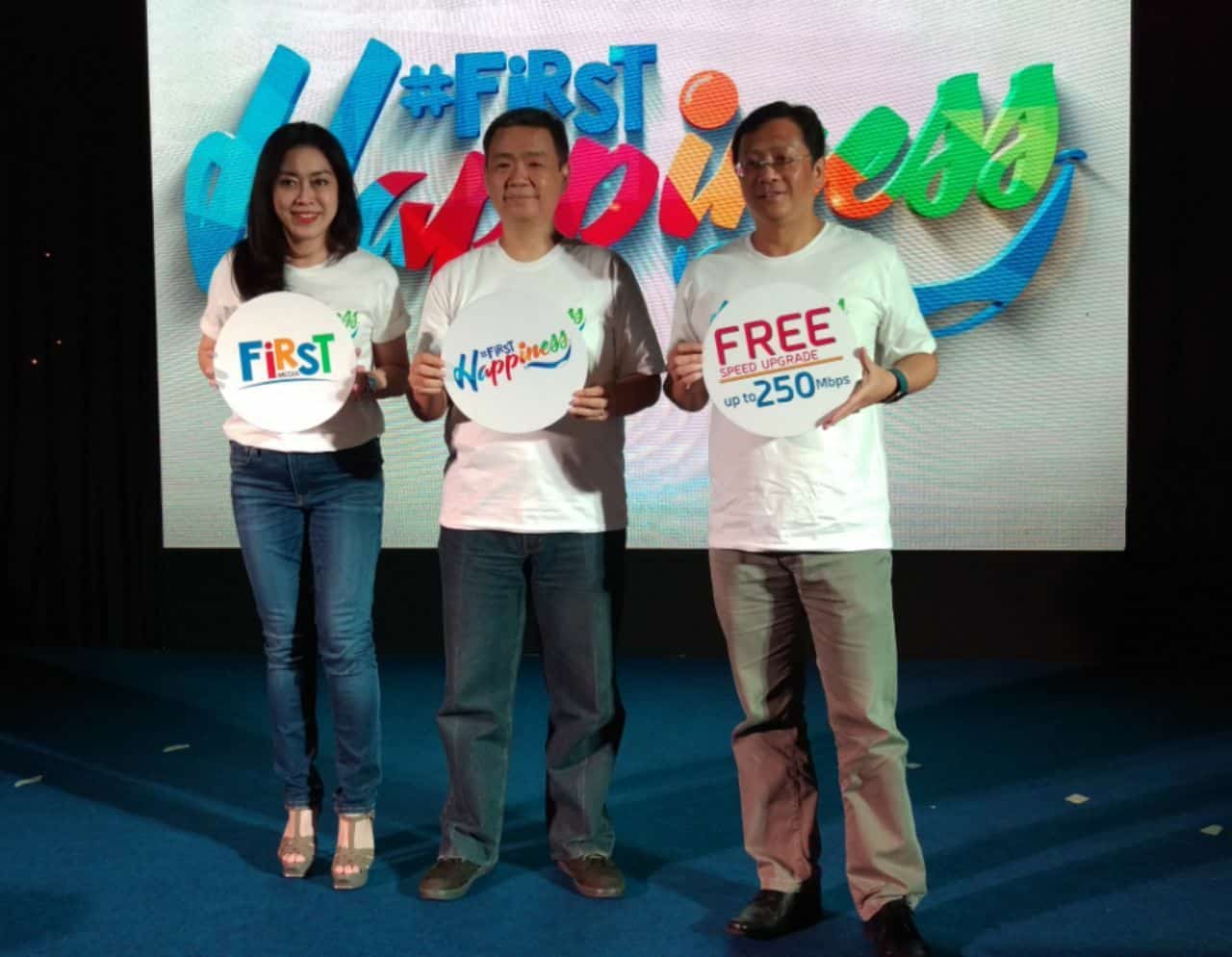 Based on data released by Cisco titled ‘Indonesia 2021 Forecast Highlight’, the average Internet speed in Indonesia reaches 7.4 Mbps in 2016 and will increase to 16 Mbps by 2021. Internet consumption continues to increase. This is the reason First Media gives 12 months free speed upgrade program to its customers.

This was revealed by Desmond Poon, Chief Technology Officer and Head of Product of PT Link Net Tbk on the sidelines of the press conference #FirstHappiness in Jakarta (11/22/2017).

According to him, First Media anticipates the growing demand for Internet usage. Where the total Internet traffic will rise from 2016 to 2021 by 4.9 fold, with an annual growth rate of 37%. This is driven by a surge in demand for video content, which will reach 74% of all Internet traffic by 2021, up from 52% in 2016.

“For that, we have the initiative to provide free speed upgrades of up to 250 Mbps for all customers.In general, the average Internet speed of subscribers increases to 50% faster,” said Desmond Poon.

He also claims that First Media is currently a leader in broadband Internet access speeds in Indonesia with an average Internet speed of 13 Mbps subscribers, or nearly twice the national average of internet access.

Meanwhile Liryawati, Chief Marketing Officer of PT Link Net Tbk., Said that in the journey of First Media over the past two decades of operation, the average customer growth per year is consistently 15%. “Currently, our subscriber reaches 1.1 million in 7 cities where the network infrastructure reaches 1.9 million home pass and until the end of 2017 it is targeted to be 2 million home pass,” said Liryawati.

Edward Sanusi, Director of Operations at PT Link Net Tbk, added that First Media also continues to improve the quality of after-sales service to customers, especially in the face of complaints. Among other things is by increasing the capability of services in digital channels through social media, website check.firstmedia.com, and MyFirstMedia applications.