GoPro name cannot be separated from the action camera. Because they are the pioneers of mini-cameras for this action. The good news, the latest GoPro HERO6 product has been present in Indonesia through Erajaya Group.

Cooperating with Erajaya that already has a wide network throughout Indonesia can be a strategic value for GoPro. Moreover, the brand had dimmed in the market. Had tried to get into the drone sector but collapsed with Dji dominance.

Now they are working to re-strengthen the products that have raised their name through GoPro HERO6.

According to Amir Hamzah, Director of PT Sinar Eka Selaras (SES), a subsidiary of Erajaya Group, in 2017 Erajaya Group through SES is developing a new business focus to target the Internet of Things (IoT) product market. One of the global brands that become business partners is GoPro.

GoPro HERO6 is regarded as one of the highly anticipated products by customers who love the extreme sport, Vloggers, Youtubers or daily users for selfie and documentation.

This action camera comes with a series of exciting features and improved performance compared to its predecessor. What is it like? Let’s see the 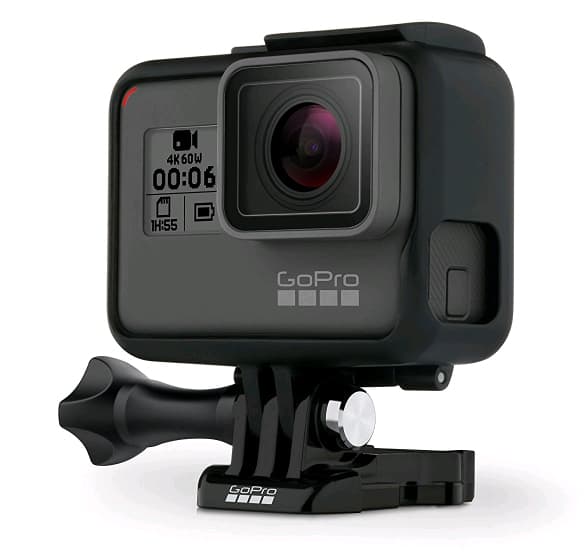 With our sophisticated video stabilization, HERO6 Black records very smooth footage, either held or installed in your equipment.

Record videos and photos that are clear and sharp, even in low lighting conditions.

Equipped with 5 GHz Wi-Fi, you can copy photos and videos to your phone faster than when using HERO5 Black.

One of the advantages of GoPro HERO6 is GoPro’s Custom Designed GP1 which makes it the most durable and durable cam action ever in the world. This gadget is designed to be durable and can be used for a variety of extreme conditions. HERO6 waterproof up to 10 m without the container.

Powered by GPS (Global Positioning System), HERO6 Black can record path, speed, elevation, and more. GPS statistic data can also be added to the video in the desktop Quik app.

Furthermore, the quick stories GoPro feature makes it easy for users to create videos and share them anywhere. Because this feature is able to download and edit video automatically on a smartphone.

At GoPro HERO6, this feature evolves more advanced at 3 times the speed of HERO5 due to wifi chips on HERO6.

Equipped with sensors, GPS and face recognition, the QuikStories feature on HERO6 will make it easier to create videos and pictures while doing extreme activities though.

GoPro HERO6 has various new features such as the GP1 processor that delivers 2x better performance than HERO5 Black.

The presence of the processor also allows users to record 4K quality video at 60 frames per second and take slow-motion footage video with quality up to 1080 / 240p.