byTim Editor
in News
Reading Time: 3 mins read
A A
0

Indonesia Games Championship (IGC), a competition for games and the gathering of young people who have skills in playing games officially launched by Telkomsel. The competition that held in five big cities is expected to be attended by more than 10,000 participants and visitors, making this event the games the biggest event in Indonesia.

Through IGC, Alistair Johnston, Director of Marketing Telkomsel, said it seeks to accommodate community of gamers in Indonesia to interact with each other and share information about the games. “This event is one of our efforts to build the ecosystem of digital entertainment lifestyle for the people of Indonesia,” he said.

Meanwhile Hari Santosa Sungkari, Deputy Infrastructure of the Creative Economy Agency (BEKRAF), which is present at the time of the Kick-Off Indonesia Games Championship appreciate this step. According to him, Bekraf this time also continue to push games local developers to create games that are beneficial to society, not only shaped the entertainment, but also educational. “We expect Telkomsel also support the progress of the games industry local,” said Hari. 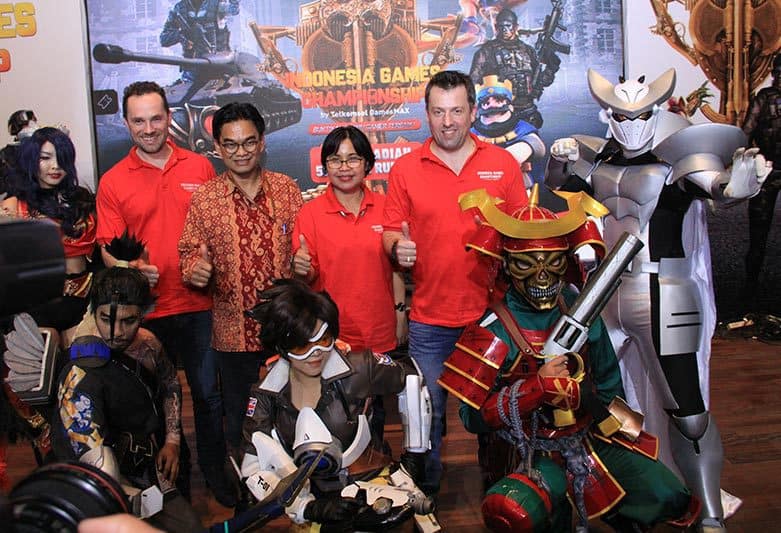 Indonesia Games Championship was held in two categories: PC Games and Mobile Games. For the PC Game category, the type of the game competed is Dota 2, Point Blank, and World of Tanks. While the type of games that competed in the category of Mobile Games is the Cmd, the Clash Royale, Crisis Action, and LINE Let’s Get Rich. The winner of the competition games it will be competing for prizes worth a total of more than Rp 500 million.

At the peak of the event in Jakarta, Telkomsel will also organize seminars to visitors who want to know the ins and outs of the games industry and the trends in the market Indonesia and global. In addition, also held a coaching clinic from the game developer expertise who will share tips for the local game developer who wants to learn and deepen their competence in making a game that is reliable and attractive.

Visitors also can feel the thrill of playing a virtual reality game using the latest technology Omni virtual. Even a lover of games are also invited to reminisce to the era of the 1990s with game console legacy, such as Nintendo and Playstation, as well as a board game, like snakes and ladders and ludo.

The IGC will also present the game developer and publisher renowned, such as LINE, Netmarble, Owngames, the Company, futuremark games studio, Digital Happiness, and True Digital Plus that will display the game of his latest release. Visitors will also enjoy musical performances attractive than some well-known bands.

Telkomsel also hold a competition cosplay (costume parade cartoon characters or video games) that can be followed by individuals and groups. The contest is divided into three categories, namely cosplay, cosplay cabaret, and coswalk. In addition, Telkomsel also held TCASH Food Bazzar, in which the user TCASH can feel the experience of the transaction are non-cash in the merchant-merchant food and drink, such as Chatime, Lotteria, Hop Hop, KFC, Indomaret, Food Truck, and Bakmi GM.