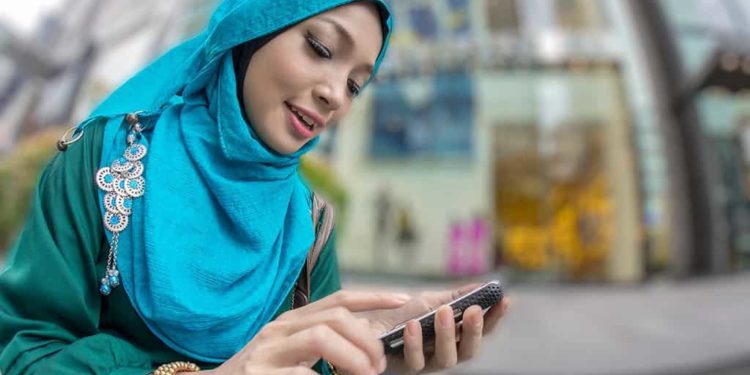 The various anticipations that have been made by mobile operators ahead of Ramadan and Eid ul-Fitr 1438H managed to record an exhilarating. Now they are harvesting revenue from a surge in communications traffic during the Lebaran 2017 season. Although they do not tell the amount of revenue they earn, they have reported an increase in communications traffic, especially significant internet data. At least three of the operators have released official reports: Telkomsel, XL Axiata, Indosat Ooredoo, and Tri.

Telkomsel experienced a surge in the use of data services more than 136%. This figure increases when compared with data traffic in the same period in 2016. And when compared with the normal day during 2017, this service also increased by more than 27%. The use of data services is the most used by customers to access social media (36%), followed by video streaming service (29%).

Meanwhile, Hutchison Tri recorded an increase in traffic in Tri network, which is almost 200% higher compared to the same period last year. Tri customers actively use social media, instant messaging applications such as WhatsApp and enjoy the benefits of a toll-free phone and feature phone quota in the WhatsApp and Lines app for delivering Eid greetings and greetings. In addition, streaming is also a major activity of Tri’s subscriber during the holiday season, homecoming and Lebaran 2017.

XL Axiata recorded the highest increase of data traffic. In the period of 20-27 June 2017 or H-5 until H + 2 Lebaran 2017, there was an increase of data traffic service up to 15% compared to normal days and increased 218% compared to traffic in the same period last year. This increase was driven mainly by increased access to Data services by customers compared to normal days, as well as a positive impact of the expansion of 4G LTE and 3G U900 services in various regions of Indonesia.

Despite the low traffic increase compared to other operators but Telkomsel’s data consumption is far beyond its competitors. Operators of Telkom and SingTel subsidiaries are penetrating more than 6,000 TB (Terabyte) in Lebaran 2017. As for XL Axiata, data traffic during the H-5 to H + 2 period totaled more than 4020 TB, increasing from the average traffic Data on a typical day of 3,600 TB.

Meanwhile the Tri’s data traffic averagely per day 3000 Tb / day, 35% is 4G LTE traffic. This is certainly not separated from the number of Telkomsel’s largest customers than others. For Indosat Ooredoo, special on June 25 is able to reap traffic around 2813.18 Terabytes/day. Precisely the highest data traffic increase occurred during Lebaran 2017 which is on the peak day of H-3 Lebaran, where data traffic increased to about 3102.10 Terabyte/day,

Despite the increase in traffic, XL Axiata network is claimed to successfully serve customers, without significant obstacles. Likewise with Telkomsel which states the network is functioning well to serve the needs of customer communication in the moment Lebaran 2017. And Tri grateful customers do not experience significant obstacles in their network service during homecoming and celebrate Eid al-Fitr.

Data services are increasingly in demand

In contrast to data services that are increasingly in demand by many customers as the primary choice to communicate on Lebaran day, voice and SMS services are not increasing compared to normal day traffic. In the Telkomsel network, voice service traffic fell 6% to 1.3 billion minutes, while SMS tended to stagnate at 740 million SMS.

Meanwhile, the increase in traffic also occurs on access to Google services such as Google Maps and road map apps and Waze traffic density up to 135%. The increase in access to both services is in line with the surge in customer needs over route information and traffic conditions as heading to his hometown and tourist locations outside Jabodetabek.

The advancement of digital technology is also increasingly providing quality services for access to instant messaging, voice, video, and video call services along with increasing network quality Data available in the middle of customers. The trend is evident from the increased access to social media messaging services (WhatsApp, FB Messenger, LINE) more than 46.5%. The same is true of access to VoIP Call (WhatsApp Call, BBM, Facebook VoIP, Skype) services for up to 9%, as a new means of replacing traditional voice or regular voice services.

This trend shows changes in customer behavior that previously used many traditional SMS services. This high increase is also driven by the needs of customers to convey the wishes of Eid al-Fitr.