Along with Acer’s achievement of various growth for its core business, the Taiwanese computer manufacturer has expanded its Acer Predator line of gaming with attention to great potential in the gaming market. 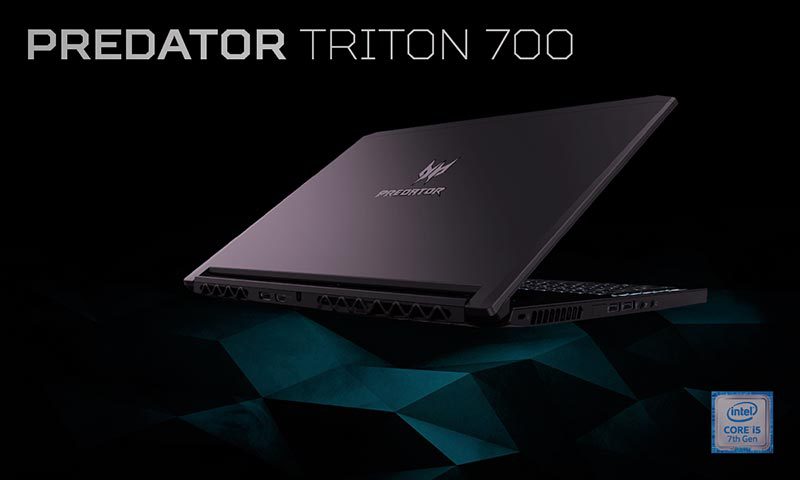 Acer released a lightweight, thin gaming laptop, but has a high specification. Acer Predator Triton 700 is the latest generation gaming laptop with the curved screen and weighs only 2.6 kilograms.

Jerry Hou General Manager of Acer Inc., says the Acer Predator Triton 700 is developed from the 21X Predator. Using AeroBlade 3D Fan technology made from metal, make this laptop still work even though very thin. AeroBlade 3D dual technology can increase airflow by 35% but take up less space in the device.

Acer Predator Triton has a minimalist design with straight contours and angled front elbows that wear a modest black chassis. There is a large Corning Gorilla Glass glass over the keyboard that serves as a window into the notebook cooling system, featuring a 3D AeroBlade Fan and five heat pipes, and serves as a touchpad.

In order to present a stunning gaming experience, the Predator Triton 700 supports the virtual reality that offers brilliant and bright visuals on the 15.6-inch IHD screen with NVIDIA G-SYNC support for connecting to an external monitor. Acer TrueHarmony delivers deep audio with clearer acoustics.

Last is a mechanical keyboard that can respond to typing quickly and accurately and has a color backlit lamp that can be changed. If Predator Triton 700 laptop is the highest series, then there is a more “affordable” alternative that is Predator Helios 300 below. 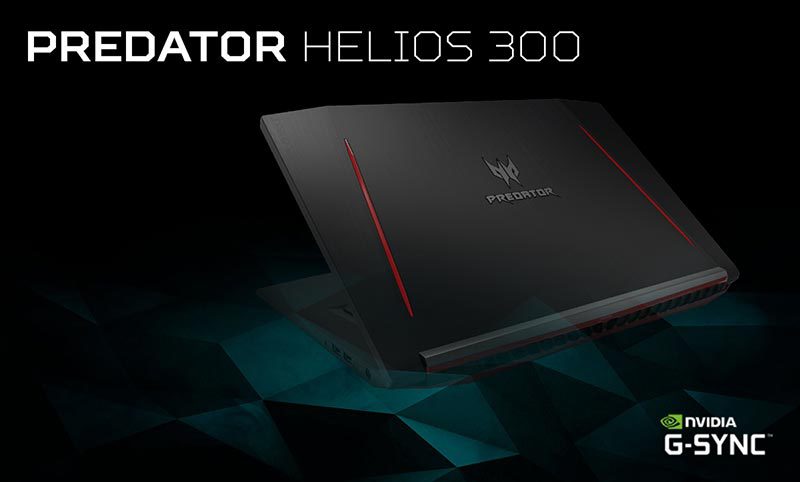 Fortunately, Acer gives a “cheaper” price option than the Predator Triton 700. Actually, it’s not cheap, it’s still expensive, but it’s a premium for regular laptops, but the middle class for gaming. This is the Acer Predator Helios 300 which has a high enough specification and can be overclocked, but the price is half of his brother the Triton 700.

There are two types of options if Gizmolovers are interested in purchasing the Predator Helios 300, which is the type with a screen size of 15.6 inches and 17.3 inches. This laptop also has two choice of processor that is between 7th Gen Intel Core i7 processor (7700HQ) or i5 processor (7300HQ). Not only that, the graphics card can also be selected between NVIDIA GeForce GTX 1060 or 1050Ti GPU. For heavy game lovers, the processor and graphics card you can overclock.

For a notebook, the price is expensive. Because with that kind of money, you can already use it to pay the DP (down payment) mortgage for home purchase credit or car loan DP. But this is still much cheaper than the gaming notebook output competitors Asus ROG RX800 which cost almost IDR 100 million.