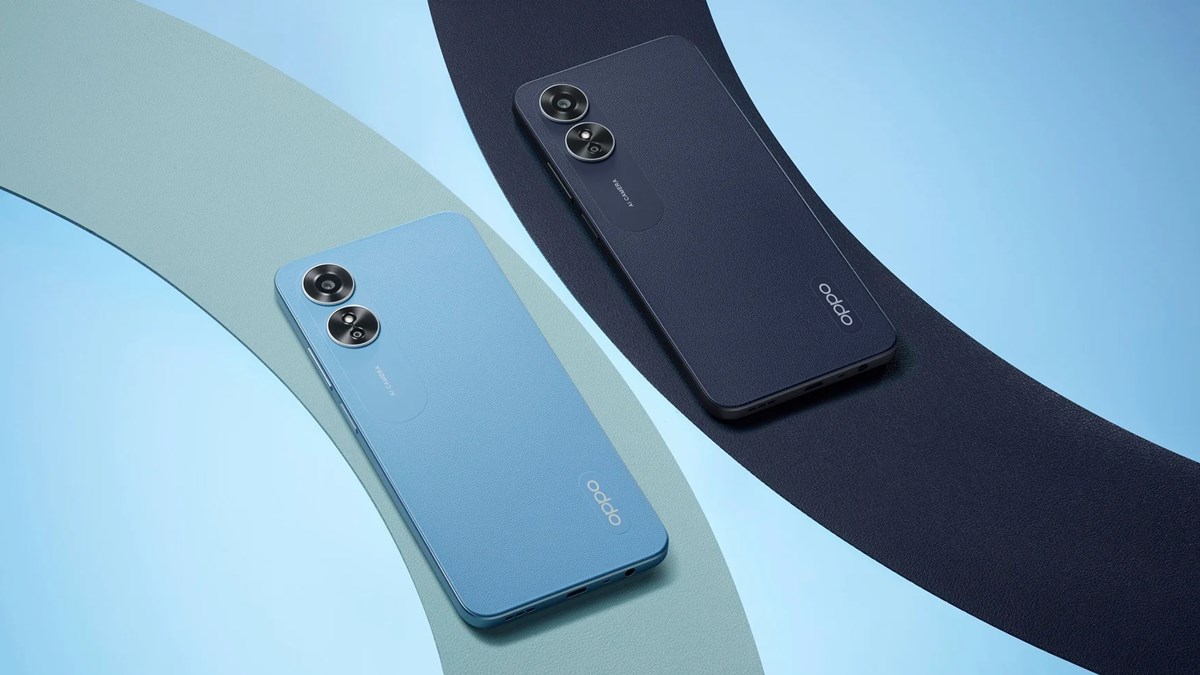 The OPPO A Series does come in a number of different options, ranging from a million prices to approaching the Reno series. Especially those that have the number “1” in front of them, indicating that the device is included in the entry-level segment. Through the presence of the OPPO A17, OPPO tries to increase its competitiveness with competitors. One of them by showing a new design.

The presence of this latest OPPO smartphone has indeed been circulating rumors since the last few days. Officially as of today (26/9), the new smartphone has been displayed on the OPPO Malaysia and Singapore sites, complete with prices. Although there is no special page that details the specifications thoroughly.

OPPO A17 back body has a skin-like surface

If you previously used a curved design, the OPPO A17 body was made more assertive with the sides and rear body made straight, aka flat. The thickness of the body itself is quite slim at 8.3mm, and weighs 183 grams. There are two camera sensor protrusions on the back side, while the body surface is made to resemble a leather texture—adding a more premium feel.

Just like OPPO smartphones in general, the durability of the OPPO A17 is quite high, because it has successfully passed a number of test methods including micro-drop testing as many as 28 thousand times. The body has also entered the IPX4 standard, aka resistant to splashes of water. So there is no need to be afraid of being damaged if accidentally splashed.

The OPPO A17 screen itself is still more or less the same, using a 6.56-inch waterdrop notch design. The resolution is still the same as HD +, and has a standard 60Hz refresh rate. At least, the panels used are classified as quality. Because it supports 100% DCI-P3 color accuracy. On the left, users will also find a fingerprint sensor that is naturally integrated with the power button.

The OPPO A17 battery is also still the same as the previous generation, which is 5,000 mAh. Even though it supports a USB-C port, unfortunately it is still not equipped with fast charging, aka only 10W.

So what are the new things that are presented through the OPPO A17 other than in terms of design? It’s in the photography sector. Improved from the previous generation, this time pinned a sensor with a much higher resolution, namely 50MP. It has an f/1.8 aperture and is powered by AI to produce the best images automatically. Accompanied by a 2MP secondary sensor, this device can produce portraits with more accurate background separation.

Meanwhile, for selfie needs, there is a 5MP front camera that supports Selfie HDR and AI Portrait Retouching features. For the chipset, OPPO A17 still runs the MediaTek Helio G35 chip. But now the built-in 4GB RAM capacity can be expanded up to 8GB, taking advantage of the unused space of the 64GB internal memory.

With a more superior camera setup, the price of the OPPO A17 is priced at MYR599 in Malaysia, or around Rp. 1.96 million. Apart from Malaysia, OPPO is also preparing a pre-order system for this device in Singapore. While the availability in Indonesia is not yet known.