byChandra Wirawan
in News
Reading Time: 2 mins read
A A
0

After gold version has been released to the market, Oppo F3 Plus Black Edition is officially available in the Oppo Store, modern retailers, and several e-commerce networks in Indonesia. As the name implies, this smartphone offers a deep black color that gives the impression of a fierce and elegant.

With its manly appearance, of course, “the black” textured rough (matte) is perfect for men who want a cool smartphone to reinforce the appearance of masculine. But, it does not mean Oppo F3 Plus Black Edition is not suitable for girls you know, Gizmolovers. 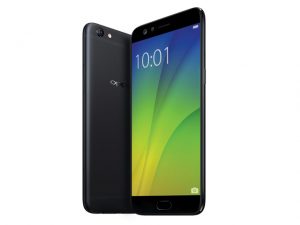 “Starting April 12, 2017, we issued a variant of the latest color that we call Oppo F3 Plus Black Edition which can be obtained in all Oppo Store, the modern retailer or e-commerce in Indonesia. We hope with the presence of this new color can provide choice to the consumer to customize the persona, respectively,” said Alinna Wen, Brand Manager Oppo Indonesia through the official information received from Gizmologi.

For your information, Oppo F3 Plus the first time officially sold on March 23, in which it sold a total of 13,000 units in just 8 days of pre-order. Priced at Rp 6,499 million, this smartphone offers the experience of a selfie that is better with the dual-camera on the front that one can capture objects up to 120 degrees for selfie wider.

According to you, does the Oppo F3 Plus Black Edition this really looks manly, Gizmolovers?