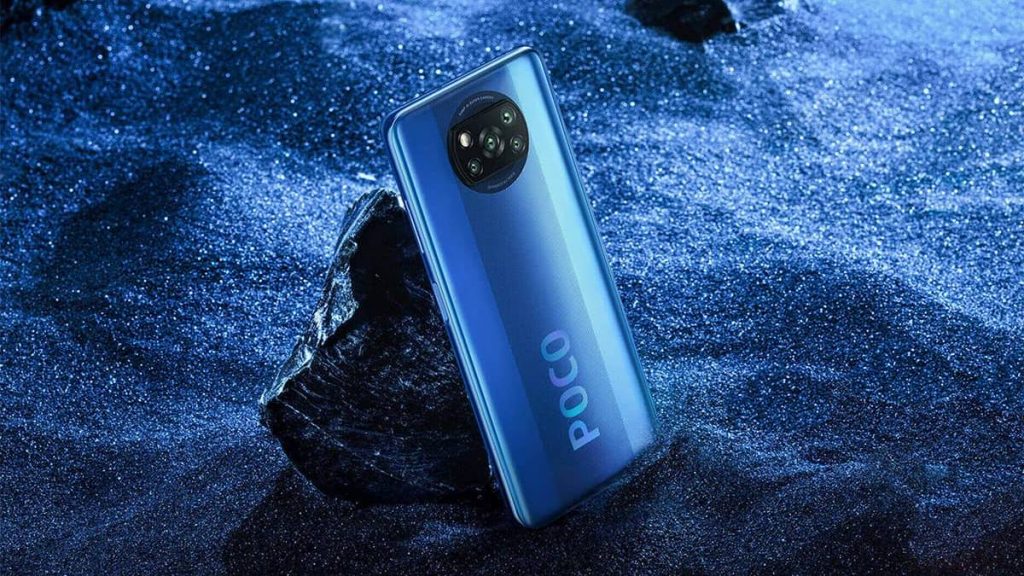 Poco always present a product that hit the smartphone market segment. Starting from the flagship line to the million price entry class segment, always provide high value or specifications. This time, it is the turn of the Poco X3 Pro & Poco F3 to be officially presented in the country.

Both of them come with the latest flagship class chip from Qualcomm, namely the 800 series. Although, indeed, one of the two smartphones presented this time has an identical appearance. Yes, right, Poco X3 Pro actually comes as if it were a minor refinement version of Poco X3 NFC. Maximize performance with a much better chip.

While Poco F3 present entirely new, where previously introduced as Xiaomi Redmi K40. This smartphone is suitable for those who are looking for a flagship smartphone experience at an affordable price, where they already use an AMOLED screen panel and are no less speeding. Have specifications that can be said to be competitive with their own siblings, Xiaomi Mi 10T.

The Poco X3 Pro has a much faster chipset, Snapdragon 860

The affix to the “Pro” naming on the Poco X3 Pro is prioritized on its performance. If the previous generation used Snapdragon 732G, then the successor this time uses Qualcomm’s best chip in 2019, namely Snapdragon 860 (with the exact same architecture as the Snapdragon 855 Plus). Claimed to have 71% faster performance plus a 45% higher antutu score.

In order not to get hot when used for playing games, a LiquidCool 1.0 Plus cooling system is embedded which can reduce the temperature to 6 degrees Celsius. And to make the gaming experience even more comfortable, the Poco X3 Pro comes with the exact same screen – 6.67 inches full HD + with a 50 – 120Hz refresh rate and 240Hz touch sampling rate.

By design, it still looks exactly the same. The only difference is in the accent color and slightly different surfaces. Where the Poco X3 Pro has a matte side with a body that is more fingerprint resistant. The massive 5,160 mAh battery capacity can be fully charged in under an hour. NFC? Still there.

With a faster performance because it already carries the Qualcomm Snapdragon 870, the Poco F3 also supports 5G connectivity. Coming as a surprise after introducing the Poco X3 Pro, Alvin Tse, Country Director of Xiaomi Indonesia said that the public had also been waiting for this higher variant.

He said, the presence of the Pocophone F1 was enough to hit the fast smartphone segment, while the Poco F2 was absent in the country. For this reason, the Poco F3 is here as a successor, brought in quickly in the same launch as the Poco X3 Pro.

Better than the Xiaomi Mi 10T, the Poco F3 screen already uses a full HD + 120Hz Dynamic AMOLED panel, with the same wide area as the Poco X3. Already supports HDR10 +, maximum brightness of 1300 nits, plus a layer of Gorilla Glass 5. What is common between the two is the use of the Sony IMX582 main sensor with a resolution of 48MP f / 1.79.

The battery capacity is slightly smaller at 4,520 mAh, but it still supports Hi-Res Audio, Dolby Atmos, and stereo speaker setups. With a vibrating module on the body that is made in such a way as to make the gaming experience more immersive. However, there is no mention of the presence of a splash-proof certification (IP53) like the Poco X3 Pro & X3 NFC.

Can’t wait to buy a smartphone with fast performance from Poco Indonesia? Present as a cheaper option, the Poco X3 Pro is priced at IDR 3,499 million & IDR 3,899 million, for 6 / 128GB & 8 / 256GB memory variants respectively. A pretty fantastic price for a smartphone with a Snapdragon 860 chip. Sold through the e-commerce site Shopee Indonesia.