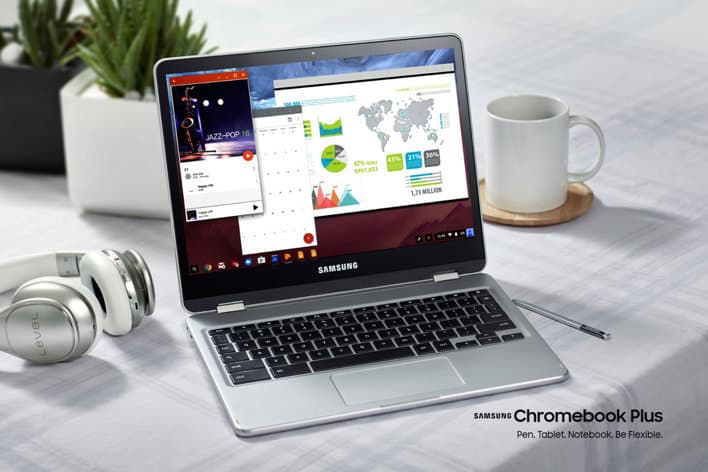 C ES (Consumer Electronics Show) 2017 becomes a means for manufacturers to throw new products into the market. Samsung which has been known to be diligent in producing mobile phones has issued another product that is a laptop. Together with Google, the company launched Samsung Chromebook Plus and Chromebook Pro.

The new generation laptop from this Chromebook platform relies on the power and productivity of laptops with the versatility of a tablet. Samsung and Google are partnering to design a new generation Chromebook, born at the crossroads of hardware and software innovation.

Samsung Chromebook Plus and Chromebook Pro are designed for Google Play. So users can use all the apps next to movies, books, and music. Samsung Chromebook also offers the 360-degree rotating touchscreen, quad HD display, built-in digital pen and lightweight new metal design.

Alanna Cotton, vice president of product marketing at Samsung Electronics America said since launching our first Chromebook more than five years ago, it is constantly improving products, developing computers that not only fit into consumer lifestyles but make their lives easier, more mobile and More productive.

“With Samsung Chromebook Plus and Pro, we partner with Google to pair the slim design with the highest flexibility, encouraging users to experience more with Google Play and Android apps, while continuing to provide simplicity, top-rated security and shareability inherent in Chromebooks,” says Alanna. 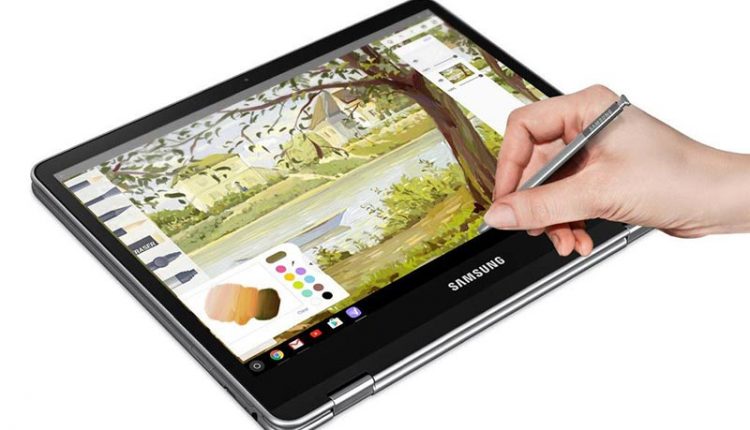 Chromebook Plus and Pro are designed to be flexible devices, allowing users to turn Chromebooks on demand. This laptop can rotate 360 degrees which will perform as both a notebook and ultra-mobile premium tablet. For the first time in the Samsung Chromebook Chromebook Plus and Pro lineup comes with a built-in pen, embedded in the side of the device for secure storage and easy access.

The Pens take the convenience of such tablets, such as the ability to easily take notes and capture content on the screen. The game is ready to be used out of the box with the Google Keep pre-installed apps for notetaking and Samsung ArtCanvas for drawing. The new pen has 0.7mm pen tip and pressure sensitivity for precise screen capturing.

With a sleek and lightweight design, Samsung Chromebook Plus and Pro are high-quality hardware computers designed to fit consumers’ pockets, making it easy to carry wherever they take them. In addition, an integrated full-size keyboard and trackpad allow users to write and play from anywhere. Not just a laptop or tablet, Samsung Chromebook Plus connects to the world of experience with the availability of apps, games, and media, all through the Google Play Store.

This device has a Quad HD screen 2400 × 1600 coated with Gorilla Glass 3. The display uses a comfortable 3: 2 ratio for playing, working or watching videos. Chromebook Plus and Pro have upgraded its ports, and now have two USB-C ports and 4k video streaming, delivering high-quality video and games from Chromebook on 4k display connect.

As the name implies, this laptop is perfect for surfing the internet with a powerful Chrome browser, along with Google Drive and Google Hangout. In addition, it includes built-in antivirus which will automatically update. Samsung Chromebook is equipped with 4GB of RAM with 32GB of internal memory which is certainly very small for the size of the laptop. But indeed this device is more relying on cloud services where all your data is stored in Google Drive. The battery itself is claimed to be able to survive for 8 aliases can work during the day.