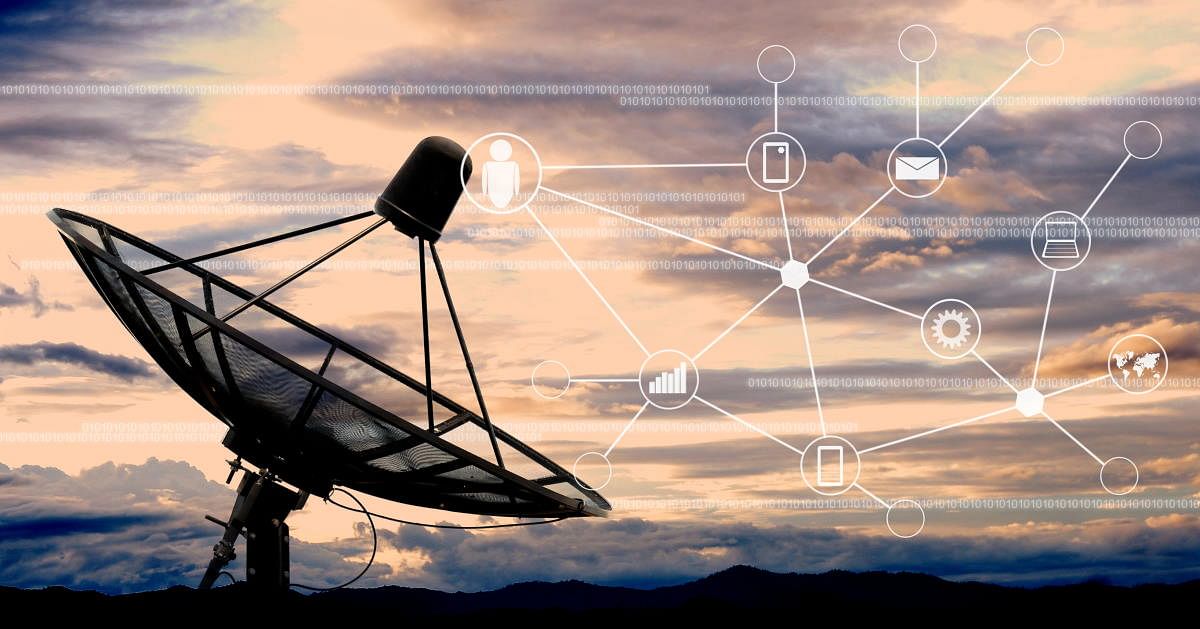 Cikarang, Gizmologi – The government continues to implement efforts to accelerate digital transformation for all corners of the country. One of them, today (8/18/2021), the Minister of Communication and Information, Johnny G. Plate, laid the groundbreaking for the control room for the SATRIA-1 Satellite (Indonesia Raya 1 Multifunction Satellite).

Johnny G Plate said that today’s groundbreaking in Cikarang marked the start of the construction of the first SATRIA-1 Satellite Project earth station. This also shows that despite the pandemic situation, efforts to accelerate digital transformation continue to be realized in order to provide digital connectivity throughout the archipelago.

“Through this digital control station, the Government can control and monitor the movement of the SATRIA-1 Satellite, perform network management to comply with service stability standards, and become a means of data communication between the SATRIA-1 Satellite and the earth,” said Johnny, during the groundbreaking of a building in the area. PT Pasifik Satelit Nusantara (PSN) office in Cikarang, Bekasi Regency.

For information, the SATRIA-1 satellite is a satellite system development project to provide broadband internet access via satellite for all regions of Indonesia. This satellite is named SATRIA because it is expected to be one of the solutions for Indonesia’s telecommunications infrastructure to overcome the digital gap. Because satellites are more likely to reach all parts of Indonesia and even remote parts of the country.

The Reason for Kominfo to Build the SATRIA-1 Satellite

According to Kominfo, satellite technology is one of the suitable technology options to be adopted to pursue connectivity, especially to cover signal blackspot areas because terrestrial internet access technology is difficult to reach. The SATRIA-1 satellite is expected to be operational in the third quarter of 2023.

“Indonesia’s geographical condition which consists of thousands of islands, mountains, hills, valleys, rivers, canyons, straits, and vast seas with various challenges in providing terrestrial networks is one of the considerations in the choice of satellite technology as a telecommunications solution in a joint effort to reduce the gap in broadband internet access to bridge the digital divide,” said Johhny.

SATRIA-1 is planned to have 11 earth stations/gateways in several locations spread across Indonesia, including Batam, Cikarang, Banjarmasin, Tarakan, Pontianak, Kupang, Ambon, Manado, Manokwari, Timika and Jayapura. Cikarang will be the location for the Primary Satellite Control Center Station, Network Operation Control, and Gateway for the SATRIA Project which is an integral part of the project. SNT is currently in the process of land acquisition for all earth stations which are located in 11 parallel locations.

“The SATRIA-1 Satellite Project is a tangible form of the Ministry of Communication and Informatics’ efforts to provide inclusive and equitable connectivity to all corners of the country, especially in disadvantaged, frontier, and outermost (3T) areas,” continued Minister Johnny.

Meanwhile, Adi Rahman Adiwoso, Director of PSN, said, “This groundbreaking also shows that the obstacles we face, also faced by all economic actors in the Covid-19 pandemic situation, we can overcome so that we can reach this stage. Until now, the construction phase of the satellite and the construction of earth stations for the SATRIA project are still in accordance with the plan. We ask for prayers from all the people of Indonesia, so that the satellite can orbit according to the schedule, which is in 2023,” said Adi Rahman Adiwoso, Director of PSN.

Commenting on the construction of the multifunction satellite, the President Director of BAKTI Kominfo, Anang Latif, said that SATRIA-1 will be able to provide speeds of approximately 5 Mbps/location point.

“This capacity for the initial stage will be sufficient to serve the internet access needed by 150 thousand public service points, which are spread over 93,900 school and Islamic boarding schools, 47,900 points in regional/district/village governments, 3,900 police/TNI office points in the 3T area, 3,700 local health services/hospital points, and 600 other public service points,” said Anang Latif.

The SATRIA SMF project is being collaborated under the PPP scheme (Government Cooperation with Business Entities) with Kominfo. Act as the person in charge of the cooperation project (PJPK) through the BAKTI Kominfo Public Service Agency. The manufacturer of the SATRIA PPP Project is Thales, based in France, while the launch will be carried out using a Falcon 9-5500 rocket produced by Space X of the United States. Thales Alenia Space is a well-known satellite manufacturing company appointed by SNT as a satellite manufacturing contractor for the SMF project.

The PSN Consortium formed the Nusantara Tiga Satellite (SNT) as the Organizing Business Entity (BUP) related to the Government and Business Entity Cooperation (PPP) project for this Multifunction Satellite. The PSN consortium is a consortium of domestic companies, where PSN as a member of the consortium is the first private satellite company in Indonesia that has had experience as a satellite operator for Indonesia and Asia for almost 30 years.

Newsmag is your news, entertainment, music fashion website. We provide you with the latest breaking news and videos straight from the entertainment industry.