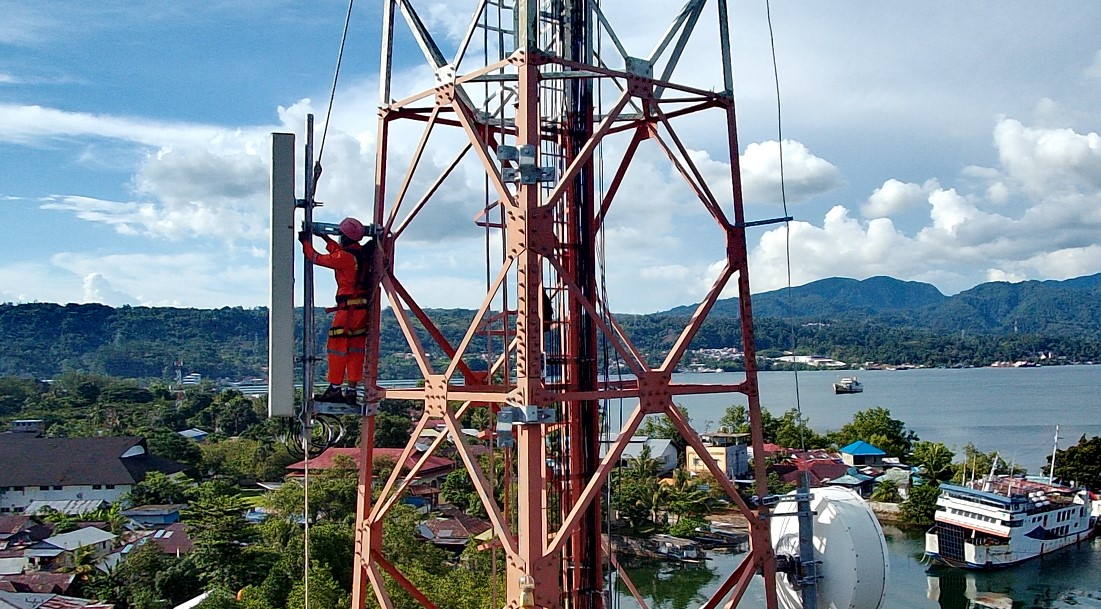 Indosat Ooredoo claims to be the first cellular operator in Indonesia to run OpenRAN (Radio Access Network) field trials on the 4G network. The trial includes proof of concept (proof of concept) and functional testing.

This field trial was carried out in several locations in the Maluku region from March to the end of April 2021. This is part of Indosat’s aggressive efforts to improve and expand its video grade 4G network (video grade network) to provide better internet services to its customers. The trial was supported by the OpenRAN Telecom Infra Project (TIP) Project Group and Parallel Wireless.

Also read: Open RAN, an open and efficient cellular technology that is being tested in Indonesia

Medhat Elhusseiny, Chief Technology and Information Officer of Indosat Ooredoo, said that they are proud to be the first cellular operator in Indonesia to conduct OpenRAN field trials. “The success of field trials in several locations in the Maluku region has further strengthened Indosat Ooredoo’s position as a pioneer in implementing the latest technological innovations to build telecommunications infrastructure more quickly and efficiently,” he said.

OpenRAN is a technology that supports the RAN interface to be openly operated, thus enabling connectivity between hardware and software from different telecommunications vendors. It is hoped that the disaggregation capability in OpenRAN will further reduce the cost of network provision. So that it can be a solution for cellular operators and the government to accelerate the expansion of the 4G network to the interior of Indonesia, including the 3T (Disadvantaged, Frontier and Outermost) areas.

Anuj Sharma, Director of Sales for Parallel Wireless, added that, as a leading innovator in the region, Indosat has set a new standard globally to provide better internet services for customers, by validating virtual OpenRAN.

Indosat Ooredoo is the first cellular operator in Indonesia to carry out field validation of the state-of-the-art cloud-based LTE 900 technology in their OpenRAN architecture and successfully delivers the same 4G network quality as conventional RAN. “We are proud to be able to support Indosat Ooredoo in restructuring their wireless infrastructure, ensuring equal access, and providing the best data experience in Indonesia,” he added.

Field trials will be conducted for a full month to see the performance and reliability of OpenRAN devices that are connected to other conventional RAN equipment. So far, the statistical data obtained shows that OpenRAN has successfully met the criteria for key performance indicators (KPI) according to the 3GPP Release 15 standards that apply globally and is ready to adopt future technologies.

User experience in doing internet activities using a data connection is also very good. Streaming videos from YouTube and video calling activities run smoothly without buffering. Download and upload activities can be done quickly. This is made possible by the ability of the OpenRAN device to produce download speeds of up to 22 Mbps on the 4G LTE 900 MHz network with a frequency spectrum of 5 MHz, which is equivalent to the performance of other conventional RAN devices.

“We believe the flexibility that OpenRAN offers, especially in the deployment of a video quality 4G network, will contribute positively to the acceleration of social and economic development in Indonesia. We believe that the more Indonesians are reached by Indosat Ooredoo’s video quality 4G network, the greater the potential for resources that can drive the national economy, “concluded Medhat.