Xiaomi Mi A1 Officially Launched in Indonesia, This is the Main Feature that Must be Known 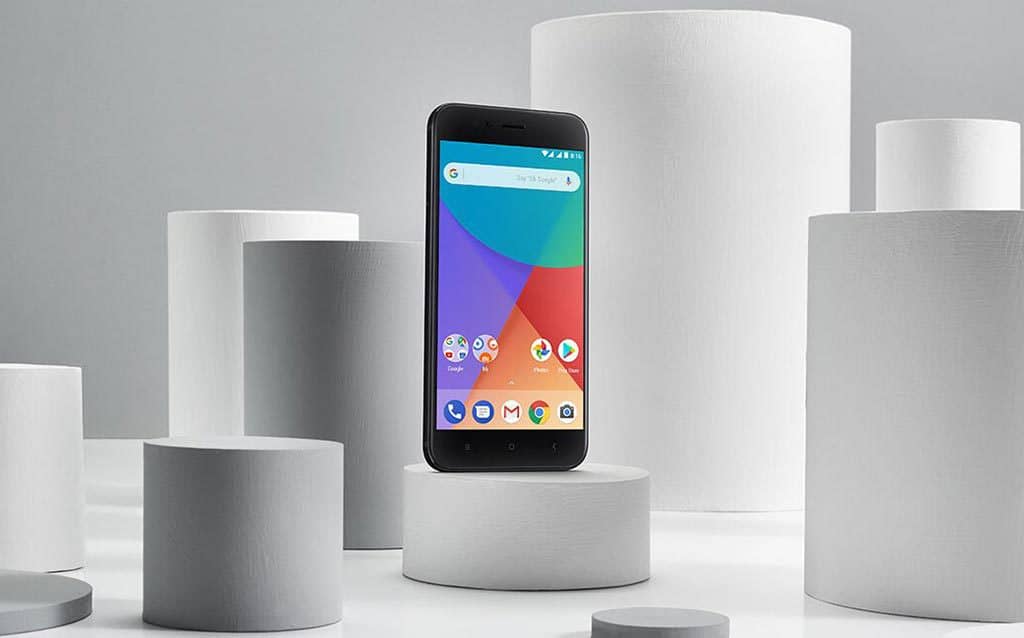 Since the last two weeks, social media enlivened with the latest smartphone Xiaomi Mi A1. Loyal users Xiaomi, better known as Mi Fans, are fanatical and “noisy” in social media.

All the things that Xiaomi smell quickly viral. Apparently, the noise of Xiaomi users not only in social media, the Mi Fans look most excited when new products are launched in Indonesia Xiaomi today, precisely in The Hall, Senayan City, Jakarta (20/09/2017).

A total of 350 Mi Fans from 22 cities shouted jargon-style football supporters, complete with flags and banners. They are so enthusiastic about welcoming Xiaomi’s first smartphone that does not use this MIUI interface.

Mi A1 Smartphone is a product of cooperation between Xiaomi with Google through the Android One program. This product was launched globally in early September in India, and in the not too long period has been launched in Indonesia.

According to Donovan Sung, Director of Product Management & Marketing, Xiaomi Global, this launch also signifies a big step Xiaomi in Indonesia. Because Xiaomi Mi A1 is the first “Mi” device produced in Indonesia by cooperating with assembly plant of Sat Nusapersada.

This phone can be priced at quite attractive in the mainstream class is IDR 3.099.000, slightly more expensive IDR 100.000 than its main competitor Motorola Moto G5S Plus. Xiaomi Mi A1 can be obtained with preorder starting from 25 to 30 September, followed by flash sale which will be done for four days from October 2 to 5 at Lazada shopping site.

Other good news, for the first time Xiaomi offers a guarantee for 15 months for the Mi A1 device. Device repairs can be completed on the same day if done at Xiaomi Exclusive Service Center. As for improvements in non-exclusive service centers that take more than seven working days, Xiaomi will prepare a new replacement unit at no additional cost. Xiaomi currently has 42 after-sales service centers in 34 cities in Indonesia and plans to open 14 additional service centers this year.

Well, what makes this phone so interested, at least by the Mi Fans in Indonesia? Let’s find out here.

Main Features of Xiaomi Mi A1

Mi A1 is the first Android One phone produced by Xiaomi. Previously, Google’s project is more aimed at the entry level with low-end phones like Everett, Mito, Nexian, and Infinix ever last year. Furthermore, the Android One project was upgraded to middle-end after seeing the trend of mobile phone demand among consumers.

The use of Android One which means pure Android-based trigger this dilemma. Because Xiaomi mobile phone has been synonymous with MiUI interface which is favored among Mi Fans. Nevertheless, not a few are also interested in trying new things. Because by using a purely Android operating system, meaning they can no longer enjoy the experience MIUI.

On the other hand, the advantages of using Android One is offering a more practical interface as well as support continuously updated operating system updates as well as the first one. Google party has even confirmed that the Mi A1 will be the first phone that will enjoy Android Oreo update in 2017, even Android P which will be launched next year. This phone is promised to get support OS update at least 2 years.

As an Android One phone, the Xiaomi Mi A1 comes with a built-in Google Photos service that offers unlimited photo storage capacity, unless the user selects backups of the original size.

The use of dual cameras seems to be an obligation for smartphone manufacturers if you want to be called following the latest trends. No exception with Xiaomi who pinned double camera feature in Mi A1.

Mi A1 configuration is similar to flagship Xiaomi Mi 6 and iPhone 7S, although of course with different quality. Configuration is the use of wide angle lens and telephoto lens.

In the main lens, the sensor uses 1.25μm large pixels in order to produce sharper images and better light capture. While the telephoto lens has a 2x optical zoom feature that makes the subject of the photo somewhat distant visible, as well as 10x digital zoom feature that is actually less recommended in photography.

Both lenses allow Mi A1 to take into account the foreground and background of the object, to create a depth-of-field effect or better known as bokeh. And lets users produce photos with better clarity and color sharpness.

In addition, the latest Beautify mode that can make the selfie look more natural can now be used both in front 5MP camera and 12MP rear dual camera.

Xiaomi Mi A1 has a very sleek unibody design, with a thickness of only 7.3mm. Full body metal throughout the body gives the impression of sturdy as well as luxurious. The design is unique with a separate antenna line for smooth display and rounded edges for a more comfortable grip.

The front is dominated by a 5.5 “diagonal-sized screen with Full HD resolution and Corning Gorilla Glass coated to protect from scratches.The reading uses a 2.5D curved model suitable for reading, gaming and video watching.

Available in Black, Gold, Rose Gold, Mi A1 has the unibody design with a whole metal material of only 7.3mm thick, as well as a separate antenna line for smooth display and rounded edges for a more comfortable grip. The phone is also equipped with a fingerprint sensor on the back.

Xiaomi Mi A1 also offers 10v power amplifier for sharper sound and higher volume and ensures this device can provide the best media experience. A special amplifier also provides support for high-impedance headphones up to 600 ohms.

In addition, Mi A1 also has a microphone on top and bottom. Combined with Fortemedia noise reduction algorithm, so can hear clearly even in noisy areas when calling.

As a gimmick, this phone is also equipped with IR (infrared) blaster with Mi

This smartphone is powered by a Qualcomm Snapdragon 625 processor that is manufactured through a 14nm fabrication process. The chipset is claimed to be the best in its class, providing a smoother user experience and more efficient power consumption. Supported also by 4GB of RAM is roomy enough to run various applications and games at once. And 64GB of internal memory to store various content. Xiaomi Mi A1 is also equipped with 3080mAh battery that is claimed to be able to stand all day to run various activities.

Performance is also supported by 4GB of RAM is roomy enough to run various applications and games at once. And 64GB of internal memory to store various content. Xiaomi Mi A1 is also equipped with 3080mAh battery that is claimed to be able to stand all day to run various activities.