Technology is like a double-edged knife. Can be used for things that are useful, but also can bring the negative impact of one of the more disruptive digital extremism. This is the concern of the Pengurus Besar Nahdlatul Ulama (PBNU) as one of the largest mass organizations in Indonesia.

As a concrete form to cope, yesterday (22/5) PBNU cooperated with Kemkominfo, XL Axiata, and the Provincial Government of DKI Jakarta and a number of institutions such as BTPN, Askrindo, BPJS Employment and several digital companies. They will jointly facilitate NU members and the wider community in order to utilize digital technology productively to realize Indonesia’s sovereignty and prosperity in the digital age.

KH Said Aqil Siroj, Chairman of PBNU said this collaboration is an orchestration with all stakeholders of the nation to guard the Unitary State of the Republic of Indonesia and promote friendly, peaceful, and tolerant Islam Nusantara Islam. As well as to realize a just and civilized world order at once against the disquieting digital extremism.

“Social media should not be used for disseminating negative content, just preach through social media, WhatsApp and the viral and so on,” said Said Aqil Siroj, at PBNU Head Office, Central Jakarta. He added, through the digital platform, communication becomes easier and interactive in various formats either writing, sound, images, or video. Multi-directional communication in this large community will stimulate the members’ active participation in conveying ideas and aspirations.

In line with Said Aqil, Minister of Communication and Information Rudiantara strongly emphasized the occurrence of tolerance in social media. He suggested the need for a whitelist of positive content that can drown the spread of negative content so that the spread can be muffled by positive content.

Meanwhile, XL Axiata President Director / CEO Dian Siswarini said the cooperation is in line with the mission and social responsibility. XL Axiata supports the NKRI government to be a venue that accelerates the digital creative economy, encouraging the growth of positive content to counter digital extremism.

“However, digital technology continues to grow rapidly, entering and influencing the daily life of our society, neither avoiding nor denying it, and it is the social responsibility of all stakeholders to get people to benefit and avoid the impact Negative, “he said. 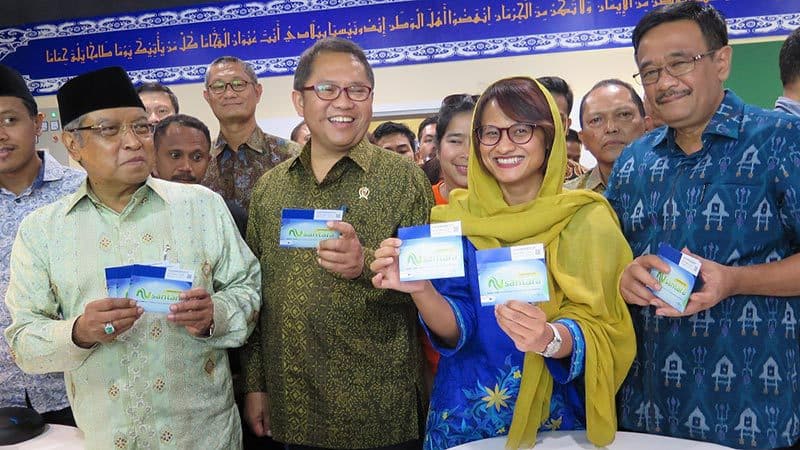 This form of cooperation is the development of command center and smart card. Joseph Lumban Gaol, Chief Digital Services XL Axiata, said the command center in the office of the NU is to provide creative content in the form of text, audio or video that will be broadcasted to all NU citizens throughout Indonesia through various digital media. In addition, the Command Center will also act as an emergency response reporting facility in case of extraordinary events within NU’s congregation.

Furthermore, XL-NUsantara program will develop creative digital ecosystem based on digital economy in Indonesia which will be realized through several fields, especially in education, economy, community empowerment, and entertainment. In its implementation, the program will use Community and Collaboration and Co-Creation approaches and developments that are open to various parties to participate.

To that end, XL Axiata will provide NU membership cards called “XL NUsantara”. This membership card is a digital identity card in the form of a SIM Card which incorporates an integrated electronic money or e-money account that provides access to digital-based financial services to all NU members. NU’s Membership Card based on digital financial services and connectivity is the main pillar that will sustain the digital economic platform for the NU community, as well as the wider Nusantara community.

“This SIM card simultaneously increases the financial inclusion that is being run by the government.This number can be for transactions and digital financial services,” said Joseph.