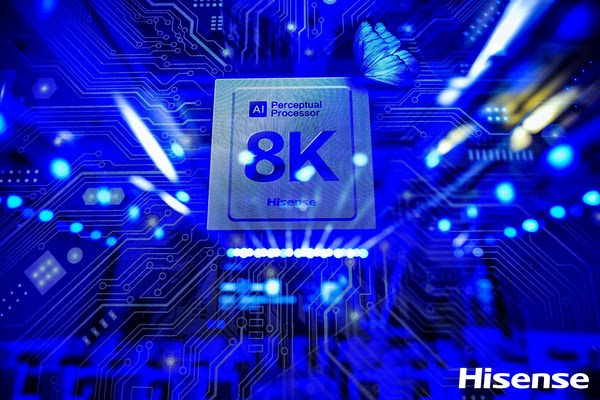 From 2005, Hisense successfully developed the first digital video processing chip with independent intellectual property rights and industrialization. Until 2022, Hisense’s newly released new processor is already the 5th generation chip. It achieves the leapfrog development from 4K to 8K for the first time and makes great breakthroughs in the core technology of AI image quality algorithm.

The Hi-View HV8107 chip not only has the function of supporting over 33 million pixels, but its partition control of 26,880 zones and powerful AI sensing ability can effectively improve the definition, contrast, and three-dimensional sense of TV pictures, allowing users to enjoy an immersive visual experience. It is also particularly amazing in the details of high-speed moving object trajectory capture, skin color improvement, and noise reduction.

The chip is already being mass-produced and will be applied to multiple series of display products in various subordinate brands of Hisense, including Toshiba. In addition to TV sets, the chip can also power professional 8K broadcast monitor products. It is reported that Hisense made a significant contribution to the “Science and Technology Winter Olympics” research and development program. Hisense is cooperating with China Media Group to develop its broadcast level 8K monitors, which provides strong support for full link 8K UHD industry future development.

Winning the Future through Innovation and Technology. The year of 2022 marks a turning point in advancing the globalization of display development. The core technology of image quality represented by 8K perception processor will become an important way to strengthen core competitiveness. Hisense will regard chip research and development as the top priority to make its standout in the whole industry.