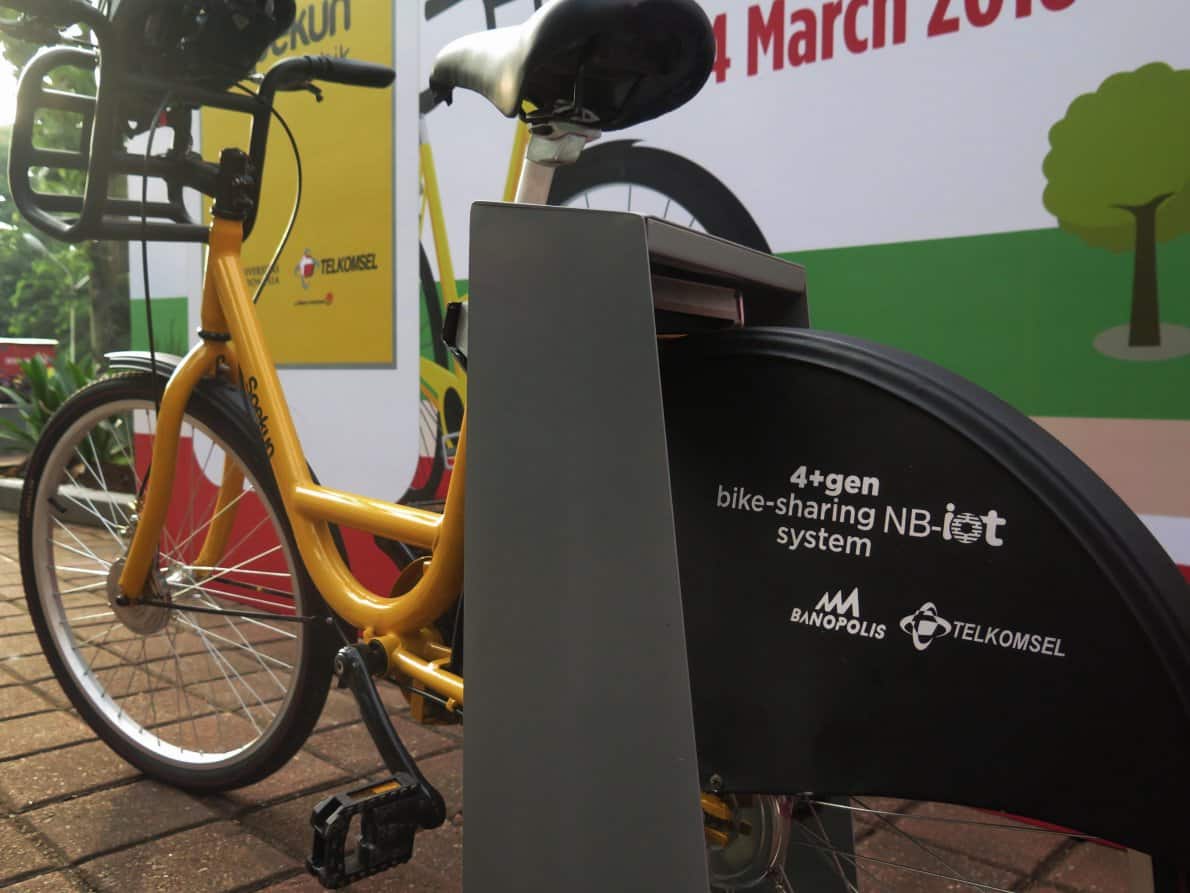 Spekun the Smart Bike Is Ready To Roll On

Not only smartphone that gets smarter, smart bike must be upgraded. That is the concept of bike sharing 4G+ generation that is designed by Telkomsel by applying Narrowband Internet of Things or NB-IoT technology. This bike was tried this week at the University of Indonesia.

This 4G+ generation smart bike Sepeda Kuning/Spekun or Yellow Bike at the UI has improved from the previous 4th generation of the bike sharing system. The bike sharing system makes publics are able to borrow the bike in certain period from one point to another spot. It is called as smart bike as it is equipped with a smartlock that is connected to Spekun application system in Android. The system is compatible with NB-IoT connectivity technology that makes all Spekun are able to communicate with bike operator servers efficiently.

The NB-IoT itself is the latest technology that is able to make communication between machines larger as telecommunication network scope reaches wider without consuming a lot of power. The NB-IoT access radio technology, which is one of the low power wide area or LPWA network technologies, makes it possible for all devices to operate for years without charging it.

How people can use the smart bike?

Consumers only need to download Spekun application in their smartphones. The application will be automatically detect their locations and nearest docking bike sharing pole plus Spekun smart bike availability in the pole. The bike sharing docking pole applies radio-frequency identification or RFID that makes the Spekun can only be parked in that place.

Once users arrive at the pointed docking bike sharing pole, they must scan QR code in the front basket of the smart bike via the Spekun application. Smartlock will be opened automatically then the bike is ready to use.

After users are finished using the smart bike, they can look for closest bike sharing pole. Then, users take the smart bike closer to the pole then the smartlock will lock the Spekun automatically.

The application makes it easier for users to borrow the Spekun smart bike as well as keep the bike in secured and neat place.

President Director of Telkomsel Ririek Adriansyah said, “Today’s trial shows how NB-IoT can be used to connect millions of censors that support business productivity and life quality. This bike sharing trial is part of the NB-IoT technology development that we do to complete IoT technology that has been previously implemented to resume FleetSight and Connectivity Control Center Telkomsel platform innovations.”