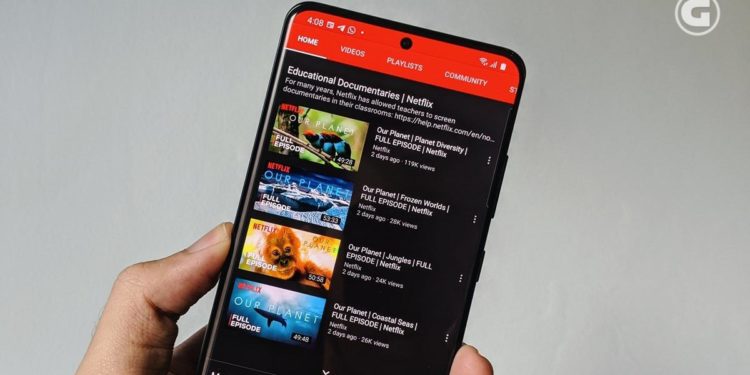 During the pandemic, certain organizations and service providers helped to alleviate the situation by providing the services they had for free. If HBO gives access to some of its television series for free, it’s different from Netflix. This largest video-on-demand platform provides Netflix documentary films on YouTube.

As we know, to access Netflix content, we are required to pay a monthly membership before we can access the application with a personal account. Not to mention if, in Indonesia, Telkom and Telkomsel users have difficulty accessing it. So that Netflix documentary series can be seen by everyone, Netflix uploads documentary film material on YouTube.

For the record, the Netflix documentary on YouTube is currently available in English. Text caption in more than a dozen languages ​​will be available later this week. In addition, it is important to note that if you are a parent or teacher, please check the ranking so that you can make choices based on information for students and children.
Also read: Netflix Indonesia Contributes to Make Internet Use Safer for Children

Watching television shows is one of the main ways in which people get entertainment during the pandemic. That way, the automatic level of use of streaming services such as Netflix jumped. With several free documentary series, you could say this is the way Netflix can thank you, and still be able to provide educational entertainment for everyone.

Some of the Netflix series and documentaries are intended for teachers, as learning material that can be applied to students through virtual classrooms. Later, Netflix will release a question and answer session to some of the creators of the documentary series that aired, so students can understand the perspective directly from the creator. Here is a little description of each of the impressions provided:

If you are one of the instructors, Netflix provides educational material from each of the shows that can be accessed on the link Netflix Media Center.