Even though we have talked about entry-class smartphones, of course we as consumers cannot expect much about the specifications that are carried. Or, at least, if the X features are good, the Y and Z features will definitely be ‘sacrificed’. However, the current situation is much better, through a variety of new products this year, one of them Infinix Hot 10.

Yes, there are more and more entry-class smartphones whose feature values ​​are now evenly distributed to get positive scores. Call it this cheap Infinix smartphone, a smartphone with a pretty tempting presence. How not, the specifications offered look or sound tempting for the price segment.

Are there many flaws? There are, one or two, but it could be that Gizmo friends can tolerate this shortcoming, again thanks to the selling price. Can Infinix Hot 10 compete when juxtaposed with smartphones of the same class from other brands? Here’s the review. 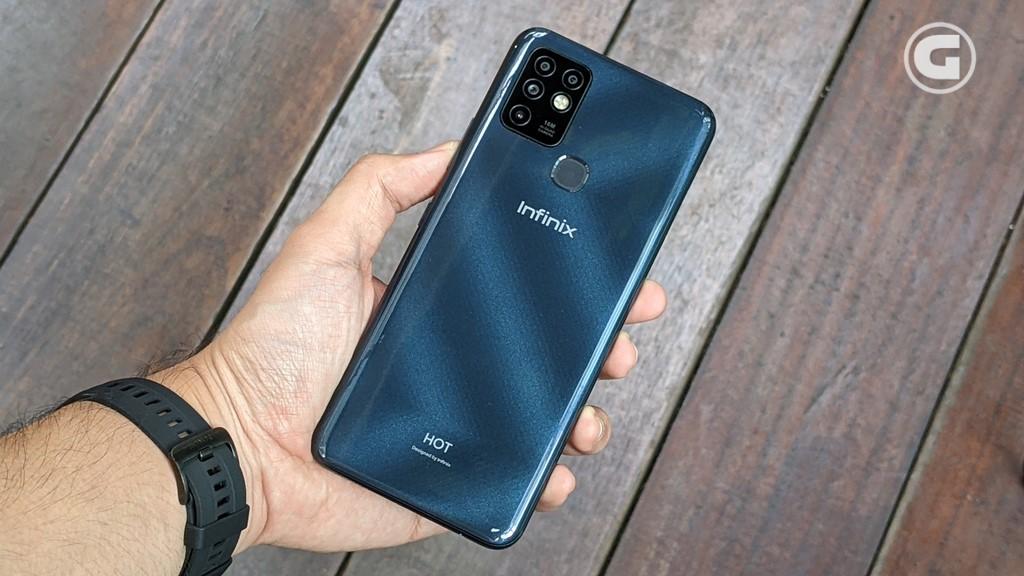 Of course, what is called a million smartphone, the body is made of plastic. Various manufacturers have tried to work around this by giving certain textures and finishes, including Infinix through the Hot 10 series. The Obsidian Black color variant we reviewed has a black color that sometimes looks like dark blue. If exposed to light reflection, you can display a zigzag pattern which is quite cool.

It is not slippery and not easily dirty, but if you look closely, you can see a rather cheap impression for the finishing. It weighs almost 200 grams, with a thickness of 8.9mm. This is not a smartphone that is comfortable for one-handed use, especially for the Asian hands.

The rear camera frame is up to date with a design that is not too prominent for the four camera sensors. While underneath there is a fingerprint sensor which is quite responsive. The corners are made with a comfortable curve in the palm, while on the front is a sizable earpiece at the top, although it doesn’t function as a secondary speaker.

What is quite unique, Infinix includes not only a transparent soft case, but also an extra screen protector or screenguard. If generally it was installed from the start, Infinix chose to present these accessories separately. Not tempered glass, so it will be a bit difficult to install it precisely.

While continuing to read the Infinix Hot 10 review, you can watch live unboxing in this video:

When holding the Infinix Hot 10, I felt like I was using a note series smartphone. The screen is really big! Not only 6 or 6.5 inches, but reaching 6.78 inches. The design is modern using a punch hole camera model (Infinity-O), the panel is IPS and has four relatively thin bezels in its class.

Indeed, the resolution is still HD +. But that is not a problem for me, especially because the screen is large, so during use, the distance between the eyes and the screen is slightly further. Color reproduction, contrast and viewing angles are quite good for the size of the IPS panel, and I didn’t notice any screen bleeds at the edges of the screen, which is generally found on entry-class smartphones. 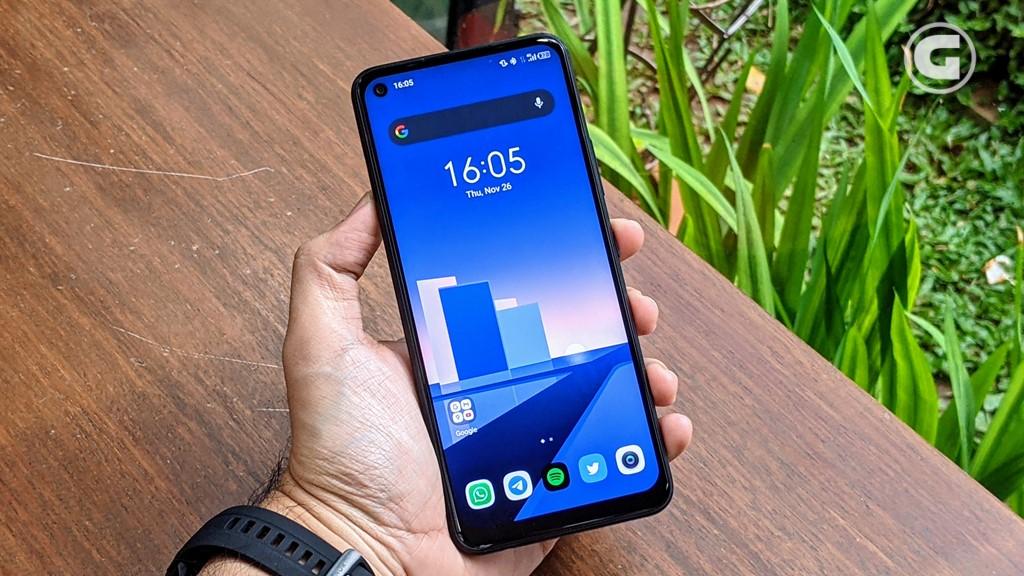 But one drawback that I felt while using the Infinix Hot 10, is the screen sensitivity. Most noticeably when I am typing — if I type a word “hahahaha”, there will be one letter that is not inputted. In fact, I didn’t install the additional screenguard, and the screen was also clean. It might cause problems while playing the game too. 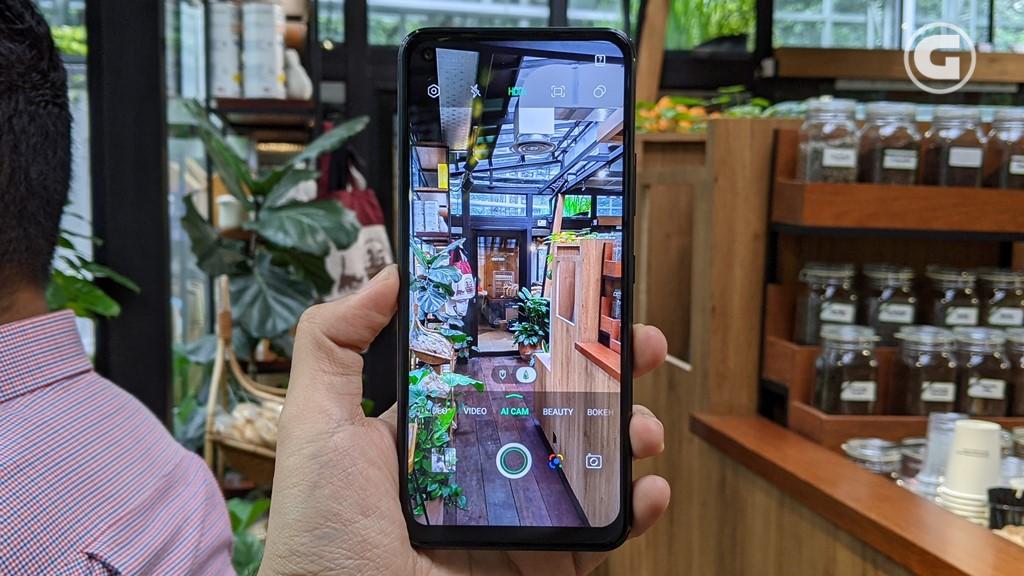 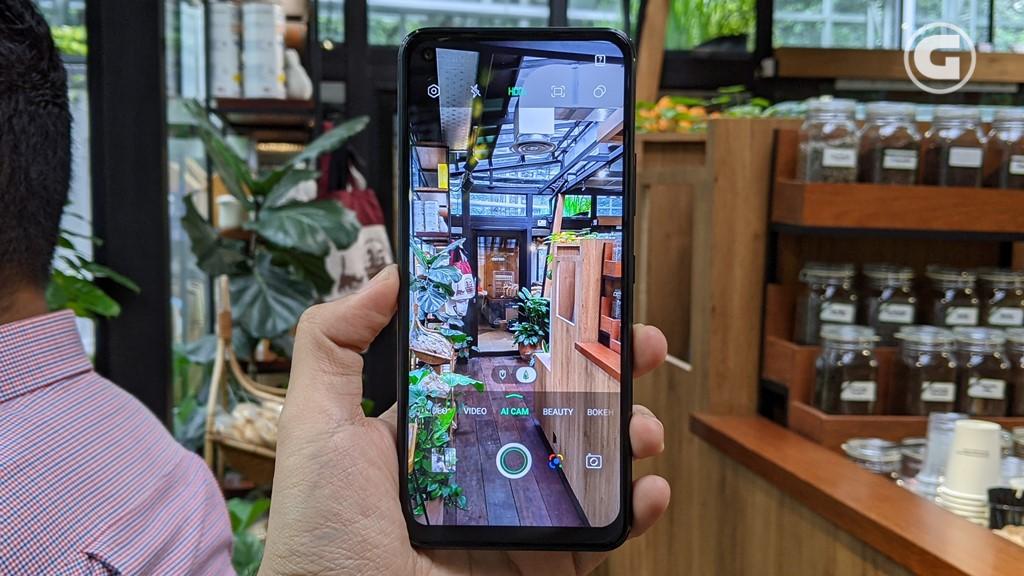 If you look at it from the rear body, it might surprise you, “it’s great, I can give you four camera sensors”. Although the Infinix Hot 10 camera setup actually seems a bit of a gimmick. In addition to the main camera sensor with a 16MP f / 1.9 resolution, there are two 2MP sensors that are tasked with producing macro photos (up to a distance of 4cm) and a depth sensor. The other one? The resolution is QVGA, “low-light sensor”.

Infinix itself does not specify how the QVGA sensor works. It’s different, if others use software, it uses a special sensor. The camera menu interface is quite busy with the many features provided. Unfortunately, there is no professional mode yet to set the parameters at your own pace. But portrait mode, documents to a special night mode are available on the Infinix Hot 10.

While the button above the shutter is a shortcut to change the main sensor to the macro sensor. The results of the Infinix Hot 10 camera are quite satisfying for its class. Starting from the details captured, color reproduction to the dynamic range. Maybe thanks to the additional AI feature that can detect various object scenarios such as food, indoor space to scenery. Video recording support up to full HD resolution, 30fps with EIS stabilization.

Infinix Hot 10 camera photos can be accessed at the following Google Photos album.

What I think is a bit hit-and-miss is its night mode. Sometimes it’s normal or just give a little improvement, but one time it can be quite dramatic or very satisfying. Meanwhile, at the front, there is an 8MP sensor which is good for selfies and video calls — for the latter, when I tried to make a call on Google Duo, the other person said that I looked like I had intensive facial care. 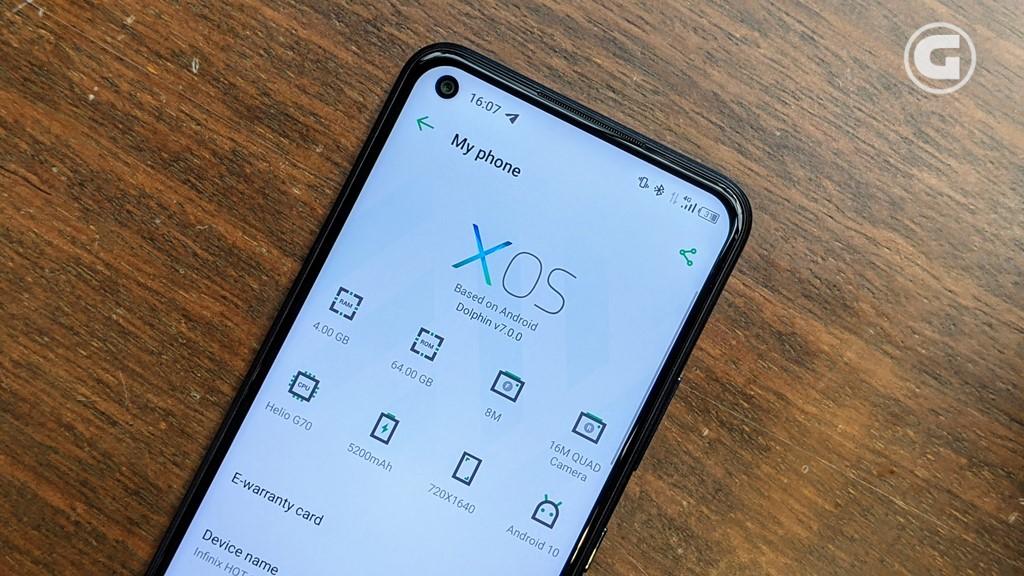 This is the first time I use an Infinix smartphone, with an XOS interface based on Android 10. Early use, wow, it feels really crowded! As if all the additional features are activated and feel full. It was only some time later, after I turned off the extra features on the launcher, lockscreen and others, it felt more fitting.

Even after one week of use, I couldn’t find a way to turn off the lockscreen display which sometimes appears as above. And from the many additional options on the launcher, there is no option to add a “Google Now” page in front. Plus, there is an option to slide up to access the menu, but it cannot be moved down to return to the homescreen. Little things that bother me a little.

The rest is okay. There is a video beauty feature to enhance the quality of the video during a conference as I have mentioned above, sticker maker for WhatsApp, recording voice calls from WhatsApp to WhatsApp in a special mode, so that the data connection can only be accessed by this one application. 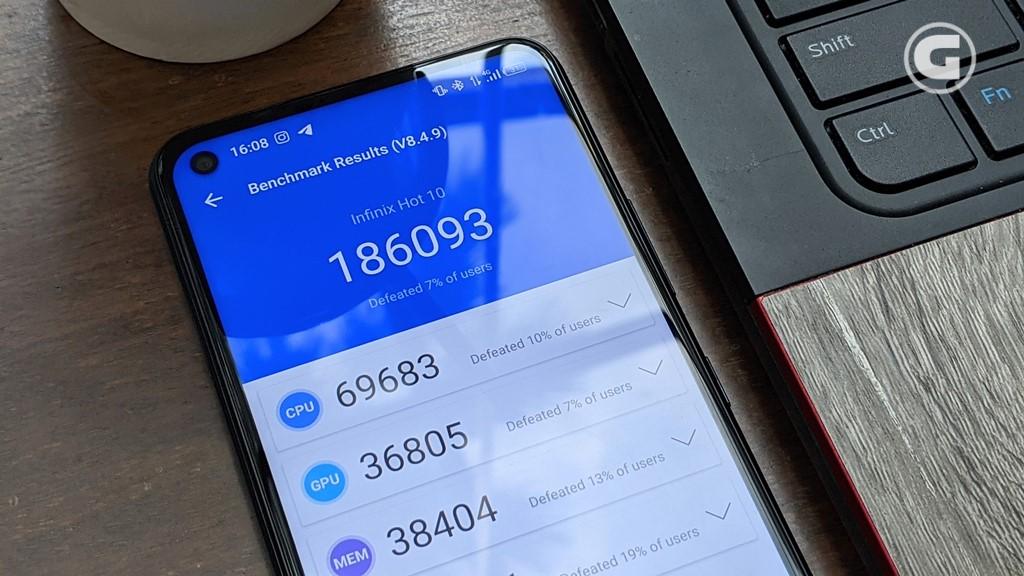 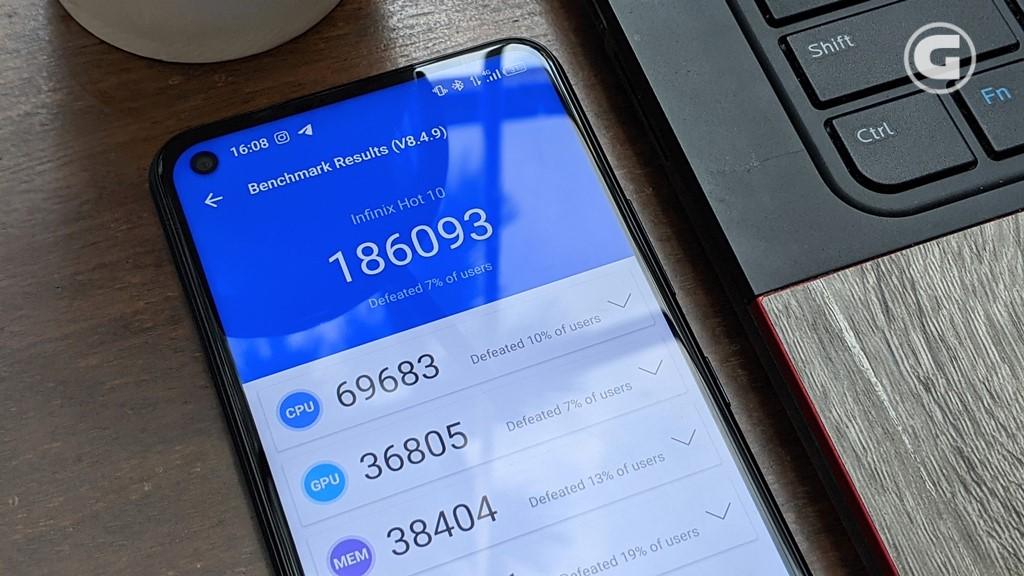 One of the advantages that I think can be a factor in the purchasing power of this smartphone is its performance. It feels fast with the 12nm MediaTek Helio G70 chipset which has an octa-core CPU up to 2GHz. Paired with 4GB RAM, opening and closing applications is quite instant and minimal reloading when multitasking.

Infinix also provides very spacious memory storage options, namely 64GB & 128GB (eMMC 5.1). and because it is included in the G series, of course it will also be comfortable to use to play games. Coupled with a special Game Mode that can set incoming notifications, provide special shortcuts to give notification limits when it’s been playing too long. 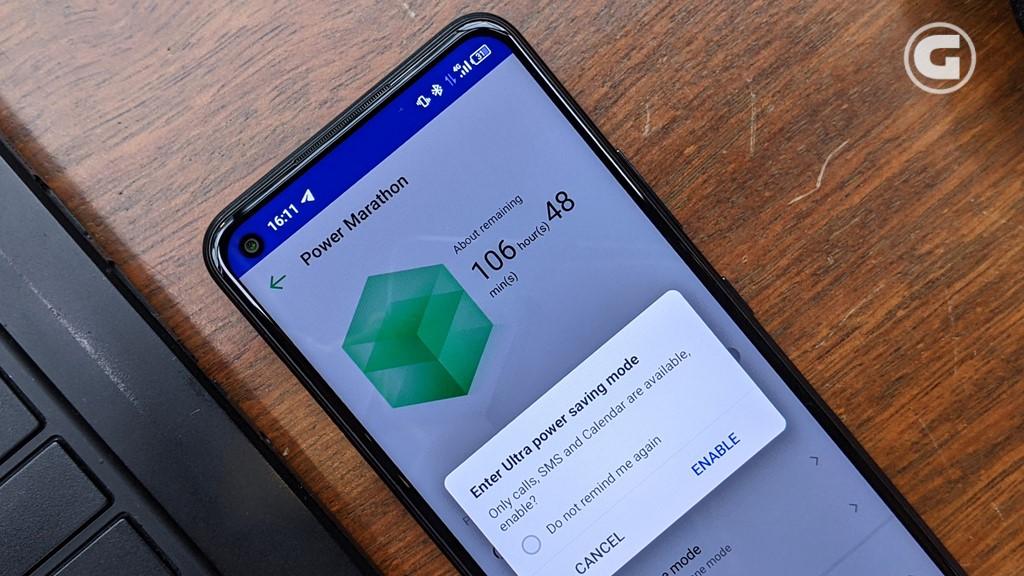 Having a large screen, of course, will also be more fitting if it is balanced with a large battery capacity. The 5,200 mAh battery on the Infinix Hot 10 is very difficult to use up in a whole day. In fact, when I’m using it casually (aka not too intensively), it can last almost three days.

Maybe the combination of HD + screen resolution and chipset is enough power efficient. Coupled with the Power Marathon application that can provide advice on extending battery life, to the ultra power saving mode which is useful in critical moments and away from the plug. However, I found a flaw that was a bit annoying.

Even though you have turned off the battery optimization and power booster features, notifications to the smartwatch like to get stuck when the application on the smartphone hasn’t been open for a long time. WhatsApp and other notifications are smooth, but the smartwatch seems not connected (even though the status is connected). In addition, charging also takes more than three hours, because fast charging is not supported via the micro USB port. 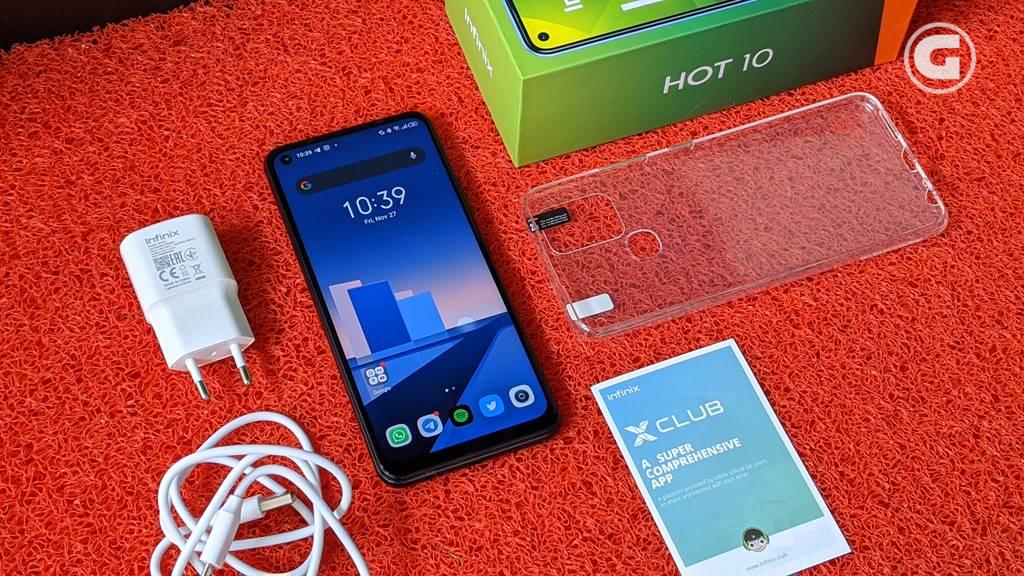 As the title implies, Infinix is ​​able to provide more features through its affordable smartphone, the Infinix Hot 10. Big screen, fast performance, long battery life, complete built-in accessories and XOS interface which provides simple features, although it can also be a drawback for some people.

But again, his name is also in the entry class, there are several shortcomings that cannot be overcome. The camera application is not equipped with manual mode, and the lack of screen responsiveness when typing is one of them. Suitable or not, back to the needs of each Gizmo friends. 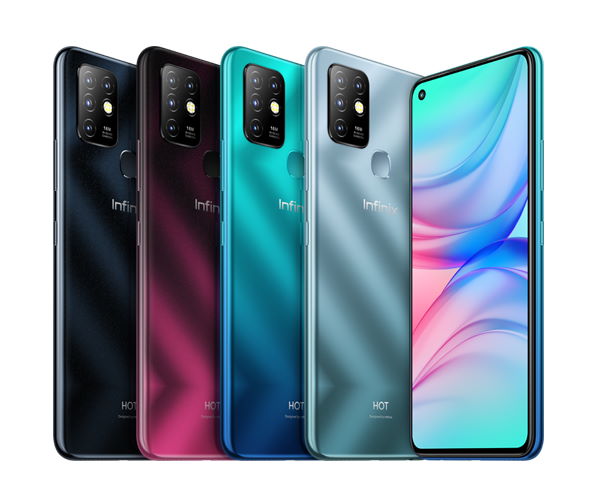 Note: this article also available in Indonesian language, you can read in Gizmologi.ID

Big screen, fast performance, long battery life, complete built-in accessories and XOS interface which provides simple features, although it can also be a drawback for some people.

We collect information from many stores for best price available