Officially Launched in Indonesia, Here’s 3 Awesomeness of Oppo F3 Plus

byChandra Wirawan
in News
Reading Time: 3min read
A A
0

After the successful of F1 series, Oppo continues its invasion in the smartphone market by presenting the newest series of selfie expert. Entitled Oppo F3 Plus, the smartphone is claimed to have many advantages compared to its predecessor, even smartphones on the market today.

In the launch which was held in Jakarta, Thursday (3/23/2016), Oppo F3 Plus offers many updates that will make the selfie-freak feel pampered. Then, whether the update is done Oppo so that makes this smartphone so special?

Oppo F3 PlusOppo F3 Plus carrying the unibody design, in which 98% of the material used is metal based. Not only give the impression of luxury, this material also makes it look tough. In fact, the toughness is so pronounced when first we clasped the body that impressed by its textured matte.

As the plus version of the F3 which will be launched next May, Oppo F3 Plus has a screen that is fairly large, namely the 6-inch panel JDI Incell full HD resolution (1920 x 1080 pixels). With the screen is fairly large, certainly the risk of scratches is also greater. Fortunately, this smartphone is reinforced with Corning Gorilla Glass 5 which is 80% stronger than Gorilla Glass 4. It claimed, a layer of glass is resistant to different types of impact even if dropped from a height of up to 1.6 meters. 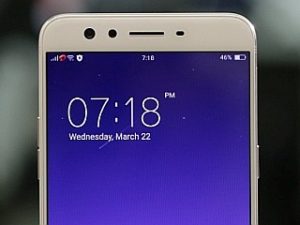 Not just the power, Oppo F3 also offers a better mobile experience. This is due to the presence of specifications that somewhat qualified as well as features that can support the activities of the mobile user.

While the other features a fairly premium and innovative, is Lightning-Fast Touch Access that makes access smartphones become more secure with the use of technology the fingerprint scanner. Different with the features similar in other smartphones, the features on the smartphone is claimed to be faster, which takes only 0.2 seconds to scan your fingerprint. 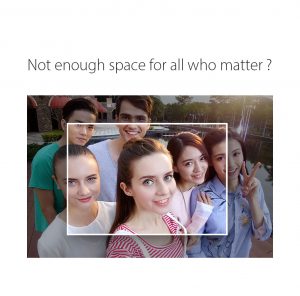 Oppo F3 Plus appears to reinforce Oppo position as a selfie expert. This claim is not excessive given this China vendor, this brings a variety of cutting-edge technology that makes the experience of the selfie becomes more impressive.

On the camera front, Oppo brings a dual-camera, where the camera main resolution of 16 MP. To get the photo group selfies wider, there is 8 MP camera with lens angle of 120 degrees. So, selfie rollicking could be possible without having to use a selfie stick to get the desired position at once catch a lot of people in one photo frame.

Even Oppo F3 Plus have a sophisticated selfie feature, Oppo is certainly not ignored the rear camera. For the performance of the mobile photography that is so good, Oppo presents a 16 MP camera with the latest 1/2.8 inch IMX 398 sensor from Sony.

In addition, the rear camera is also reinforced with the technology of dual PDAF which is the result of a collaboration Oppo with Sony in which make the camera able to capture the focusing image 40% faster even in low-light. The F/1.7 aperture also makes the camera is able to capture more light, so photos were taken to be more sharp and detailed.

Well, with the privileges that have been mentioned above, do you think Oppo F3 Plus worthy to be called as a selfie expert smartphone?

The Luxury of Samsung Galaxy S8 Gold Has Been Revealed